The Novus Ordo in Milan is running a pilgrimage to Germany — to trace the steps of Martin Luther! 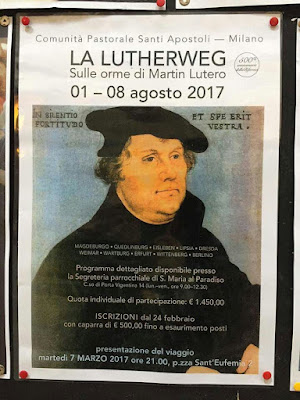 Hanging on a note board in Milan.


The Latin to either side of the heresiarch, Luther, reads “To live in peace and confidence shall be your strength.”  The trip will last a week, cost €1,450.00 and include visits to Magdeburg, Quedlinburg, Eisleben, Leipzig, Dresden, Weimar, Wartburg, Erfurt, Wittenberg, and Berlin!  Hurry, as registration was opened up February 24th and don’t worry there is no need to pay the full amount a €500 deposit will reserve one a seat.  If you are in Milan, Italy and interested in further details please visit the Parish Office of Santa Maria al Paradiso. 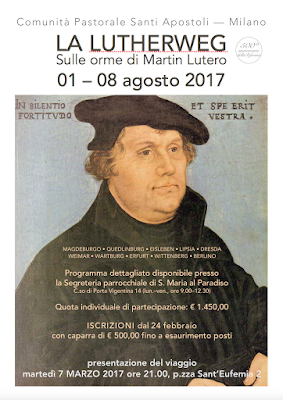 The official notice of the trip from the website of the
Pastoral Community of the Holy Apostles — Milan. 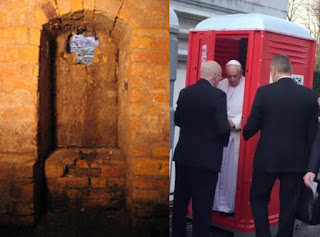 Francis, like Martin Luther, is obsessed with bodily functions.


Just think, you could be following in
the footsteps of a heresiarch too!!! 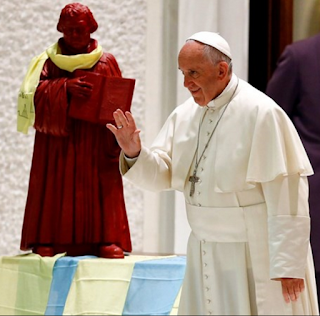 Francis guarantees this pilgrimage will ‘purify your memory’ of the Catholic Faith!
Posted by hereisjorgebergoglio at 2:47 PM