Leave it to Francis’ Vatican to celebrate a communist holiday.  The earliest Woman’s Day celebrations happened in the United States of America with socialists leading the way and then in several European countries with the communists being the impetus behind the day.  It wasn’t until 8 March 1917 in Soviet Russia that it became an official holiday.  Alexandra Kollontai persuaded Vladimir Lenin to make it so and in typical communist fashion even though it was a holiday for women, they still had to work.  It was only in 1965 in the Soviet Union that it truly became a non-working holiday.

Here are some of Alexandra Kollontai’s thoughts on the family:


Communist society will take upon itself all the duties involved in the education of the child, but the joys of parenthood will not be taken away from those who are capable of appreciating them. Such are the plans of communist society and they can hardly be interpreted as the forcible destruction of the family and the forcible separation of child from mother.

The woman who takes up the struggle for the liberation of the working class must learn to understand that there is no more room for the old proprietary attitude which says: “These are my children, I owe them all my maternal solicitude and affection; those are your children, they are no concern of mine and I don’t care if they go hungry and cold – I have no time for other children.” The worker-mother must learn not to differentiate between yours and mine; she must remember that there are only our children, the children of Russia’s communist workers.


Kollontai was also an advocate of “free love”.  When you see someone support International Women’s Day this is what they are standing for.   Isn’t it ironic that Francis who has publicly stated, “Marxist ideology is wrong” later turns around and promotes this day?  Even though he believes it is wrong he sees no difference between what he espouses and communism, “I can only say that the communists have stolen our flag. The flag of the poor is Christian. Poverty is at the center of the Gospel...Communists say that all this is communism. Sure, twenty centuries later. So when they speak, one can say to them: 'but then you are Christian'.”  To us at Call Me Jorge... what takes the cake (pun intended) is how communist Francis views women, “I would like to note the increased presence of women, still not too many … they are the strawberries on the cake, but we need more!”  It’s fitting that Francis is on retreat, while this day takes place, listening to Fr. Giulio Michelini perverting the New Testament by reading it through the lenses of the Talmudic Jews — Baal Shem Tov & Elie Wiesel — because communism is Talmudic.  There’s a reason Karl Marx called Moses Hess, “my communist rabbi” and Friedrich Engels said, “My conversion to Communism was definitely due to Hess.”  A small side note, Moses Hess is also the father of Zionism and National Socialism (Nazism).

Below are a few short videos of the Vatican’s celebration of this ‘great’ communist day.  Billed as “Voices of Faith” listen to women (some of them immodestly dressed) blather on, in the manner of Francis, about a lot of non-Catholic nonsense.  The term from the shetl, “useful idiots” springs to mind when watching them.  For the Vatican and Francis this seems to be par for the course.

International “strawberries on the cake” Day

Being a refugee helps women regain their femininity! 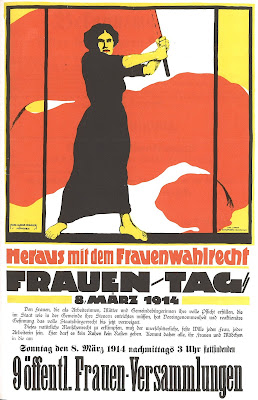 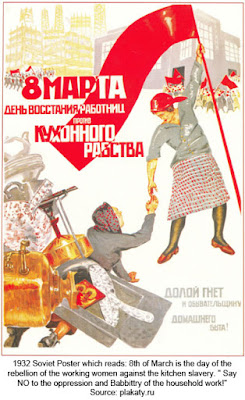 Posted by hereisjorgebergoglio at 12:11 PM