Francis “the first Moslem” has a new title, “pope sheik!”

this didn't happen by accident. 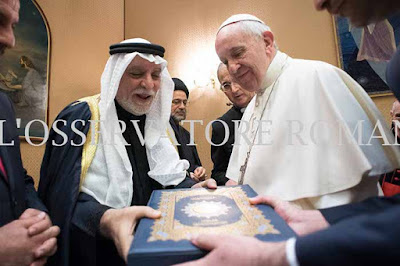 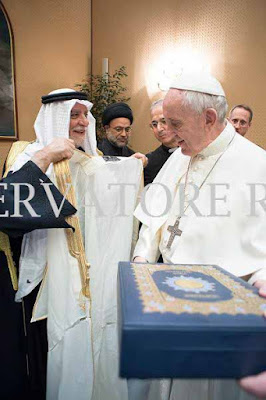 Since, Francis believes that the god of Islam and God of Christianity are the same... 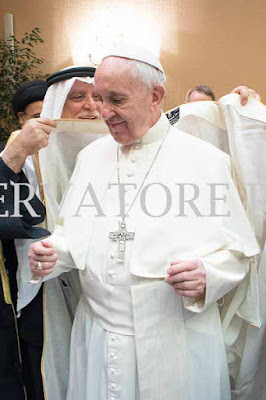 ...why not add some Moslem clothing to his ‘humble’ closet? 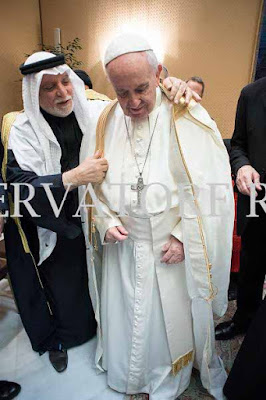 It comes with a new title, ‘Pope Sheik’ which is fitting for Imam Bergoglio. 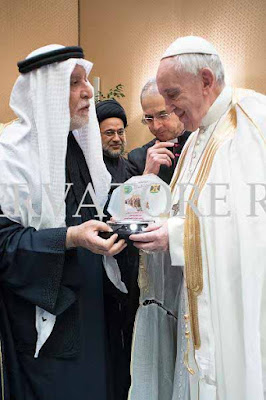 ‘Death to Catholic Europe and Catholics in the Middle East!’


Francis addressed the Standing Committee for Dialogue Between the Papal Council for Interreligious Dialogue and the Superintendents  of Iraq, the highlight was this gem of modernism.

Francis: “We are brothers and, as brothers, we are all different and all the same. Like the fingers on a hand: there are five fingers, all are fingers, but all different.”


Who do the five fingers represent?  According to those groups in attendance from the inter-religious Iraqi delegation; Shiites, Sunnis, Yazidis, Mandaeans, and Christians.  How many of those fingers reject Jesus as the Christ?

After receiving a Koran as a gift this brief exchange of words took place.

Moslem: “This is a symbol... given to the sheikhs. So they call you Pope Sheikh.”

Francis: “Did you just give me an upgrade?”

...and who could forget only 4 days before, Imam Bergoglio visited a Moslem family from Morocco living in Milan, Italy. 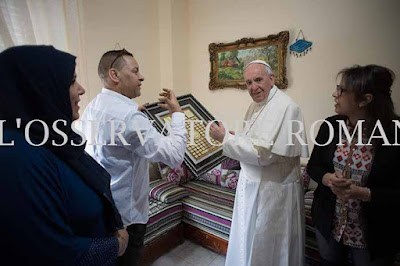 Do Gnosticism and the 99 names of Islam’s Allah have a connection?


Francis receives as a gift the 99 names of Allah 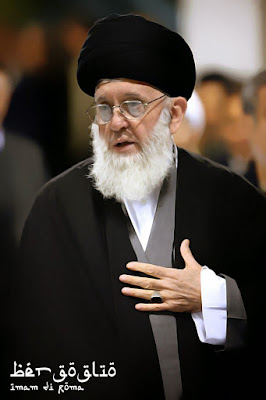 Allahu Akbar, the destruction of Christianity is great!
Posted by hereisjorgebergoglio at 10:57 AM