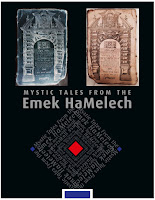 Mystic Tales From the Emek HaMelech


When Francis had a private audience with Chasidic Jews from Poland the other day, he greeted them in the old papal apartments where heads of state and their bureaucratic lackeys as well as religious delegations are met.  Before Francis got around to swaying and listening to a Yiddish song, he was presented with a gift.  This gift was a book named Mystic Tales From the Emek HaMelech and was written by Rabbi Naftali Hertz and edited by Rabbi DovBer Pinson.  The author claimed to have been a student of the AriZal (Isaac Luria) even though he never met him.  The book,  Emek HaMelech, asserts to flesh out the teachings of the Lurianic Kabbalah.  The introduction to Mystic Tales From the Emek HaMelech explains it thus:

So what Lurianic Kabbalah concepts will the stories be instilling in Francis?


Since Francis already knows about good vibrations and loves to mock Our Lord, Jesus the Christ, is it any wonder he was overjoyed at receiving this book?  His inner (chasidic) Jew must be jumping for joy!  We at Call Me Jorge... wonder what Lurianic Kabbalah bilge will be flowing from the mouth of Francis during his homilies, inculcating the unsuspecting people in the pews throughout the upcoming summer months? 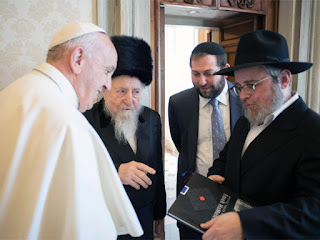 Rabbi Chaim Boruch (Edgar) Gluck, the guy in the fuzzy spodik and
bigdei shabbos finery, has his assistant present the book to Francis. 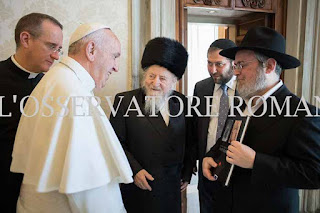 The Chasids show the cover of ‘Mystic Tales From the Emek HaMelech’ to Francis. 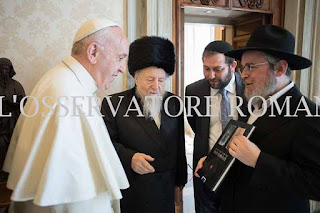 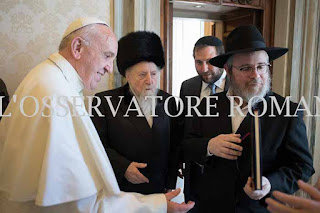