Francis a “devotee of the broom” 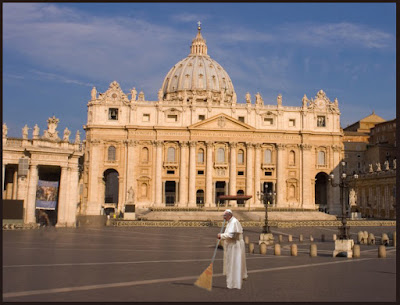 “Some are devotees of the saint, others of ecology,
and I am devotee of the broom he used.”

Martin de Porres Velázquez, O.P. (1579 AD -1639 AD) was a lay brother in the Dominican Order.  He is often portrayed with a broom.   This is a representation of his humility and the way he dedicated himself with love to even the most menial of tasks — something which Francis is entirely deficient of.  As we see in the video Francis is the joker when it come to the Catholic Faith but is pious and respectful when it comes to Islam and Talmudic Judaism. 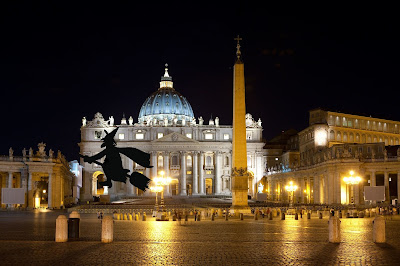 After finishing sweeping, Francis’ inner-Jew came out and put a kabbalistic spell
on the broom.  Which he proceeded to ride back to Casa Santa Marta.
Posted by hereisjorgebergoglio at 3:49 PM