the delusions of degeneracy


It matters little if one is a Judaic (alleged) convert to Catholicism, former Catholic priest, and peritus at the Second Vatican Council as is Gregory Baum, who also believes that the Christian world is in need of conversion after Auschwitz, or if one is an icon of the ‘conservative’ Novus Ordo who espouses the Noahide laws and champions Raymond Burke as a saint walking among us, as is Michael Voris.  Both believe wrongly that deviant behavior will bring one closer and lead others to God.  These two perverted narcissists have wallowed so long in degeneracy it has hampered their judgement in all things. 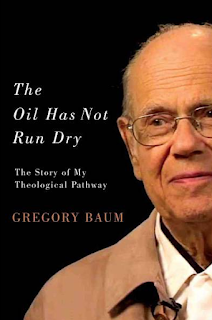 “I have asked myself if there is a special meaning in the homosexual condition. God creates the great majority of humans heterosexual and only a small minority homosexual. Is there a special task associated with the condition of the latter? Since they are an oppressed minority, aware of the hypocrisy of society and the damage done by the dominant culture, I have suggested that gays and lesbians are intended to extend solidarity to all marginalized groups and demand greater justice. Because homosexuals are largely invisible in society, their prophetic vocation will have a cultural impact and support the struggle for human emancipation.”

— Gregory Baum, last chapter of The Oil Has Not Run Dry —


St. Peter Damian on the Vice of Sodomy

Posted by hereisjorgebergoglio at 12:14 PM