Who knew Donald Trump also had an inner-jew?

Trump decides to fight Israel’s ‘The War on Terror’

Donald Trump traveled to Saudi Barbaria, Israel, and Italy.  Also scheduled for this trip are travels to Belgium, the European Union headquarters, and a return to Italy.  His first stop was in Saudi Barbaria where he signed a $110 billion weapons deal with Saudi Arabia’s King Salman bin Abdulaziz Al-Saud.  This deal was negotiated by Trump’s Chabadnik son-in-law, Jared Kushner.  We at Call Me Jorge... wonder if the cash-strapped: Trump, Kushner, and King Salman, discussed cash-flow and bribes?

And then they did this... 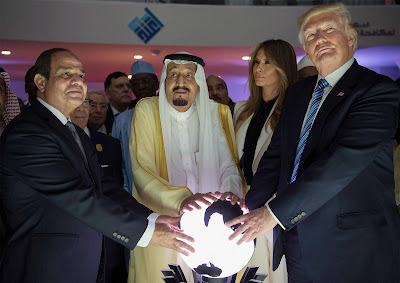 
Next up was Israel. Before becoming the first standing President of the Federal government of the United States of America to visit the following sites, Trump was greeted with billboards such as this around the country. 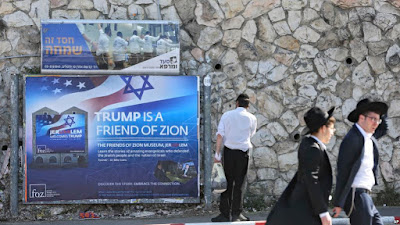 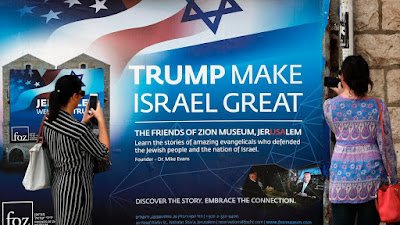 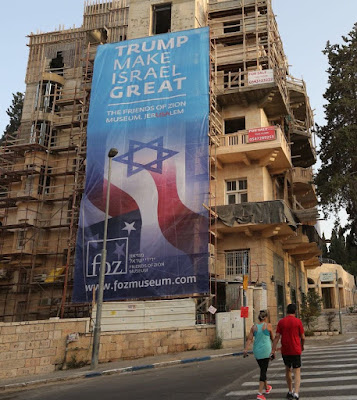 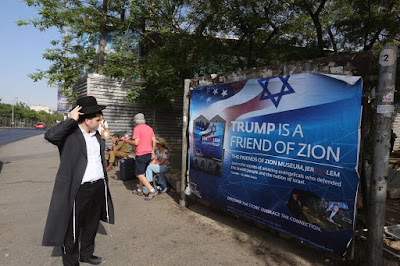 And on to the trash dump (according to Rabbi Isaac ben Solomon Luria Ashkenazi) which was formerly a retaining wall of the Roman Fort Antonia but is now known as alternatively as the ‘Kotel’, the ‘Western Wall’, or as the ‘Wailing Wall’.

For more information on this site see: Francis & the Shekinah 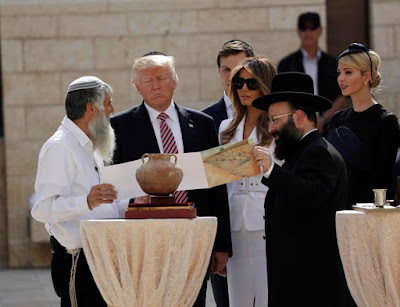 The rabbi shows Trump the history of the former trash dump. 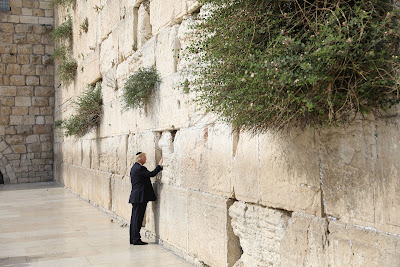 No that’s not the wall which the apartheid state of Israel has
put up to fence away the Palestinians — Christian and Moslem. 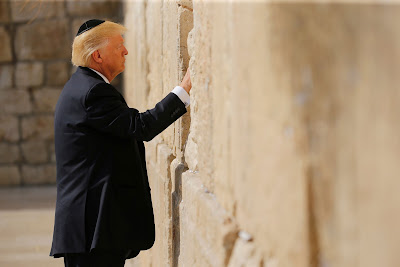 That’s definitely not the wall Trump promised to build to keep Mexicans in Mexico. 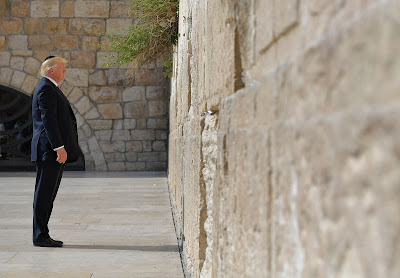 Trump checking out the Shekinah emanating from the wall. 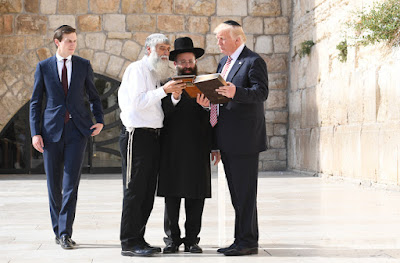 Rabbi Rabinowitz reads and then gives Trump his talisman. 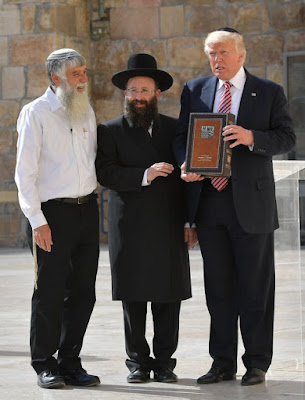 The Donald received this gift, A Book of Psalms, from Rabbi Shmuel Rabinowitz Shlita, in the black hat.  Inside it is inscribed, “This ancient book will safeguard you so you can safeguard the entire world.  With appreciation and admiration for being the first United States president to visit the Western Wall.” 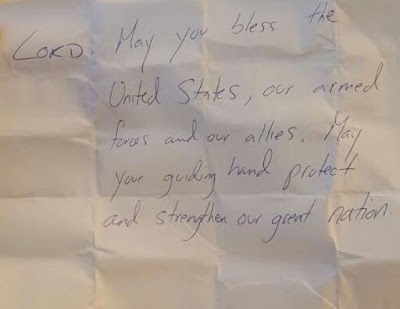 Looks like the USA is going to be continuing the ‘War on Terror’ according to Trump’s
note that he placed in the mystical stones — he believes was read by God. 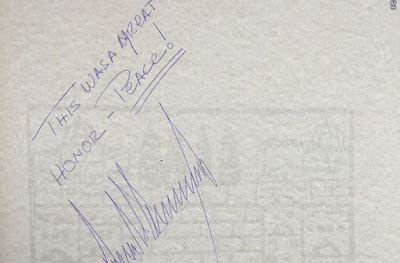 Trump signed the guest book at the former trash dump too! 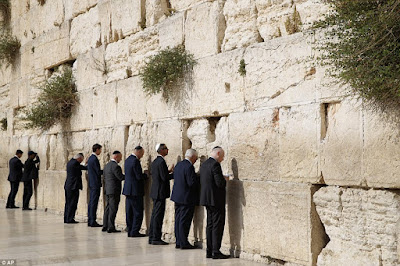 Is this a White House staff meeting? 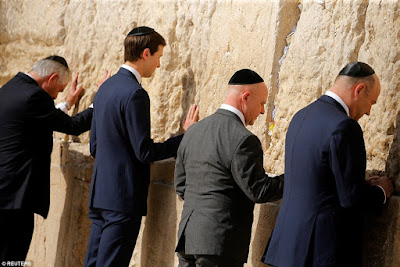 How many of these men are followers of the Rebbe Menachem Mendel Schneerson? 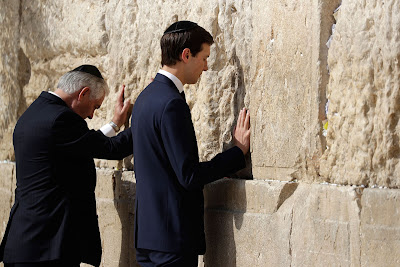 Unfortunately, Jared didn’t zivug with the Shekinah which is strange because he is a Chabadnik.


Don’t worry the ladies got to practice their kabbalistic magic too.  It was just in the woman’s section as progressivism is only for gentiles. 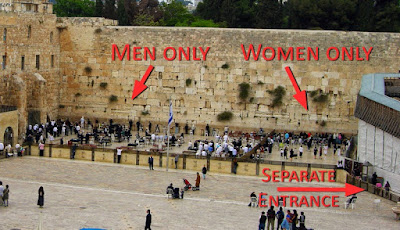 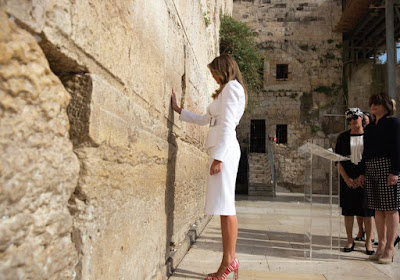 Melania Trump getting in touch with the Shekinah! 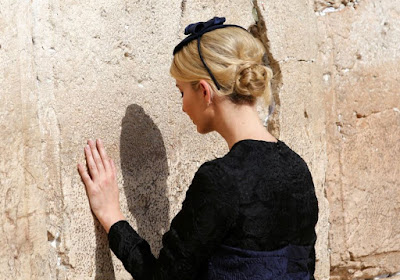 Yael Kushner is into this ritual magic...she even cried and said
it was, “meaningful to visit the holiest site of my faith.”

Trump goes to the Wall


America is back in the Middle East & Israel
will help them defeat their created golem, ISIS! 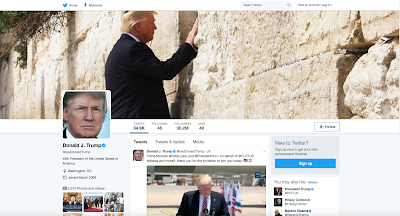 Screenshot of Donald Trump's twitter account — says everything
you need to know about the man and his beliefs.


And of course ISIS claimed responsibility! 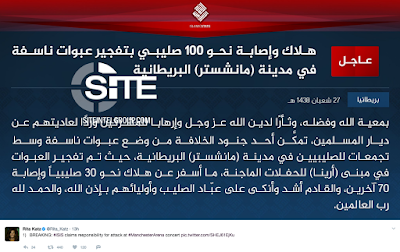 We know this because the press agent, for the late Osama bin-Laden and current press representative for al-Qaeda and ISIS, Rita Gabbay-Katz al Baghdadi and her SITE group told us so.  Her father might have been hung in Iraq for being an Israeli spy but she certainly isn’t one!

Trump at Yad Vashem where he pledges to Holocaustianity... 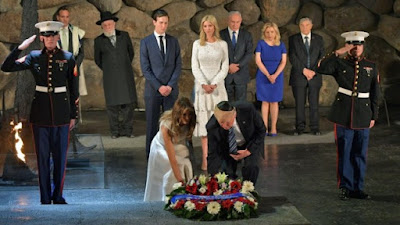 Trump places a wreath on top of ashes of Jews gassed and cremated by the National Socialists in World War II. 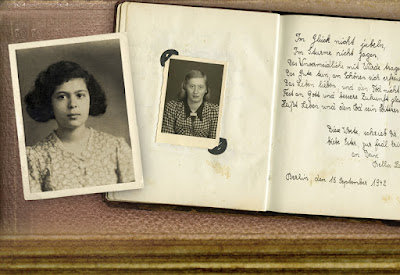 Trump was given another gift, a replica of a ‘Holocaust Era’ personal album of Ester Goldstein. 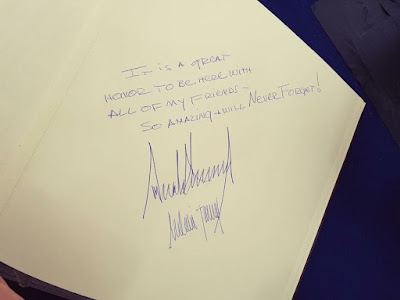 The primacy of  Counterfeit Israel’s ‘Holocaust’


Outside Trump gave a speech where he said, “it is our solemn duty to remember, to mourn, to grieve and to honor every single life that was so cruelly and viciously taken.”

‘The War on Terror’ or MIG — Making Israel Great! 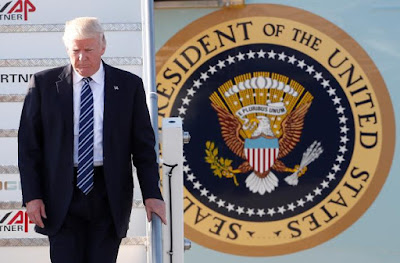 Posted by hereisjorgebergoglio at 8:12 PM