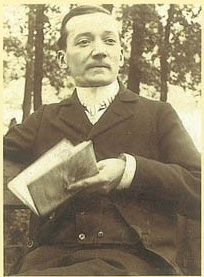 Aimé Pallière was a French Catholic writer, editor, and journalist born in Lyon, France (17 November 1868) and died in Saint Michel de Frigolet,Tarascon, France (24 December 1949).
He was a practitioner of the Noahide laws and a disciple of Rabbi Elie Benamozegh as well as editor of his book, Israel and Humanity.  Pallière was a collaborator of the Alliance Israélite Universelle under the pseudonym of Elie Loëtmel and president of the Universal Union of Jewish Youth.  He is buried at the Abbey of Saint-Michel-de-Frigolet (Bouches-du-Rhône).  The foreword to his book, The Unknown Sanctuary: A Pilgrimage From Rome to Israel, fills in the rest of the blanks. 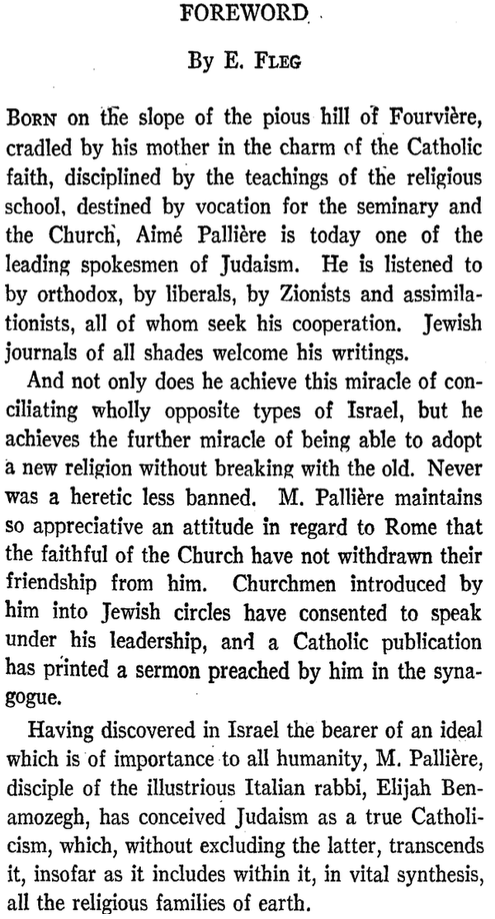 Here we have a man who believes that Talmudic Judaism is the source from which the Catholic Faith springs.  Amazingly, the Church of his day didn’t excommunicate Pallière because of his heretical beliefs, instead one of its magazine published his sermon!  And to top it all off, even though he converted to Talmudic Judaism, he is buried at a Catholic abbey!


“The spread of a modified Pharisaism to the ends of the earth has fortunately not prevented the endurance throughout the centuries of the unchanged faith, in Rabbinic Judaism. Pharisaism became Talmudism, Talmudism became Medieval Rabbinism, and Medieval Rabbinism became Modern Rabbinism. But throughout these changes of name, inevitable adaptation of custom, and adjustment of Law, the spirit of the ancient Pharisee survives unaltered.”


Below is are two excerpts of letters from Rabbi Elie Benamozegh to Aimé Pallière published in the same book mentioned above, The Unknown Sanctuary: A Pilgrimage From Rome to Israel.  The rabbi writes to Aimé stating that future of the human race lies in the gentiles following the man-made noahide laws of the rabbis. 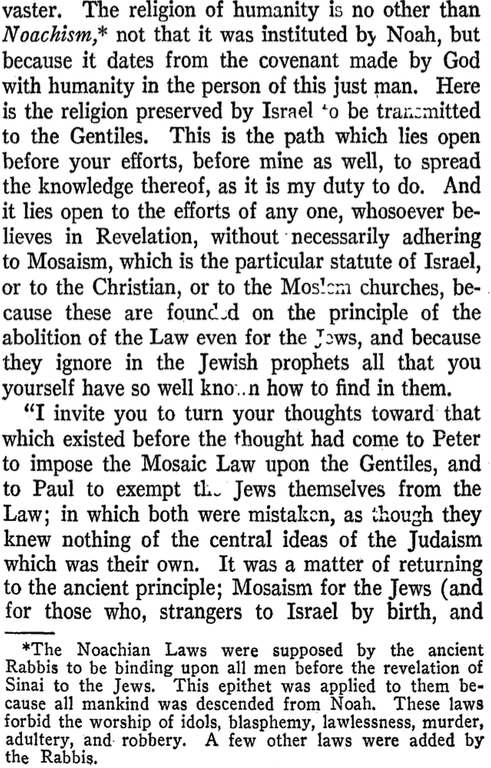 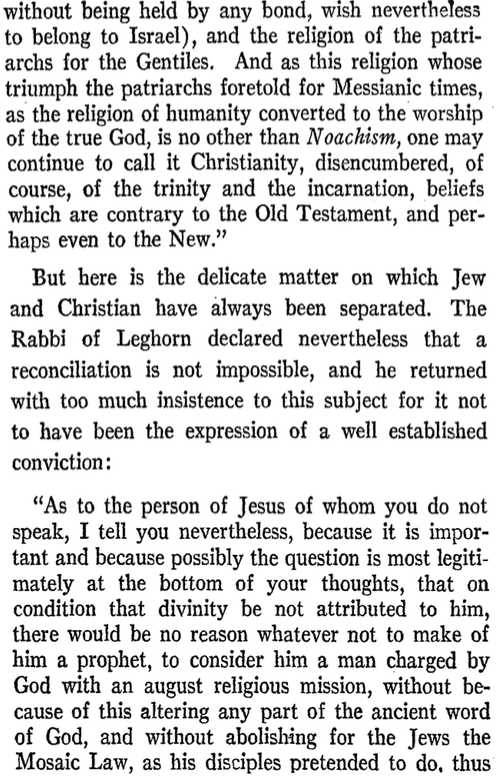 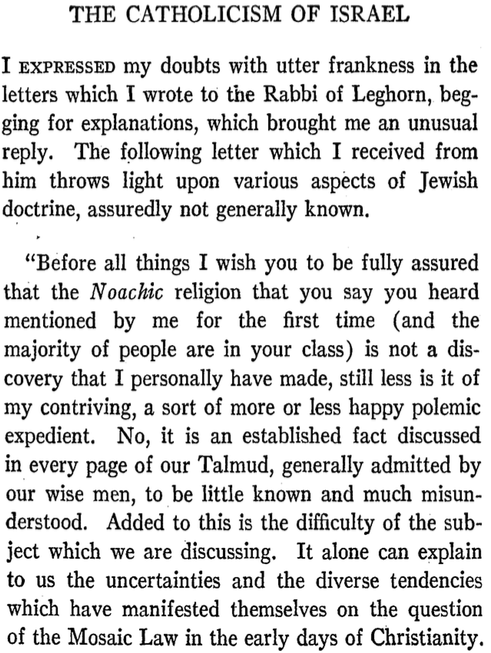 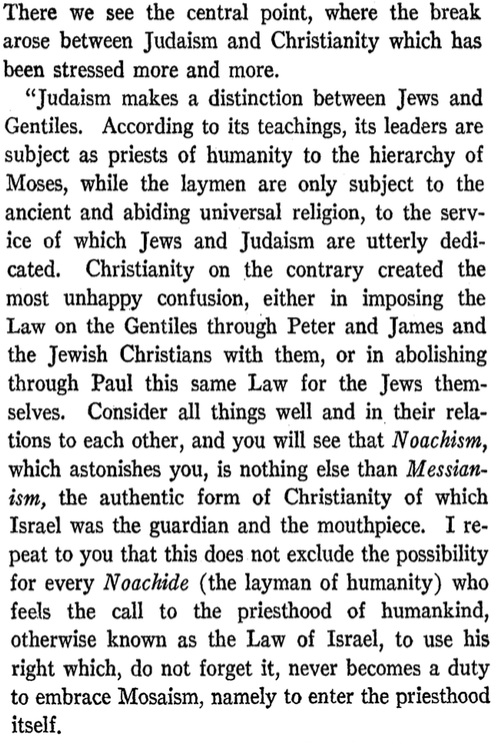 Wow!  Keep in mind that Aimé, who lapped these heresies up and spread them among his Catholic circles, was never excommunicated!  Following are excerpts from the conclusion of The Unknown Sanctuary: A Pilgrimage From Rome to Israel.  The total apostasy of Pallière makes itself evident in his bizarre nightmare of a fantasy where: Islam & Catholicism come to realize they originate from the same Talmudic root whom they borrow any truths that they possess from; equates Yom Kippur to the death of Our Lord Jesus the Christ on Good Friday; dreams of Jesus the Christ becoming aware that he isn’t the messiah; sees Hillel, the pharisee and father of rabbinic Judaism, as a saint (the SSPX would agree!); and concludes with the words of his spiritual master, Rabbi Elie Benamozegh, that mankind will not come to terms with itself until it adopts the noahide laws! 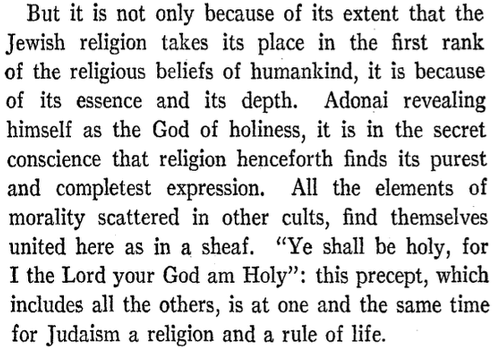 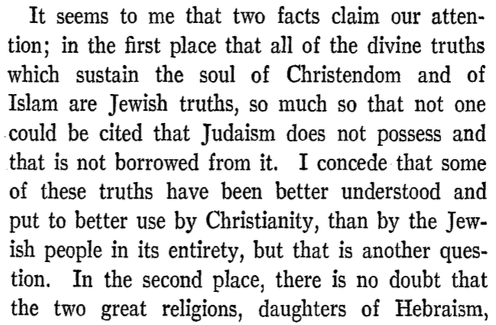 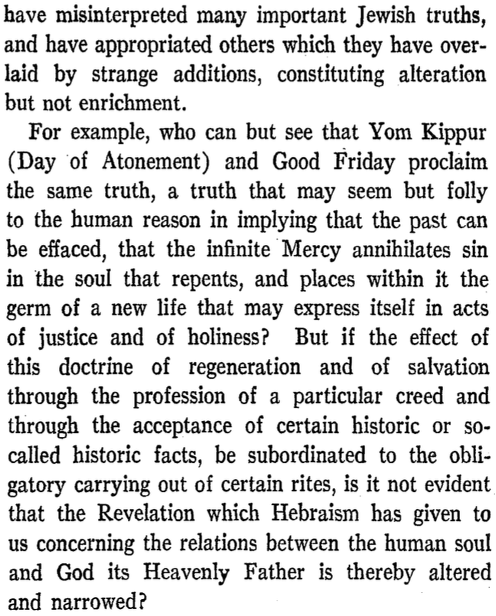 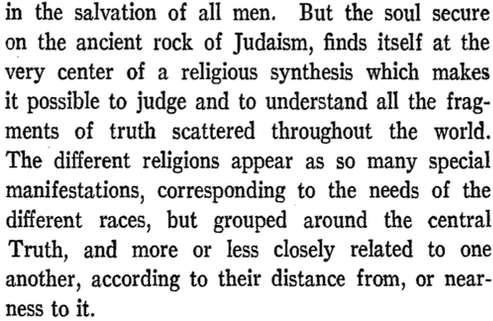 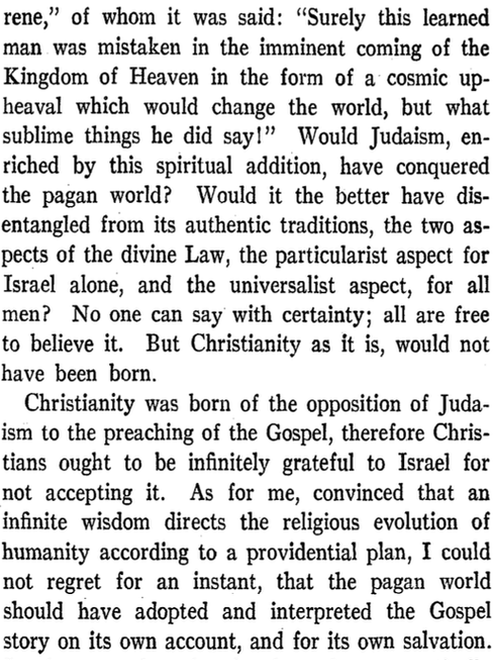 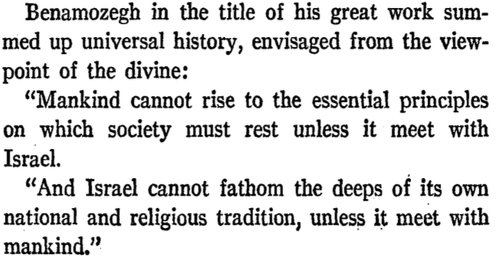 This is only scratches the surface of Aimé Pallière’s obsession with Talmudic Judaism and the noahide laws.  For the curious researcher who wants a starting point of where else to investigate  Pallière, we suggest starting at The Jacob Rader Marcus Center of the American Jewish Archives in Cincinnati, Ohio in Manuscript Collection No. 19 Box 29 Folder 4, which contains the correspondences between Rabbi Stephen Samuel Wise and Aimé Pallière.

Posted by hereisjorgebergoglio at 7:24 PM