Images are from Dublin Pride Parade 2017


Take notice of the freemasonic cable-tow or noose around Our Lord’s, Jesus the Christ, neck.  The name of the perversion ‘Pride Parade’ encapsulates what is happening in formerly Catholic Ireland. “Pride goeth before destruction: and the spirit is lifted up before a fall.” (Proverbs 16, 18)  To cap it off, the perversion being celebrated perverts God’s promise to Noah after the flood by using the rainbow to celebrate that which is a sin that cries to Heaven for vengeance.  The Irish who once sent missionaries abroad who converted the pagan world to Christianity are now a missionary territory once again.  Will God send them another St. Patrick to drive the snakes out?  We can only hope and pray so. 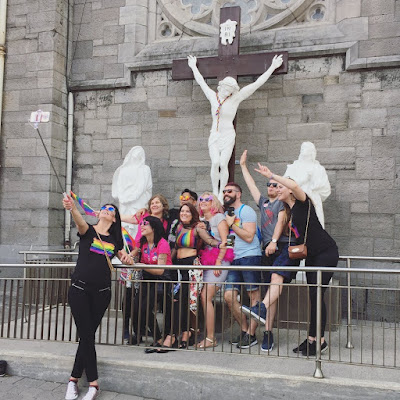 And platting a crown of thorns, they put it upon his head, and a reed in his right hand. And bowing the knee before him, they mocked him, saying: Hail, king of the Jews. (Matthew 27, 29) 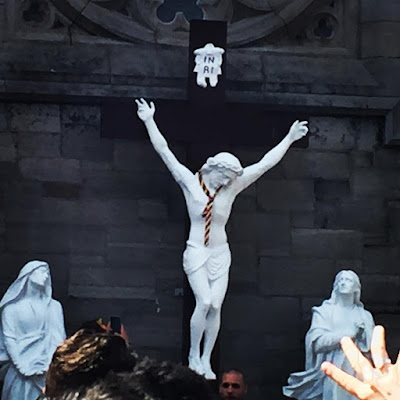 And the people stood beholding, and the rulers with them derided him, saying: He saved others, let him save himself, if he be Christ, the elect of God. (Luke 23, 35) 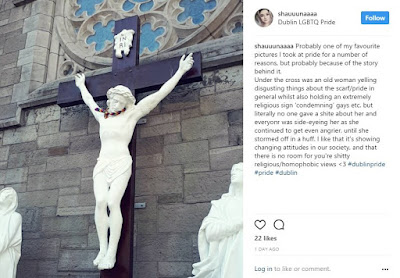 And when they had heard of the resurrection of the dead, some indeed mocked: but others said: We will hear thee again concerning this matter. (Acts 17, 32)

Posted by hereisjorgebergoglio at 8:23 PM