Who would have ever guessed that the communist, Bernie Sanders, is also anti-Christian?

For those who don't know, Bernie Sanders is a Jewish freemason who is coy about his religion.  The reason for this is he lived on Kibbutz Sha’ar HaAmakim which is Stalinist in their outlook.  He has vast support in the USA from Socialists (i.e. closet communists).  He is a partner of the Chabad-Lubavitchers and was instrumental in helping them put their giant ahistorical menorahs in front of city halls across the country.  What’s wrong with saying that people who have rejected Jesus the Christ are condemned Bernie?  After all, didn’t you write that a woman when having intercourse with her man enjoys fantasizing being raped by three men?  What about the fraud your wife committed while president of the now closed Burlington College?  What is the relationship between Talmudic Judaism, fraud, communism, rape, and your irrational anti-Christian stance Mr. Sanders?  Are you running mop-up duty for your Chabad handlers ensuring that only Christians who don’t believe their faith are appointed to government offices? 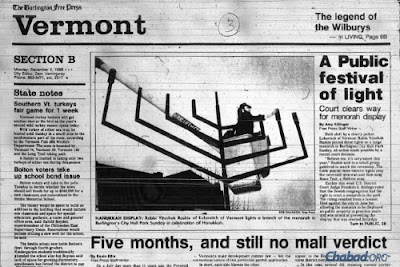 Bernie Sanders has no problem with religion and government mixing
as long as its his racial-supremacist Talmudic Judaism. 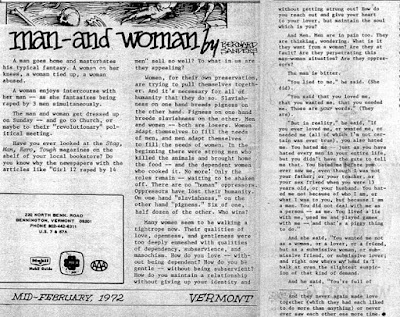 Here’s Mr. Sanders who is offended by Christianity writing an essay on rape.
Posted by hereisjorgebergoglio at 9:36 AM