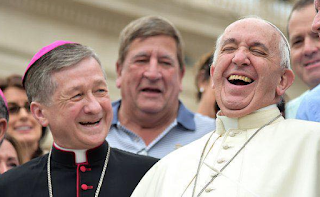 “Some of the greatest Christians I know are people who don’t actually have a kind of faith system that they believe in. But, in their activity, the way they conduct themselves, there’s a goodness there. It might not be articulated in a faith context like my own, but there’s a goodness there that is a witness that encourages me. So I try to find that and encourage that in people. If that’s happening in their life, that’s worth encouraging.”
Cardinal Blase Cupich to the Chicago Sun Times on 24 August 2017

Blase Joseph Cupich who believes we should esteem Talmudic Judaism more as did his predecessor, Cardinal George, and reject the parts of the Gospel which are not pleasing to the Talmudists now says that, “some of the greatest Christians he knows are those who don’t have any kind of faith system they believe in.”  Only in the warped mind of a modernist is a nonbeliever, a disbeliever, an unbeliever, or an atheist a Christian. 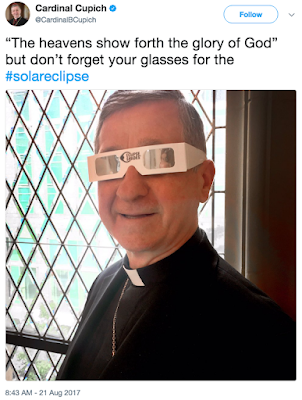