Benedict XVI is in great health! 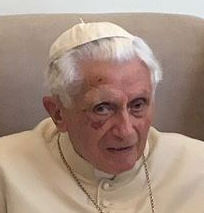 No really he is! (Don't let that black eye fool you!)


Rumors swirled around in the last week of Benedict XVI’s failing health, so much so that Vaticanistas in the press corp loyal to the German called it #fakenews and began circulating photos which they said demonstrated Benedict’s good health. 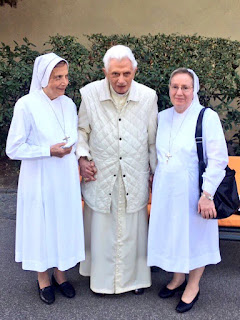 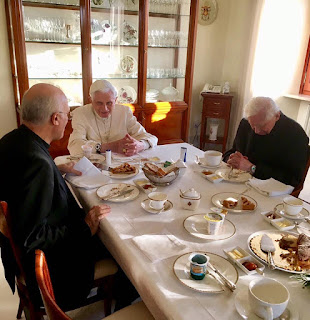 Many in the Vatican press corp shared this recent image.

the diocese of Lyon even released this video


Compare the above video with the one below and tell us if you see an old man whose health is improving or one that’s in a steady and slow decline.


The cat was let out of the bag earlier today when the Bishop of Passau, Stefan Oster, posted photos to his facebook page of his meeting with Benedict XVI and Peter Seewald with the following text, “Even if Pope Benedict has a black eye after a fall a week ago, he met us healthy, in good spirits, full of wit...” 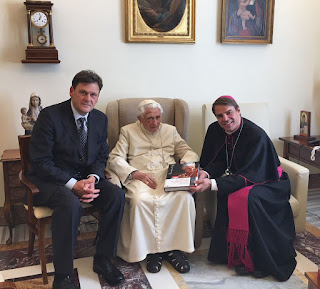 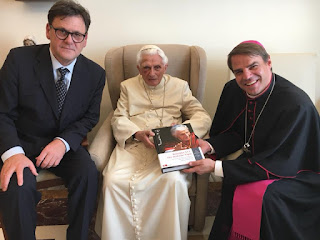 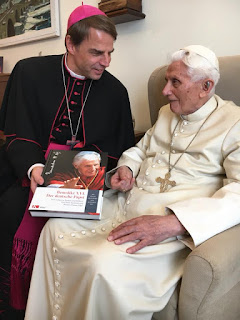 Looking at the photos, one can see that Benedict XVI isn’t in good health.  Not only is he sitting in all the photos, he hasn’t the strength to hold up the book, Benedikt XVI - Der deutsche Papst.  This is proof of the old adage that something is true when it is officially denied.  One hopes and prays that Benedict XVI makes a true act of contrition, for all the destruction he has unleashed upon the church and the countless number of souls he has put on the road to perdition, while he still has time left.