“#PopeFrancis is accused of heresy by the fundamentalists for his openings to the divorced and to #gay, the same (fundamentalists) that were mute on pedophilia”


Wladimiro Guadagno who wrote the tweet above is a former member of Parliament in Europe; former homosexual prostitute; and is presently confused with the sex God created him, as he prefers to dress himself in female clothes and styles himself Vladimir ‘Vladi’ Luxuria.


He is also a communist member of the Partito della Rifondazione Comunista (PRC) in Italy and friends with some of Francis’ compassionate revolutionary comerades-in-arms.  This shows the sad state that the Novus Ordo is in when one has ‘catholics’ such as Guadagno defending Francis.  The sheer chutzpah Wladimiro Guadagno shows when he blames pedophilia on fundamentalists instead of people like himself who choose a lifestyle of sinful degeneracy is breath taking!  Remember audacity like this is one of the hallmarks of the communists who will not rest until they have destroyed the little that remains of Christianity in Europe.

All that needs to be done now are: 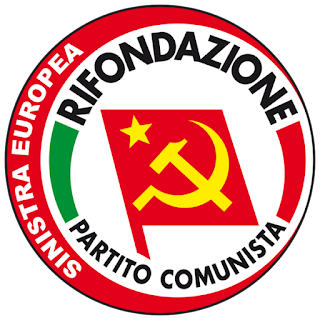 That the communists are defending Francis as ‘orthodox’
says all you need to know about the ‘humble’ man.

Posted by hereisjorgebergoglio at 6:17 AM