“If Francis had a horse, he’d make him cardinal!” 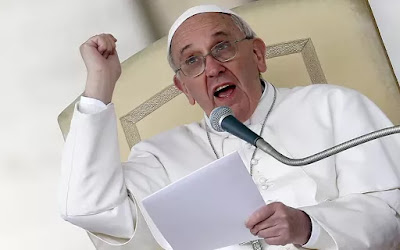 Loved by the profane, despised by the sacred.

“within the church, Francis has provoked a ferocious backlash from conservatives who fear that this spirit will divide the church, and could even shatter it. This summer, one prominent English priest said to me: “We can’t wait for him to die. It’s unprintable what we say in private. Whenever two priests meet, they talk about how awful Bergoglio is … he’s like Caligula: if he had a horse, he’d make him cardinal.” Of course, after 10 minutes of fluent complaint, he added: “You mustn’t print any of this, or I’ll be sacked.” ”

“Francis’s cautious reforms seem to his opponents to threaten the belief that the church teaches timeless truths. And if the Catholic church does not teach eternal truths, conservatives ask, what is the point of it?”


source: The Guardian, The War Against Pope Francis 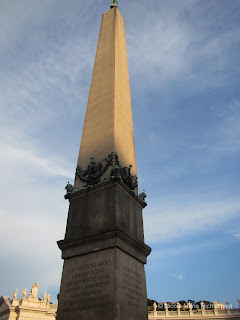 Caligula’s Obelisk sits in St. Peter’s Square.
Posted by hereisjorgebergoglio at 6:56 AM