An ebook was just released the other day.  The title is Il Papa Dittatore and was written by Marcantonio Colonna.  There is also an English edition, The Dictator Pope, available.  The blurb on the book reads,


“The inside story of the most tyrannical and unprincipled papacy of modern times. Jorge Bergoglio was elected Pope in 2013 as a liberal and a reformer. In fact, he had long been known in his native Argentina as a manipulative politician and a skillful self-presenter [self-promoter]. Behind the mask of a genial man of the people, Pope Francis has consolidated his position as a dictator who rules by fear and has allied himself with the most corrupt elements in the Vatican to prevent and reverse the reforms that were expected of him.”

The first paragraph of the Introduction says it all (translation by CMJ),


“If you speak with Catholics of Buenos Aires, they will tell you about the miraculous transformation that took place in Jorge Mario Bergoglio. Their gloomy and serious archbishop has turned overnight into the smiling and cheerful Pope Francis, the idol of the people with whom he has completely identified himself. If you talk to those who work in the Vatican, they will tell you of a miracle in the opposite direction. When the television cameras are not on him, Pope Francis is transformed into another person:  arrogant, unfriendly with people, vulgar in speaking, and famous for his violent outbursts of anger that are well known to all, from cardinals to drivers.” 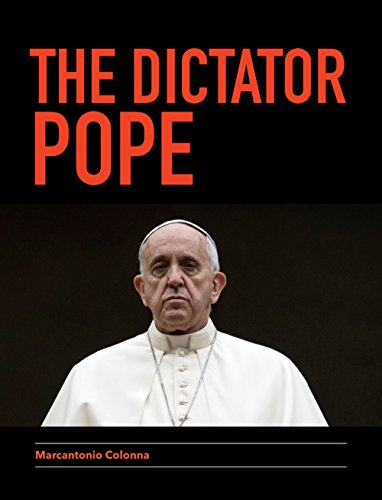 More on the cursing, paranoid, and boiling with rage dictator:

Posted by hereisjorgebergoglio at 11:58 PM