The Vatican has released a new version of their inaugural The Pope Video.  One can watch it if they so wish below as well as the original video.  The two videos are identical until they reach the 1 minute 6 seconds mark.  The new changes last until the 1 minute 22 seconds mark and are footage of Francis glad handling heads of heretical religions and giving out spiritual hugs. Regardless, the message is still one of modernism — a false one-world religion.

Who knew that Francis was a historical revisionist? 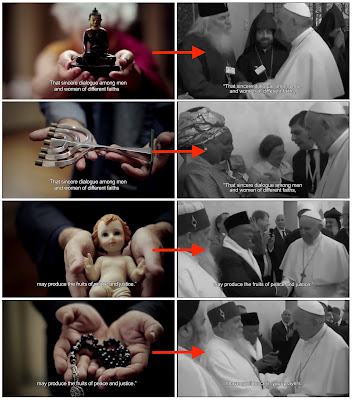 Posted by hereisjorgebergoglio at 2:01 PM