John Selden — the Noachide Laws as the basis for International Law 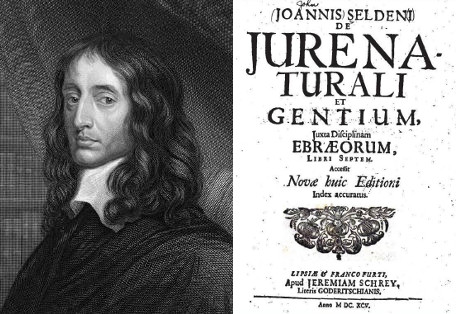 John Selden lived in Renaissance England (1584-1654) during the reigns of Queen Elizabeth I, King James I, King Charles I, the Protector’s Privy Council, and Oliver Cromwell. He was a polymath with a specialty as an English jurist, a Member of Parliament, a scholar who knew Hebrew and possessed a keen interest in rabbinical exegesis.  When he was arrested on charges of conspiracy and sedition against King Charles I and imprisoned in the Tower of London, John chose to pass his time by studying the Babylonian Talmud.  Interestingly, Selden was strongly opposed to Cromwell’s attempt to readmit the Jews into England.  He had a negative attitude toward the Jews, despite being pro-usury and his near obsession with and appreciation of Talmudic rabbinics.  In his six works he often cited Maimonides, Nissim ben Reuven of Girona, Onkelaus, Rabbi Moses Cotzensus, Obadiah ben Abraham Bartenura, etc...  Selden used the Seven Noahide Laws as the basis for international law.  Sir Isaac Newton had copies of John Selden’s works in his library.  Even though he wasn’t a Catholic, his contributions towards the movement and adoption of the anti-biblical and anti-Christian Noahide Laws were so significant we decided to post about them.

John Selden (1584-1654) was, among the men of Renaissance England, the most educated expositor of rabbinic literature. At a time and in a country in which the average man believed Jews to be misanthropic, usurious and dishonorable, John Selden set out to research the sacred texts of rabbinic Judaism with sympathy and interest. He wrote no less than six full-length treatises on rabbinic law. The third of these works, De Jure Naturali et Gentium Juxta Disciplinam Ebreorum (1640), was an examination of the concepts of natural law and the ius gentium as they were taught in the rabbinic tradition.

At the heart of Selden’s presentation is an analysis of the rabbinic concept of the Noahide laws, a code of seven laws which God purportedly gave to mankind at creation. Legend has it that these laws were transmitted to posterity by Noah and his sons after the flood and that they have served ever since as the fundamental moral code that governs all humanity. The laws include six prohibitions and a duty. They are a ban on idolatry, blasphemy, murder, theft, sexual immorality, and a specific form of animal cruelty – the eating of a limb of an animal that is still alive. The one duty included in the list is the injunction that every community should establish a court of law. Selden extrapolates much from these laws and in the course of a digressive work of research into rabbinic lore generates a template for ethics, family law, government, international law and religion (for a rabbinic source on this material see Maimonides, Mishneh Torah, Hilkot melakim u-milhamot 8:9-10:12)

This last point – that the Noahide law provided for the religious life of non-Jews – leads to one of the most interesting discussions in the work. Selden believed that the Temple of Jerusalem was designed to permit the children of Noah, that is, the mass of mankind who observe the Noahide commandments, to participate in Temple worship alongside the children of Israel. 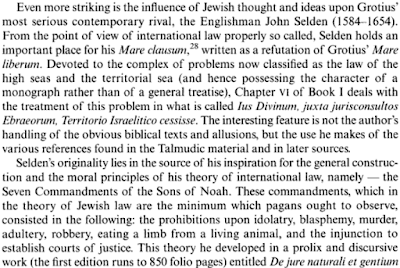 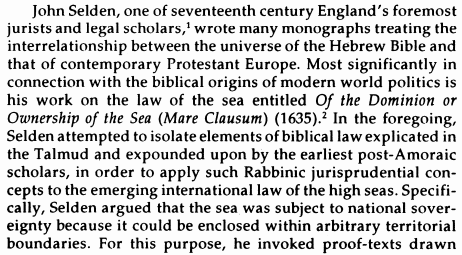 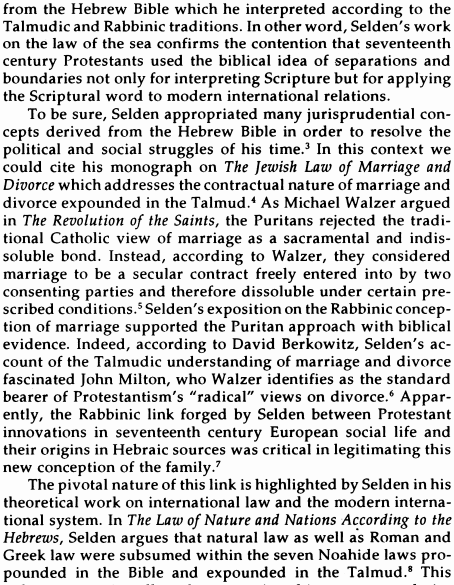 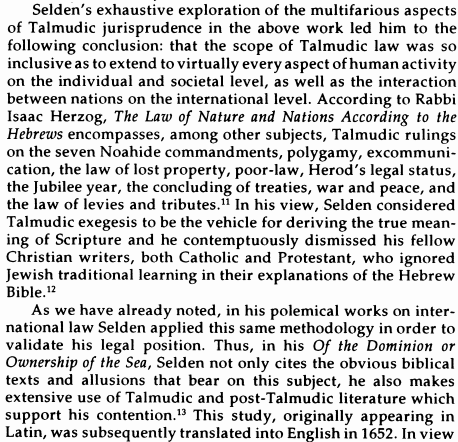 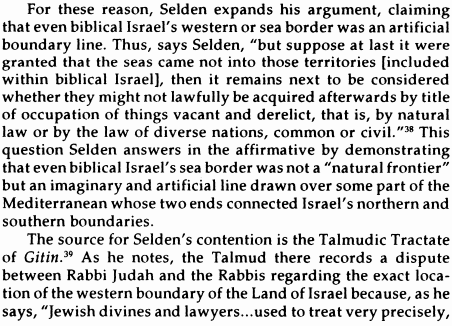 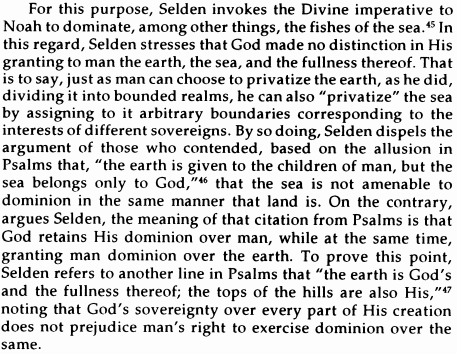 Posted by hereisjorgebergoglio at 3:44 PM