The mind of Bergoglio 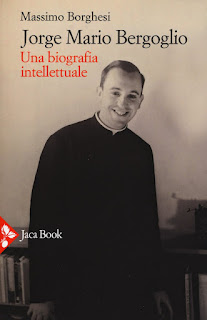 excerpts from
All Bergoglio's Teachers,
Even Though He Goes His Own Way

After the many narrative biographies of Pope Francis, here is the first one that rightly bears the title of “intellectual biography.” Its author, Massimo Borghesi, is professor of moral philosophy at the University of Perugia and has been very close to Jorge Mario Bergoglio since long before he was elected pope, on a par with that circle of friends whose best-known name is that of the vaticanista Andrea Tornielli, all of them belonging to the Roman branch of Communion and Liberation that was headed by the priest Giacomo Tantardini.

But in addition to coming from Borghesi’s pen, this book is also the offspring of the spoken word of Pope Francis himself, who on four occasions - the two most recent being on March 13, 2017, the fourth anniversary of his pontificate - sent to the author audio recordings that are repeatedly cited in the text and all aimed at identifying the sources of his formation.

It is a biography, therefore, that is in part an autobiography as well. And it is motivated precisely by a revelation made here for the first time by Bergoglio himself, according to whom at the origin of his thought is the French Jesuit theologian Gaston Fessard - a brilliant scholar of Hegel without being a Hegelian - with his 1956 book on the “dialectic” of the “Spiritual Exercises” of Saint Ignatius.

It is in fact above all from Fessard - as Borghesi confirms and substantiates - that Bergoglio got his markedly antinomian thinking, so fond of contradictions. But then came other prominent authors to reinforce this way of thinking, Erich Przywara and Henri de Lubac, both of them also Jesuits, Alberto Methol Ferré, an Uruguayan philosopher, and above all, but belatedly, Romano Guardini, with his youthful 1925 essay entitled “Der Gegensatz,” “Polar opposition,” on which Bergoglio wanted to base his doctoral thesis during the few months he spent studying in Germany in 1986, a thesis that was quickly dropped and never written.

Borghesi deftly illustrates the thinking of these great theologians and philosophers. To them he adds, among the inspirations to whom Bergoglio himself says he is a debtor, other first-rate stars like Michel de Certeau and Hans Urs von Balthasar. And he does all he can to demonstrate how in the writings of Bergoglio both far and near in time, before and after his election as pope, the genius of his teachers lives again. 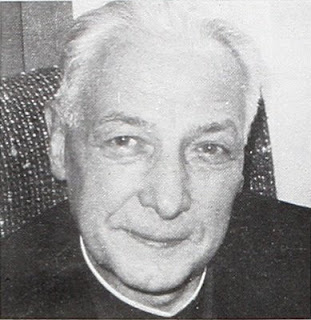 The little known, Fr. Gaston Fessard was a friend of Teilhard de Chardin
whom he corresponded with as well as Gabriel Marcel, Raymond Aron,
Emmanuel Mounier, Claude Levy-Strauss among others.  Cardinal Henri
de Lubac was an admirer.

It is true that Francis himself revealed three years ago, to the Argentine authors of another biography of his, that the chapter of “Evangelii Gaudium” with the four postulates is the transcription of a piece of his uncompleted doctoral thesis on Guardini.

But to see how this student exercise of his - an exercise now upgraded as pontifical magisterium - inevitably falls apart if its is subjected to the slightest elementary analysis, one gets the impression that the gap between Bergoglio and his celebrated teachers is truly very profound:

As for the nature of the Church as "complexio oppositorum,” meaning a combination of institution and event, of mystery/sacrament and word, of individuality and community, of interiority and public worship, the pontificate of Francis shows how he does not at all love this reciprocal enrichment between opposites, but on the contrary wants to suppress or disregard that which in one or the other opposition he sees as static or obsolete. His coldness toward the liturgy is plain for all to see, as is his insensitivity to the category of the beautiful and his underappreciation of doctrine and institution.

It must be said - and Borghesi recognizes this - that Bergoglio has never studied and assimilated the entire work of his teachers, but has only read a few isolated things, taking pointers from them in his own way.

And this explains the nonhomogeneity of his writings, magisterial as well, in which he combines the most diverse materials.

But it explains even more the gaping discrepancy between his illustrious teachers and the concrete figures of whom Pope Francis avails himself as his confidants and ghostwriters: from the Jesuit Antonio Spadaro, a rhetorical yarnspinner, to the Argentine Víctor Manuel Fernández, a theologian with a less than mediocre reputation, who revealed himself to the world with a first work entitled “Sáname con tu boca. El arte de besar,” and yet was encouraged by his friend who had become pope to go so far as to transcribe into “Amoris Laetitia” whole sections of his confused articles from a dozen years before, on family morality.

Another sign of confusion is the equal “preference” that Francis reserves for the two French theologians dearest to him, de Lubac and de Certeau, showing that he is unaware that de Lubac broke with de Certeau, his former pupil, and leveled harsh criticism against him: he accused him of being a “Joachimite” infatuated, like the visionary medieval friar, with a presumed golden age of pure spirit, free from any constraint of the ecclesiastical institution.

Moreover, in the “intellectual biography” of Bergoglio written by Borghesi, there are glaring omissions. There is total silence on Walter Kasper, in spite of the fact that Francis declared himself to be a reader and admirer of his from his first “Angelus” after being elected pope, and then rewarded him with boundless praise - for knowing how to do “theology on one’s knees” - and also promoted him as theologian-guide of the turning points on the matters of marriage and divorce and the primacy of the local Churches over the universal Church.

Nor is there so much as a word on Rodolfo Kusch, the Argentine anthropologist whose concept of people Francis recently said he had assimilated. And this in spite of the fact that in Borghesi’s book there are many pages on Bergoglio’s “populism.”

source: L’Espresso: Settimo Cielo di Sandro Magister, All Bergoglio's Teachers, Even Though He Goes His Own Way

We at Call Me Jorge... would add that this book also leaves out the influence of Chasidic philosophy from which Francis draws heavily.  This shows up most strongly in his regular inversions of the Gospels due to his reading them through Talmudic lenses and when he chastises the common Catholic pewsitter with a verbal barrage (Neopelagian!, Pharisee!, spiritual mummy!, petitioner for certainty in all things! creed reciting parrot Christian!, etc...) for dare resisting his revolutionary changes.  If one is ever confused at what Francis has said, from that he wants “shepherds living with the smell of the sheep” to “But Lord, throw a banana peel in front of them, so that they will take a good fall [into sin]” the place to begin is with the extreme depravity of Hasidism.

More on Francis and Hasidism: