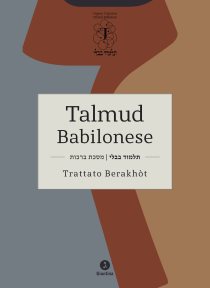 
The god of surprises makes another appearance again!  This time the Hasidic god shows up in one of the official Vatican mouthpieces, L’Osservatore Romano, 30 dicembre 2017, Il Talmud sul web.  If one has closely followed Francis they should have expected this ringing endorsement from him and his lackeys — for the man is obsessed with all things Talmudic.  The two volume set extolled by L’Osservatore Romano is the Talmud Babylonian Tractate Berakhot.  It’s safe to assume that Francis has read at least the first volume which concerns itself with Shema Yisrael prayer.  (God willing, in a future post Call Me Jorge... will furnish proof of this.)  The article says of the Shema:


“The opening of the treaty is solemn because it opens with the norms that regulate the reading of the Shemà Yisrael which affirms the uniqueness and unity of God: “Listen to Israel, the Lord is our God the Lord is One”. Words that are taught to the young Jews as soon as they learn to speak and accompany them throughout their entire education.”


This is very misleading to say the least.  Yes, the Shema is central to the Talmudic Jewish religion but it is more than simply the short prayer quoted. Rabbi Yoseph Bekhor Shor wrote of the Shema‘ that it is a categorical denial of the central Catholic dogma of the Blessed Trinity.

Another quote from the article comes from the mouth of Rabbi Gianfranco Di Segni,


“The Talmud is an open text in the sense that its discussions in many cases do not lead to a conclusion. The interest in this text is not limited to the Jewish world but, due to its content and logical methodology, it increasingly represents an attractive text for its many aspects (jurisprudence, history of religions, biblical exegesis, philosophy, history of science). ”


And yet another misleading statement about the Talmud.  The Talmud is sold to non-Jews as simply discussions and arguments among rabbis without conclusions.  The Talmud has a very strict pecking order that is followed in the interpretation of its discussions, so much so that it has its own Talmudic law codified in the Shulchan Aruch (halakhic laws). Besides containing the Shema Yisrael prayer, the Talmud Babylonian Tractate Berakhot has blessings/prayers for the moon, the sun, the Amidah, getting out of jail, etc... and all are also in the Shulchan Aruch. 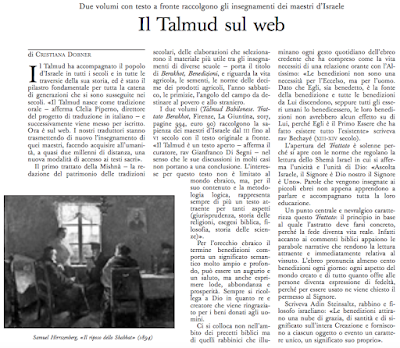 
To recap, Francis and his cronies have an official Vatican mouthpiece praise the Babylonian Talmud, specifically the Tractate Berakhot which contains all manners of Babylonian superstitions that overturn biblical law in the name of repairing God’s poor judgment as well as contains a denial of the Holy Trinity.  Francis’ inner-Jew makes another blatant appearance.

Attempting to make the Talmud timeless by
using the font from the Dead Sea Scrolls
Posted by hereisjorgebergoglio at 5:46 AM