The Francis Show in Chile — the “deforestation of hope” tour

a few of the highlights lowlights... 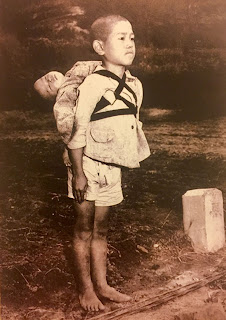 “I found this by chance. It was taken in 1945; on the back is the information. It is a boy carrying his dead brother, standing in line before the crematorium in Nagasaki, after the bombing. I was moved when I saw this [picture], and I dared write only “the fruits of war”. And I thought of reprinting it and giving it, because a picture like this says more than a thousand words. So I wanted to share it with you.” — Francis on airplane to Chile

“What puts you in a bad mood?”

Someone threw at hat at Francis 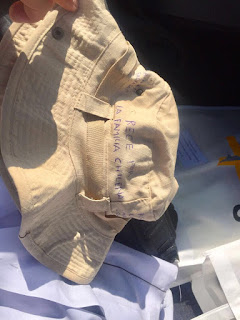 
“It’s important you speak and don’t let yourself be silenced.”


The indigenous pagan mess of Mapuche with gender fluid machis (shamans) — does it ever stop?

“The laypersons don’t have to parrot back whatever we say”


“Your patronal feasts, your religious dances - which at times go on for a week - your music, your dress, all make this region a shrine of popular piety. Because the party does not remain inside the Church, you turn the whole town into a party.” 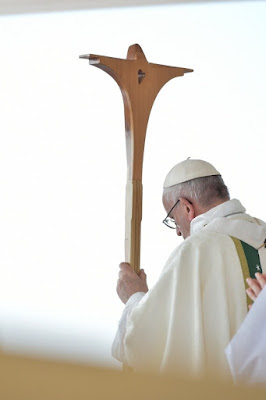 “Where vocation is concerned, there is no such thing as a selfie! Vocation demands that somebody else take your picture, and that is what we are about to do!” 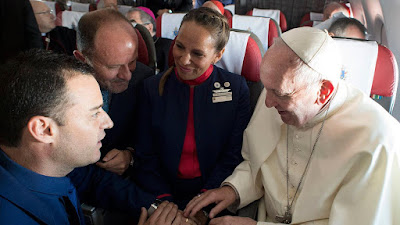 Another angle of the accident

the circus’ next stop is Peru!
Posted by hereisjorgebergoglio at 2:09 PM