Cardinal Tobin sends his love to baby — whomever baby is 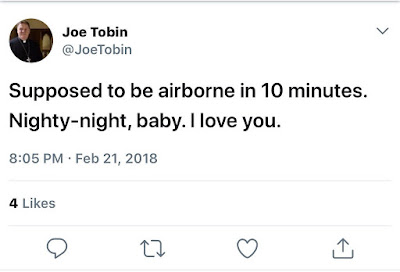 “NEWARK, N.J. (AP) — A New Jersey archbishop raised a few eyebrows when he tweeted "Nighty-night, baby. I love you," but his spokesman says it was an errant message intended for his sister.
Cardinal Joseph Tobin's spokesman says the leader of the Newark Roman Catholic archdiocese later deleted Wednesday's tweet because it was being misinterpreted.
Spokesman Jim Goodness says Tobin has eight younger sisters and "they're all his baby sisters." Goodness said he doesn't know how the siblings were communicating before the message was tweeted out. Tobin's Twitter account shows he tweets infrequently.” 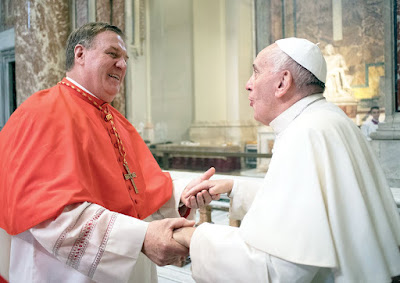 Cardinal Tobin, who Steven D. Greydanus recently had the pleasure of sitting next to, has said of women in the church, “Maybe my theology isn’t sophisticated enough, but I don’t believe that there’s a compelling theological reason why the Pope couldn’t name a woman cardinal.” 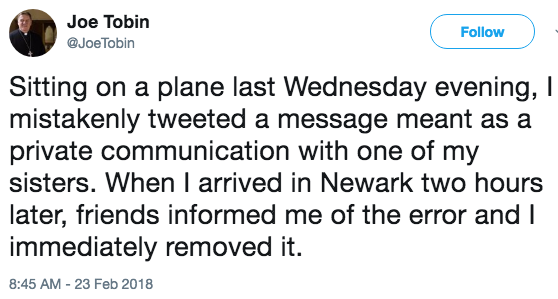 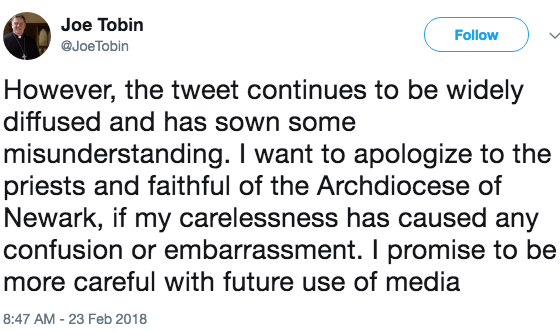 Which is why the tweet was addressed to no one right?

Posted by hereisjorgebergoglio at 7:25 PM