Francis is asked a question and answers with a lie 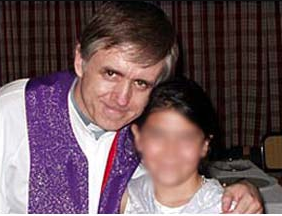 This is a sequel to our previous post, Francis caught fibbing? Nope, telling an outright lie!.  For nearly a year, the team of Elise Lucet, in partnership with Mediapart, investigated pedophiles in the Novus Ordo church, the special produced, “accused 25 Catholic bishops of protecting 32 accused clerical sex abusers in France over the past half century and often transferring them to other parishes or even other countries when they were singled out for sexual abuse of minors.”  Among the bishops accused five of them are still in office:


One of the priests investigated by the team was Fr. Julio César Grassi.  This priest was involved in a long drawn out set of notorious trials which included threats, intimidation, beatings, etc... against the victims and witnesses.  Elise Lucet attended a general audience and asked Francis, “Your Holiness, in the Grassi case, did you try to influence the Argentine justice?”  He replied, “Not at all.”  This was a bald faced lie.  The interaction can be seen below in the television program produced for Cash Investigation — Pédophilie dans l'Eglise : le poids du silence (Pedophilia in the Church: the weight of silence).


Elise Lucet: “Your Holiness, in the Grassi case, did you try to influence the Argentine justice?” (2x)

Elise Lucet: “Because they have commissioned a counter-investigation (review of the trial) then?”

Francis: (gestures a no, says something inaudible)

CASH Investigation has sold the English language rights of ‘Pedophilie dans l'Eglise: Le poids du silence’ to Amazon where it can be watched under the title of ‘Sex Abuse in The Church: Code of Silence’.  To view the original show embedded above on openload click here.
***** UPDATE 7 MARCH 2022 *****
Excerpt from the 2017 documentary “Sex Abuse in the Church: The Code of Silence”.
***** END OF UPDATE *****

Glance below at the four volumes that Jorge Mario Bergoglio contracted to be produced proving that the allegations against Fr. Julio César Grassi were false. This is what Francis means when he says, “Not at all.” 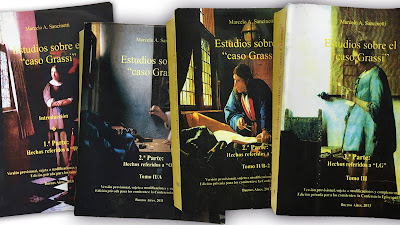 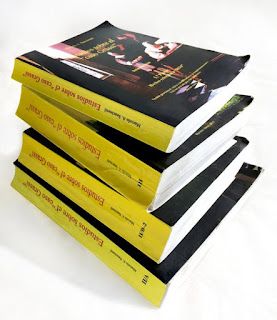 The volumes of Estudios sobre el “caso Grassi” stacked upon each other.

Screenshot from one the volumes explaining who commissioned their publication in 2010.

English translation of the text: “This volume contains the critical analysis of the facts referred to by the last whistleblower (LG) that integrated the cause of the “Grassi case”, with an aditional Epilogue that refers to the three cases (HOJ, OA, LG). This concludes these studies on the “Grassi case”, and thus the work entrusted in 2010 by the Argentine Episcopal Conference, in particular by its then president, Cardinal Jorge Mario Bergoglio, today, Pope Francis.”


Just who does he think he is kidding?  Commissioning a four-volume book defense which not only states that Fr. Julio César Grassi is innocent but also disparages the victims isn’t influencing?  This is another peak at the gigantic pedophilia mafia within the Church that exists with the complicity of the highest spheres of Catholicism — of which Francis is a key member.  One has to wonder, knowing that Francis routinely lies when it comes to matters of pedophilia and homosexuality among his presiders, if everything which comes out of his mouth is a lie.

Francis does have a “zero tolerance policy” ...for the truth!


Julio César Grassi is still a priest even though he cannot exercise publicly any ecclesiastical function.  He is currently in prison serving 15 years for sexual abuse of minors plus 2 additional years for fraud and embezzlement of money concerning the Fundación Felices Los Niños (Happy Children Foundation) which he headed.  We wonder is there a connection between Julio César Grassi and Francis’ former student & good friend Yayo Grassi?

Posted by hereisjorgebergoglio at 11:59 AM