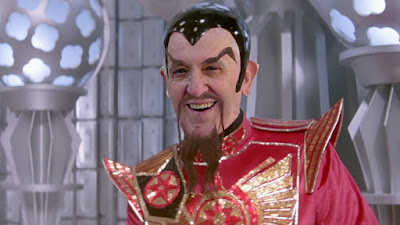 The Dictator Pope was in a merciful mood.


The kerfuffle between the Vatican and the Diocese of Ahiara in Nigeria looks to be over. Francis the Merciful, resolved the situation when he accepted the resignation of the rejected Bp. Peter Ebere Okpaleke and decided not to proceed with his promised canonical sanctions against the priests of the diocese.  He did however offer them a stern warning to never again repeat such unreasonable actions opposing a bishop legitimately appointed by the Supreme Pontiff!  After much bad press — ranging from lying about evidence of sex crimes in the Novus Ordo church to the betrayal of Catholics in China — here’s Francis throwing his opponents a bone and letting them claim a small victory.  See he really is a good guy!  We at Call Me Jorge... suspect that Francis could care less about Benedict XVI’s appointee, Bp. Okpaleke, because now he’ll get to give the diocese to one of his representatives of revolution.


Look! Francis is a normal humble guy!
Posted by hereisjorgebergoglio at 10:26 PM