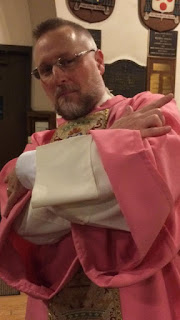 Is that a double ‘devil horns’ or a double ‘I love you’?
And why is a deacon posing like he’s a gangster rapper?


Recently, Deacon Steven D. Greydanus, a movie reviewer for Reel Faith (get it?) and creator of Decent Film Guide, writer for Christianity Today, Catholic World Report, and the National Catholic Register gave a glowing sixty second review of Call Me By Your Name, a sodomite film about the homosexual relations between a teenager and adult male.  Keep in mind that Deacon Greydanus is happily married with seven children.  Here is his review below:


For two very good critiques of this review please see:


Dear reader after watching that film review, would you consider it an endorsement or not?  Where is the condemnation of the sin that cries out to heaven for vengeance?  The warning to stay away from it? 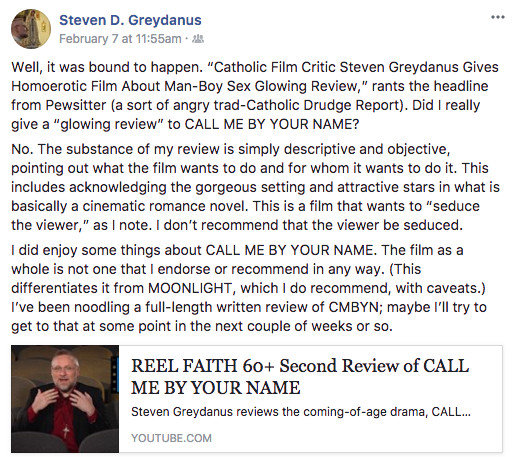 Wow!  In his I didn’t endorse the movie post, he endorses Moonlight, another film about homosexuality with the added bonus of drugs!  This got us wondering if there was more to Deacon Greydanus.  The following information is by no means exhaustive and was found by cursorily looking at Deacon Greydanus’s social media.  The first movie review we came across is below and after watching him endorse this piece of Talmudic garbage we decided not to watch any more reviews.


Deacon Greydanus gives a kabbalistic and Enochian
film, Noah, a B+ and states it “a rare gift.”

So onto Deacon Greydanus’s social media...

Mocking the office of deacon which he holds. 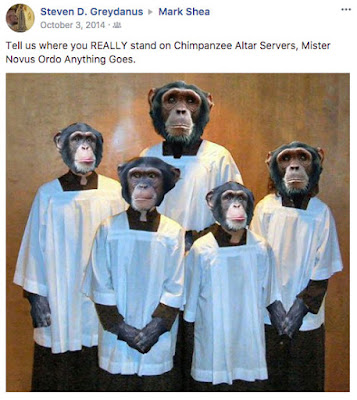 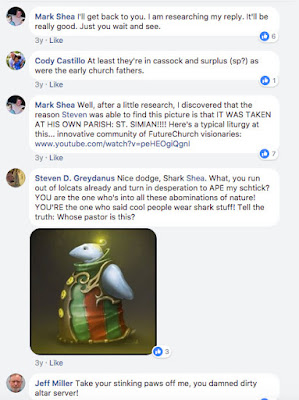 Deacon Steven and good buddy Mark Shea mocking the
Novus Ordo religion of which they both belong to.

More good fun by blaspheming Our Lord Jesus the Christ. 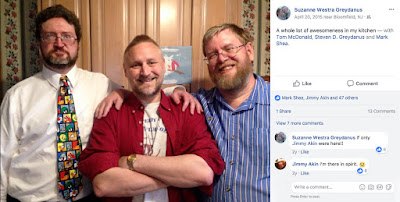 Is he an occultist too? 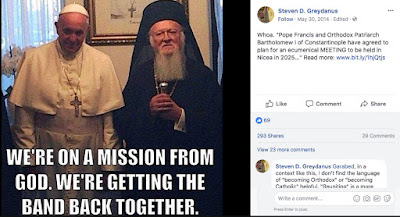 Don’t know if we can take any more of the deacon’s ‘humor’. 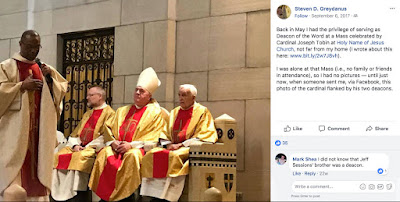 Deacon Greydanus looks to be in the good graces of his cardinal bishop Tobin. 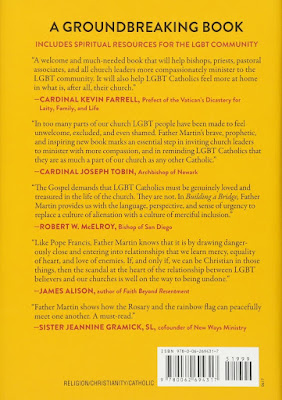 It shouldn’t be any wonder where the deacon gets his attitude, Cardinal Tobin wrote a glowing endorsement of Fr. James Martin’s book, Building a Bridge: How the Catholic Church and the LGBT Community Can Enter into a Relationship of Respect, Compassion, and Sensitivity.


As Fr. Ray Blake recently asked on his blog concerning Francis and homosexuality, Dare We Join the Dots?

Is the deacon an alchemist — Solve et coagula? Sex magick? 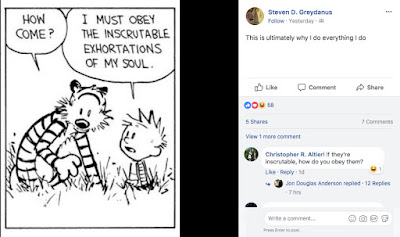 The reason Deacon Greydanus does his movie reviews
and posts garbage to his social media.

Not to worry, the Deacon’s movie review show, Reel Faith, has a ringing endorsement from this traditional looking nun. 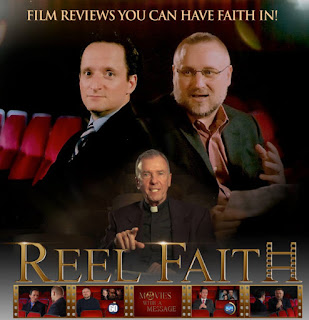 Film reviews with faith in the movie reel and not with God!
Posted by hereisjorgebergoglio at 3:50 PM