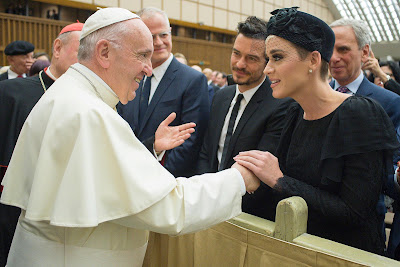 Did Francis know he was in the presence of a witch?
Probably not because he didn’t ask to her to put a spell on him.


The pop star Katy Perry (Katheryn Elizabeth Hudson) was at the Vatican with her confused ‘darling’ actor paramour, Orlando Bloom — who thought he was Jewish as child, but was raised in the Church of England, and now professes to be a Buddhist.  The cohabitating couple, Orlando and Katy, are both divorced from their spouses.  Perry is the daughter of two Pentecostal pastors — Mary and Maurice Hudson, who are born again Christians.  She’s recently been in the media for her purchase of a former convent and the legal fight the sale has caused.

The reason for Katy’s appearance at the Vatican?  To share with the world the benefits of Transcendental Meditation (TM) at the Vatican’s ‘Unite to Cure’ Conference.  We briefly touched in a post earlier this week how the Vatican is using the cover of science to push Eastern pseudo-mysticism and New Age spirituality instead of the message of Jesus the Christ.  Katy’s visit is another example of this, as can been seen below from some of her social media postings, and one of the last people who should be speaking at the Vatican on anything other than how she sold her soul to the devil.   One would expect if Transcendental Meditation (TM) is being pushed at the Vatican’s ‘Unite to Cure’ Conference that the Eastern Orthodox’s Hesychast navel-gazing would be as well since they both have roots in the Kabbalistic chanting rituals of Abraham Abulafia.

In 2014, Katy walked in ‘The Salem Witch Walk’ and practiced love magic. 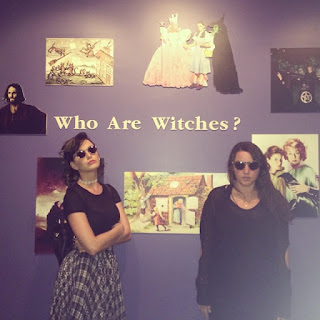 Katy posted this photo from the Salem Witch Museum
with this question “Which witch is which?!”


Arriving at the Vatican

This qualifies as scientific? 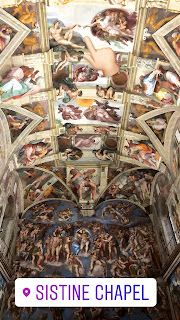 Last time we were at the Vatican’s Sistine Chapel photos were
not permitted but Francis’ VIPs play by different rules. 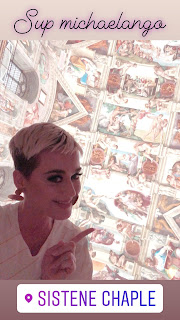 A flash photo in the Sistine Chapel is a no-no unless you are a witch. 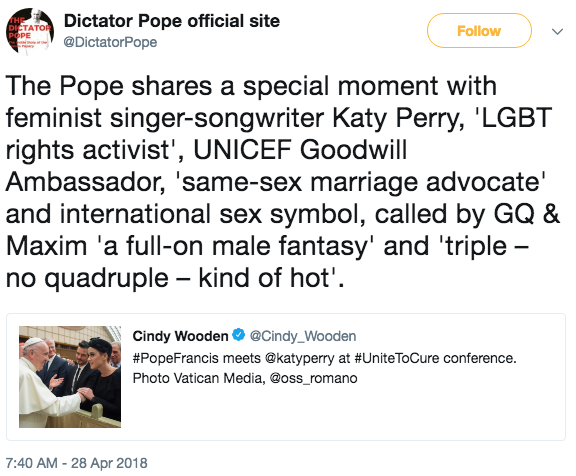 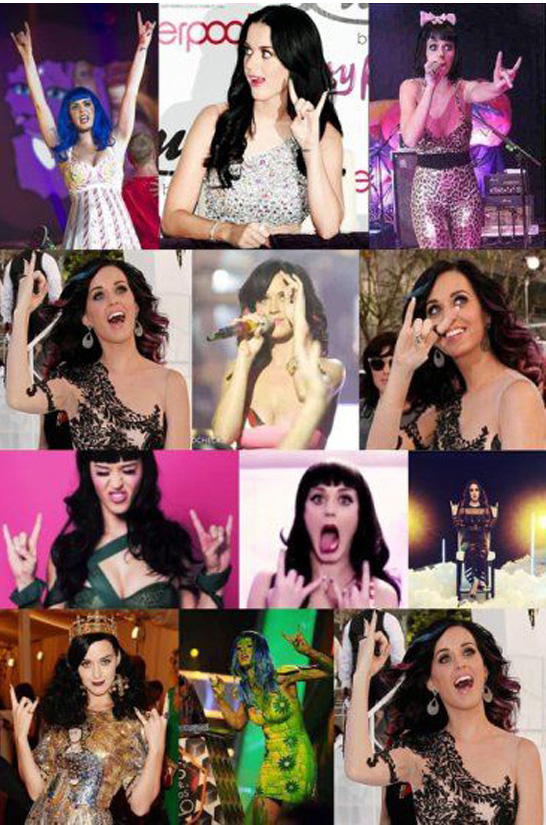 Katy showing whose side she’s on.
Posted by hereisjorgebergoglio at 8:21 PM