The ‘conservative’ publishing house, Ignatius Press, is in reality an occultic press 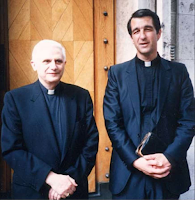 the master & the disciple

James McClain: As we prepare to celebrate its fortieth anniversary, where did the idea for Ignatius Press come from?

Fr. Joseph Fessio: As a Jesuit, you study philosophy, teach in a high school or university, and then study theology. I went to France for my theology studies and got to know Fr. Henri de Lubac. When it was time to continue my studies, I asked him what I should do my doctoral thesis on, and where I should study. He proposed Hans Urs von Balthasar as “the greatest theologian of our time, and perhaps of all time,” and suggested that I study under a young German theologian, Professor Ratzinger. Looking back, I realize that around the period of the Second Vatican Council — before and after — there were six major theological figures, three German speaking - Karl Rahner, Hans Urs von Balthasar, and Joseph Ratzinger — and three French-speaking ones — Henri de Lubac, Louis Bouyer, and Yves Congar. It was a blessing for me to know four of them well.

When I returned to the United States in 1974, I was a part of a reading group that discussed these theologians, along with Adrienne von Speyr, a mystic and directee of Fr. Von Balthasar. Since most of their works were not available in English, it was clear that something needed to be done to make their writings available to the English-speaking world. At that time I came to know Frank Sheed, who was the dean of Catholic publishing in the twentieth century, with his publishing company Sheed and Ward. I asked him whether we should consider establishing our own publishing company, and he said, “By all means. But be ready for ten years of grief.”

Fr. Joseph Fessio: We sell about 2 million books per year. Since we had a software update recently, I had to export and import our historical data. I realized that we have sold 34 million books so far. 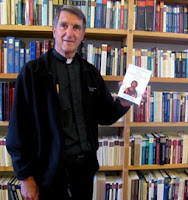 Another liberal Jesuit posing as a ‘conservative’ while promoting the kabbalah.
Posted by hereisjorgebergoglio at 3:43 PM