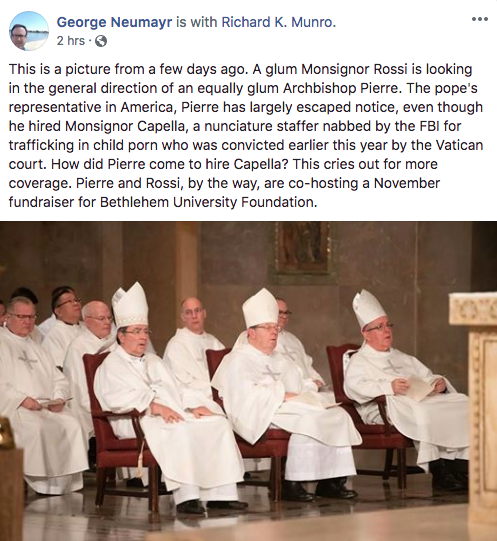 George Neumayr should be commended for the old fashioned sleuthing he has been doing — going through public records, asking questions around the campus of a university, talking to public employees, attempting to get comments from the Novus Ordo hierarchy, etc...  This used to be called reporting but sadly these days most who refer to themselves with the moniker of ‘reporter’ do nothing of the such.  They are instead content to republish press releases from the diocese and attend banquets hosted by the bishops where lavish feasts are plied on them with speeches full of empty dross.  Is this simply laziness or is it because the self-said ‘reporters’ share in the belief that homosexuality, pederasty, and pedophilia are virtues?  Considering the fact that these behaviors have continued on for over some forty years and have become more brazen as well as audacious as the time has past — they appear to us at Call Me Jorge... to be willing accomplices.  As we have written before, please keep Mr. Neumayr in your prayers as he continues his exposure of this most evil of beasts. 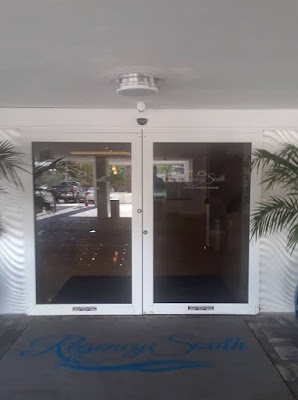 The luxury high-rise in Fort Lauderdale, Florida, where Monsignor Rossi owns an apartment and finds time to serve as Treasurer in addition to his duties as head of the Washington, D.C. Basilica. 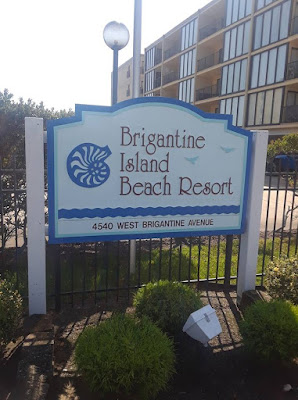