Some things to ponder... 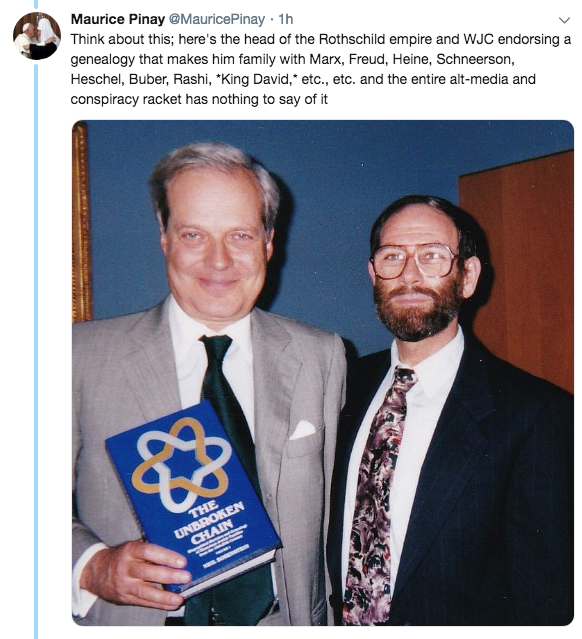 It’s logical to conclude that the entire conspiracy racket and alt-right are therefore controlled golems.


The World Jewish Congress checking up on their man, Francis the ‘humble’ hasidic pope, in the Vatican 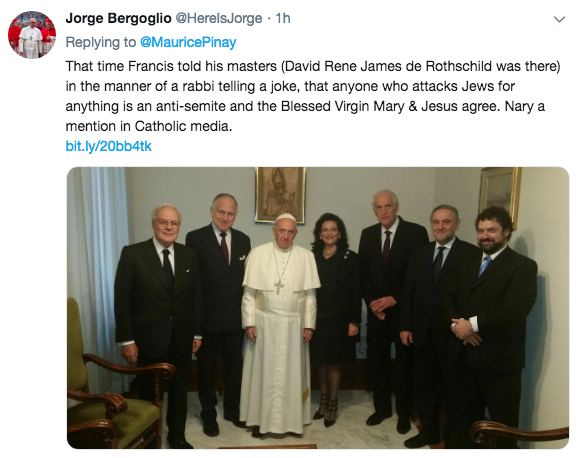 The Catholic media is consequently controlled.


What more needs to be said?  Conspiracy writers and reporters in the medias whether they be mainstream, alternative, conservative, liberal, Catholic, protestant, Jewish, et al., all have access to the same information as we at Call Me Jorge... do. This isn’t rocket scientry or top secret nuclear tech, it’s so blatantly in the open — it’s as if they are rubbing your face in it! So why the silence? And why does the public continue to look towards these people for information?


For more about David Rene James de Rothschild’s background and trip to the Vatican with the World Jewish Congress, see: Humble Pope Francis of the 'poor Church' to celebrate 50th Anniversary of Nostra Aetate with Scion of Rothschild Usury Dynasty and Multibillionaire Ronald Lauder.  Those who want to read the ‘joke’ Francis relishes telling every Talmudic Jew he knows, see: Francis tells his favorite blasphemous joke again!.