Francis has a new family member 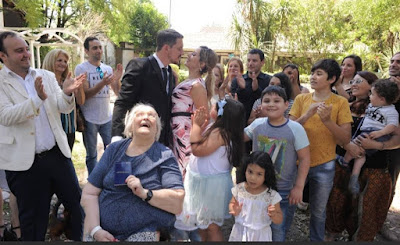 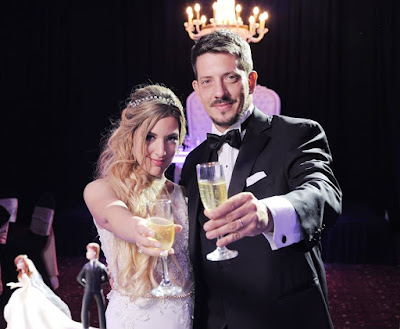 Followed by a church marriage. Shown here at the reception. 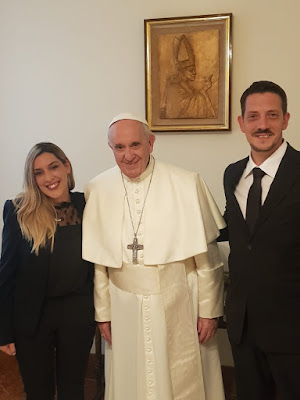 The happy couple visits Francis on their honeymoon.

I was super nervous as if I were going to see the most important Head of State, the greatest world leader in history and José was the relaxed one who is going to see a very dear, close person.

The minutes passed and ‘Francis/Jorge’ did not come. My nerves and anxiety were at the top of the steepest mountain, inside I thought a thousand things to tell him, for example: all the pride I feel for him, everything that he mobilizes in so many Christians and non-Christians, etc...

He enters and comes directly to me and says: “I congratulate you”
“Why for Haciendo Lio?” I ask him.*
“No, for putting up with my nephew.” He joked.

From there my nerves vanished and I realized that I was facing a world leader, but a humble leader, who treats you as an equal, a true shepherd with the smell of sheep.


*CMJ Note: Haciendo Lio is the name of the NGO that his nephew founded and runs in Argentina.  The name, ‘Haciendo Lio’ is taken from Francis’ advice to attendees at Rio World Youth Day 2013 to go back to their dioceses and “make a mess”. 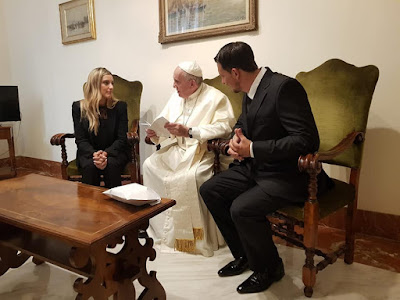 The highlight of their honeymoon was getting a blessing from Francis. 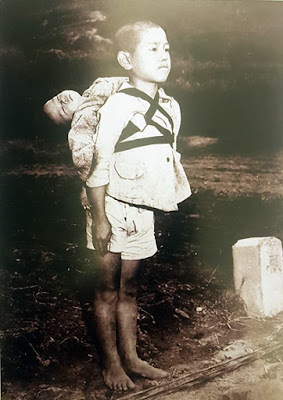 And receiving this card from ‘Uncle Jorge’ 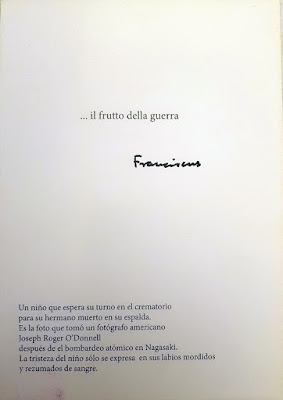 A boy waiting for his turn in the crematorium for his dead brother on his back.
This photo was taken by the American photographer, Joseph Roger O’Donnell, after the atomic bombing of Nagasaki.
The sadness of the child is expressed only in his bitten lips and blood oozing [from them].

José Ignacio dreamed of having his ‘Uncle Jorge’ marrying him and his cohabitating girlfriend but it was not to be. We wonder if Francis explained to the couple how many cohabitations are true marriages but most church marriages are invalid?


More on Jose Ignacio Bergoglio and his uncle:

Posted by hereisjorgebergoglio at 3:34 AM