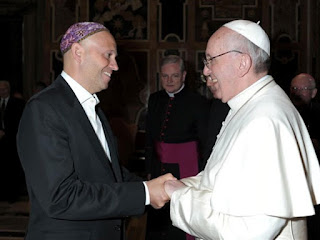 He greeted me with an affectionate: “Sergio, I am so glad you are here! Did you sneak in?” And in reality, he was right once more.

It was the first audience of Pope Francis with the leaders of the different religions. There I reencountered the dear Bergoglio. In the impressive setting of the Sala Clementina, the embrace transcended the formality of the protocol greeting so that I could see in his smile and warm gesture the one, who named Pope, was our old Bergolgio. In that way, with the gestures that are so typically his, is warm, direct, intimate. With the good mood of one who does not lose the smile or the spontaneity even from those heights, recuperating in everyone the same open mindedness, to end by asking us all to pray for him. I presented myself only to bless and be grateful for that moment. The embrace crowns the path of he who is my reference, but also the renewed commitment for the challenge that summons us. “Now that I am before Francis, I again embrace my rabbi Bergoglio”, I told him. He gave me a smile and, with his particular sense of humor, received me with a warm: “Sergio, I am so glad you are here! Did you sneak in?”

And in reality, he was right once more.

Without getting into the details, I had not been included in the formal delegation of representatives of Jewish institutions to the Vatican and, faced with the inviolable rigorousness of the Vatican protocol, even with the collaboration of the Argentinean and international leaders of the Jewish community who were present, it was impossible to include my name for the audience, until, as was foreseeable, it was my priest and bishop friends like Monsignor Sanchez Sorondo, who made it known, so that it was Pope Francis himself who instructed the Secretary of State to allow me access, and celebrate in that minimum instant that became eternal so that we could meet and see each other again.

After the embrace, we prayed.

Our millenary Jewish tradition prescribes that we recite a blessing when one is in the presence of a wise man and great master of humanity. So with happiness in my heart and my soul exalted with gratitude, I recited a blessing in Hebrew so that we could end by together saying: Amen.

So much emotion! So much energy! A unique moment that will forever remain in my heart and soul, a fertile furrow in space-time that will bear its fruit in the good harvest of the future.

Pope Francis left us a message full of kindness and love, uniting the Christian churches, even the oriental orthodox ones, which for a millennium had not been present in these moments. Giving unequivocal signs of unity for the ecumenical task in Christianity, he referred to the inter-religious dimension providing a special place for the Jewish-Christian bond.

I am still touched while I write these last lines. The embrace with Francis renews a pact for this new era, the blessing elevated in prayer of a new time where we remain guided by the generous heart of our pastor and master, Pope Francis who is none other than Father Jorge, the loved and valued Bergolgio. 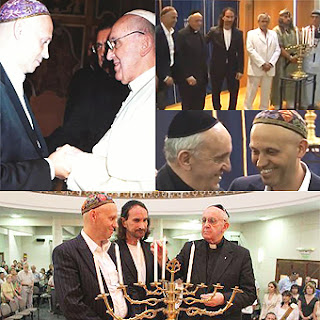 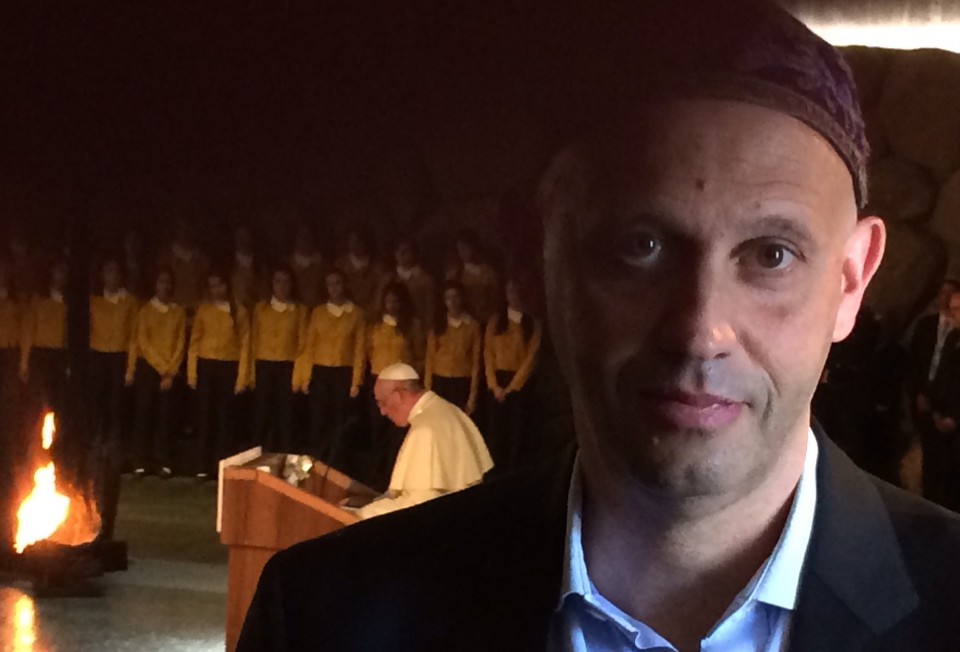 Look who was also lurking in the shadows taking a selfie as Francis
gave his “Adam, where are you?” speech at Yad Vashem.

Posted by hereisjorgebergoglio at 12:23 PM