Two days ago was the 27th anniversary of the ‘consecration’ of this destroyer of the Faith, who has left destruction and chaos in his wake. 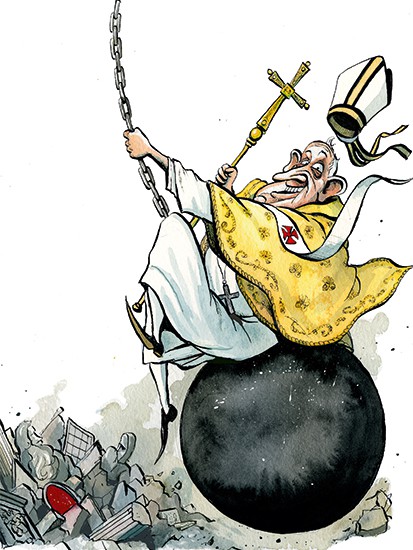 Posted by hereisjorgebergoglio at 7:14 AM No comments:

Benedict XVI clarifies whom is the pope. 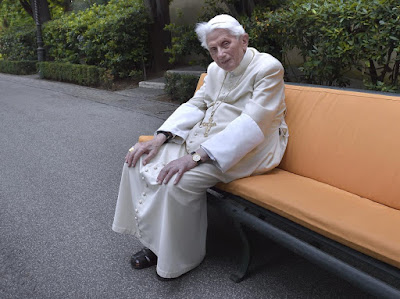 “The Pope is one, Francis.” 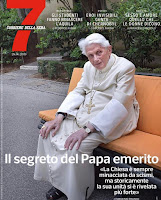 Posted by hereisjorgebergoglio at 1:03 PM 6 comments:

Learn how Christ is cleansing his church by purification of the modernists, so we get pure modernism!

Fr. Mario can’t wait until priestly celibacy is done away with so that women can have a voice in his modernist church!

It’s obvious that Fr. Mario doesn’t understand that modernism is the problem and logically leads to homosexuality and pederasty in the Novus Ordo.

The blind leading the blind.


Stay tuned... next week the candidates will pledge to protect the Vatican’s right to exist, agree to send them $10 million a day, and fight those who hate Christianity.
Posted by hereisjorgebergoglio at 7:33 AM 3 comments: 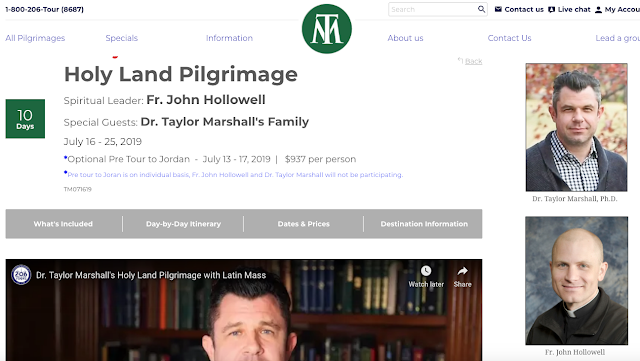 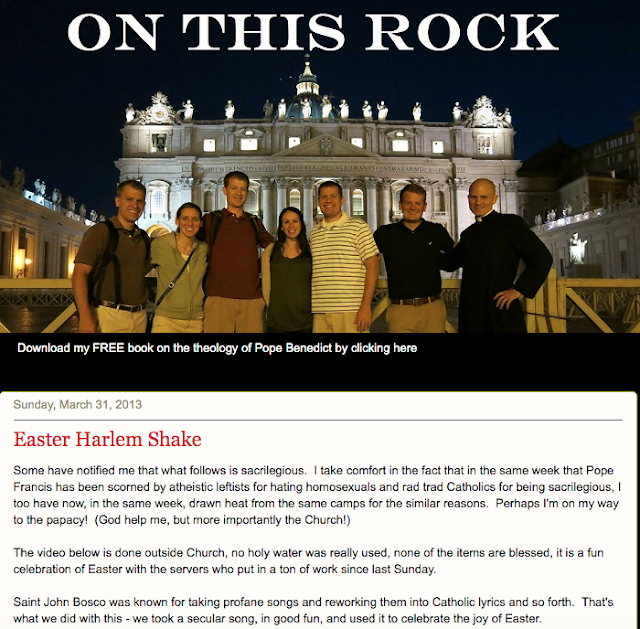 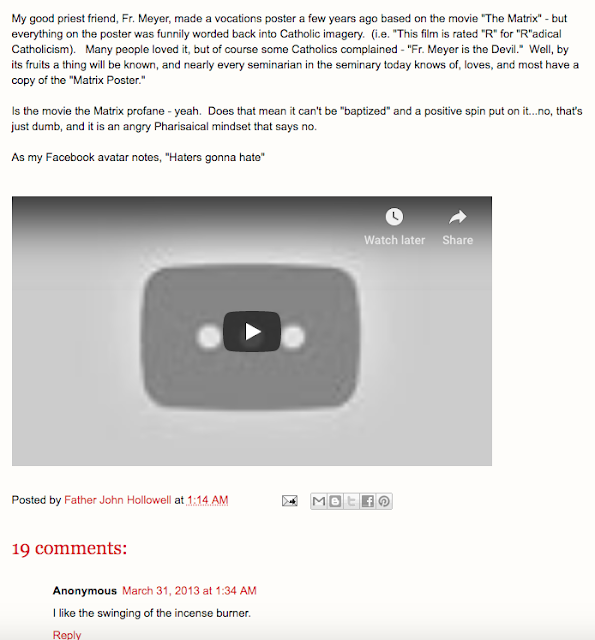 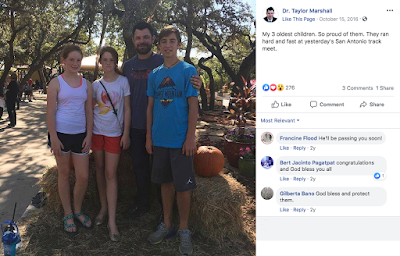 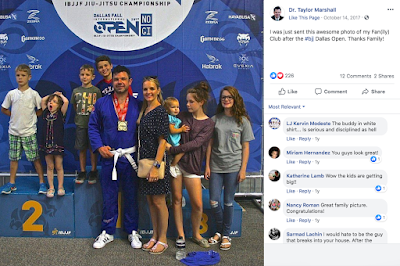 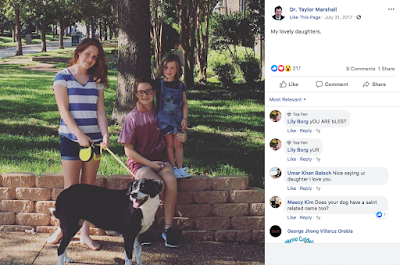 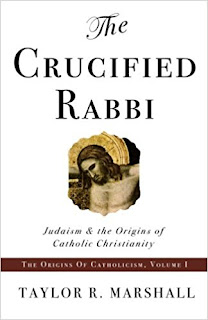 Posted by hereisjorgebergoglio at 7:53 AM 5 comments:

The Talmudists’ War on Poland

Posted by hereisjorgebergoglio at 7:34 PM No comments: 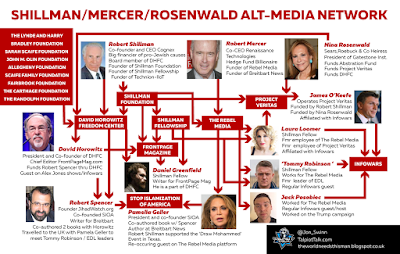 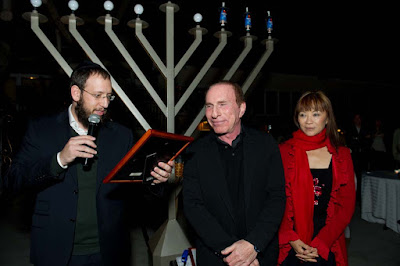 The priest as a social worker...

Turning the Novus Ordo into an NGO one priest at a time!
Posted by hereisjorgebergoglio at 11:16 AM 1 comment:

Francis gets a Hebrew Bible 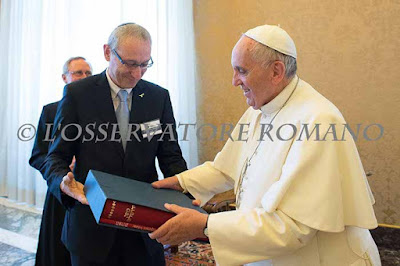 The Jerusalem Crown is a new, revised, and accurate Bible, based on the Aleppo Codex (Keter Aram Zova), the most accurate text of the Bible, on which Maimonides relied in his exposition of the laws governing the writing of Torah scrolls in his codification of Jewish law (Mishneh Torah).

The Jerusalem Crown is based on the latest studies of the biblical text by Rabbi Mordechai Breuer, recipient of the 1999 Israel Prize in Bible Scholarship. It has been recognized as the official Bible of the Hebrew University of Jerusalem and the Israeli parliament (the Knesset).

This is true enough in several senses but not in it being an “accurate Bible [...] based on the most accurate text of the Bible.”  The Aleppo Codex was written by the scribe Shlomo Ben Boya’a and had the vowels, the cantillation marks, and the Masoretic commentary added by Aharon Ben Asher, a Masorete.  It was dedicated to the Karaite community of Jerusalem.  Today scholars are still debating whether or not the Ben Asher family were Karaites.  Karaite Judaism is a branch of Judaism which follows only the Tanakh and not the Talmud. Talmudic Jews consider Karaites to be heretics.  This is humorous because the Rambam or Maimonides is the most influential Talmudic scholar of all-time.

On the page, Aleppo Codes (Haketer), it continues,

The Aleppo Codex, now known in Hebrew as Keter Aram Zova, is the oldest and most famous manuscript of the Bible. Written in Tiberias in the year 920, it has become the most authoritative biblical text in Jewish culture. The most famous halakhic authority to rely on it was Maimonides, in his exposition of the laws governing the writing of Torah scrolls in his codification of Jewish law (Mishneh Torah). After its completion, the Keter was brought to Jerusalem.

So why would Maimonides use this Aleppo Codex?  The reason is simple enough.  It writes out to the best of its ability anything which prophecies the coming of Jesus the Christ.  It is a Masoretic text written by rabbis who denied Jesus the Christ. It is for this reason that it is the official Bible of the Israeli Knesset and used to swear in Talmudic officials such as the presidents of the State of Israel.

Presidents of Israel taking the oaths of allegiance on it. 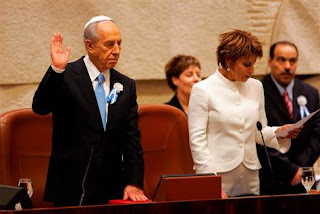 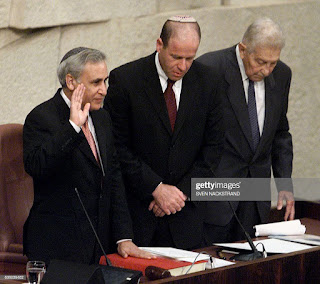 
In the Companion Volume which comes with the Jerusalem Crown, Menahem Ben-Sasson writes,

The key phrase is, “encouraging Jewish studies... developing them by engaging in research, instruction, and any other pursuit that might advance and disseminate them.”  The Hebrew University Bible Project also uses the Talmud and midrashim to flesh out their book.  When your starting point is the denial of Jesus as the Christ and you take from works which share this theme, you’ll end up with something which doesn’t resemble the text from which Jesus the Christ and the early church quoted. The Masoretic Bible is so different that the Samaritans consider it a rabbinical forgery. Of course to the Talmudic Jews, Samaritans are heretics who get put in a special class all their own.

Let’s briefly examine Maimonides, who gave “the final stamp of sacred authorization” to the text “in the Misshneh” was.  Maimonides wrote the Mishneh Torah and Guide of the Perplexed and is considered a great halachic authority.  He is promoted as a supporter of inter-faith relations and ahead of his time as Rabbi Abraham Skorka said, “The masterly opinion of Maimonides is that the human being in his present condition is indeed able to construct a reality of dialogue and of peace.”  Often times you’ll hear him quoted but what the listener doesn’t know is that these are from redacted and censored texts.  The true Maimonides is that he believed it OK to commit sodomy with children, believed gentiles were not human, was the premier anti-black racist, was a master in the field of situational ethics, believed every word in the Bible had a hidden meaning which contained the real truth, wrote God gave Jews a divine mandate to kill the wicked followers of Christ, ad nauseam.

Francis is a huge fan of Maimonides and attended a special exhibit on him in 2004 in Buenos Aires.  While there, “Cardinal Bergoglio praised Maimonides open attitude as well as his understanding those of other faiths and praised the exhibit for demonstrating this.”  Only four years later in 2008 Cardinal Bergoglio happily accepted the ‘Maimonides Award for Inter-religious Dialogue’ from Rabbi Skorka. It should come as no surprise why Francis was so excited to receive this Hebrew Bible from Prof. Menahem Ben Sasson on 26 January 2015. The book will undoubtably help Francis turn St. Peter’s into a synagogue and the Vatican a shtetl.  All the proof you need is to be found in Francis’ preface to the La Bibbia dell’Amicizia: Brani della Torah/Pentateuco commentati da ebrei e cristiani. In it Francis, “implies that Catholicism is anti-semitic at it’s core when he states, “we have in the past nineteen centuries of Christian anti-Judaism”. His diagnosis for this, “Christian anti-Judaism” is “to work harder to ask for forgiveness and to repair the damage caused by misunderstandings.” How does he propose, “repair[ing] the damage”? Why by simply adopting Jewish, “value$, traditions, and ideas”. He then states that these Jewish value$ are inviolable and necessary for “constructive dialogue.” ”  Then he concludes by writing that, “It is vitally important for Christians to discover and promote knowledge of Jewish tradition in order to be able to understand themselves authentically.”


If one were to adopt these Jewish value$ and become a Noahide, what rewards could one expect according to Maimonides and the rabbis?  The reward would be being subordinate to Israel on this earth and when they died it would be going to Hell for all eternity. How wonderful!  Why then are outfits such as ChurchMilitant, LifeNews, and LifeSiteNews openly advocating for the adoption of the noahide laws or those who support the noahide laws?  They are doing nothing more than following the not so occult desires of Francis.

It should come as no surprise that Francis was happy to receive the Maimonides approved Hebrew Bible for Francis likely shares Maimonides’ belief that Jesus wasn’t the Messiah, he just imagined himself the Messiah.  Francis is doing everything in his power to transform the office of the papacy, destroy the Church, and wipe out what it means to be Catholic.  How long until he also shares Maimonides’ belief that Catholicism is a stumbling block and all those who worship Jesus the Christ deserved to be executed?  His perversion and inversion of Jesus the Christ and His Church will not end, sadly we fear, until he draws his last breathe.


(See 52 seconds mark for the giving of the gift to Francis.)

Posted by hereisjorgebergoglio at 4:16 PM No comments: 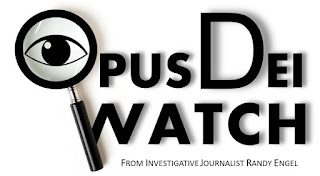 The website akaCatholic has been publishing the research of Randy Engel on Opus Dei.  Both have done a great service to English language readers as it is difficult to find honest reporting in English on Opus Dei as the personal prelature keeps a tight lid on what is written about them through their full spectrum dominance of the religious medias.  While we at Call Me Jorge... don’t agree with everything Randy Engel writes, she should be given kudos for shining the light on Opus Dei.

Posted by hereisjorgebergoglio at 4:08 PM No comments:

the new evangelization in Poland — almost at a loss for words


Is Poland really Catholic?
Posted by hereisjorgebergoglio at 8:30 PM 6 comments: