A Torah Lesson on ‘Gender’ & Reincarnation

Talmudic Judaism is the insanity that comes from nullifying the Word of God. Here, a Hasid uses his rabbis' fantasies to justify his mental derangement -- a man dressing as a woman and believing he is a female soul trapped in the body of a man.

The rabbis explain that Adam was originally an androgynous hermaphrodite made in the image of god. 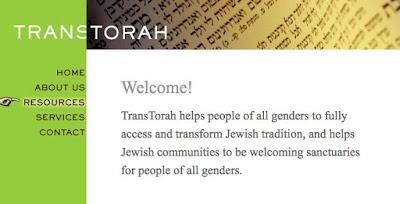 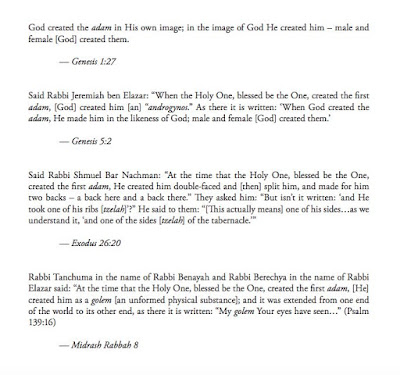 Aggada (The way we tell our stories): Text Study on Bereshit Rabbah 8:1, TransTorah, 2006

The six 'genders' of the insanity known as Talmudic Judaism 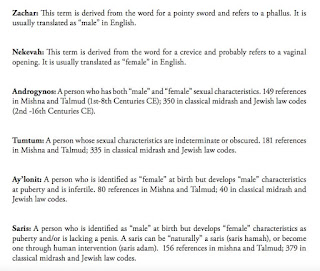 Talmudic rituals and liturgies for Jews transitioning their 'gender' 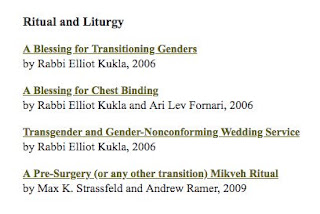 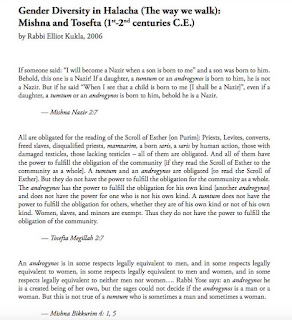 ‘Wisdom’ from Chabad-Lubavitch on Isaac from the Old Testament... he was actually a female soul born into a male's body until he prayed to god and god swapped souls - male for female 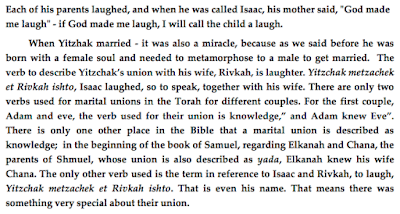 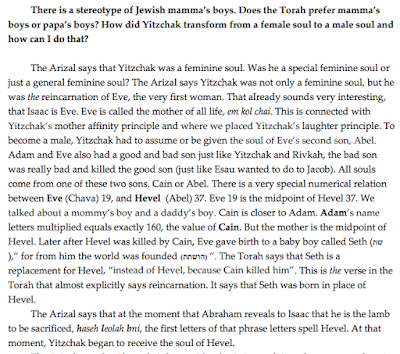 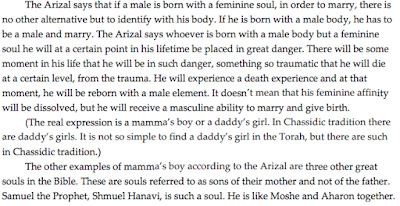 The 'wisdom' just doesn't stop. This time from Rabbi Yitzchak Luria (aka Isaac Luria) on "Cross-Gender Soul Migration". When it comes to kabbalah craziness is the order of the day. 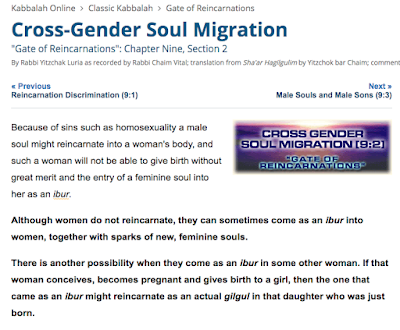 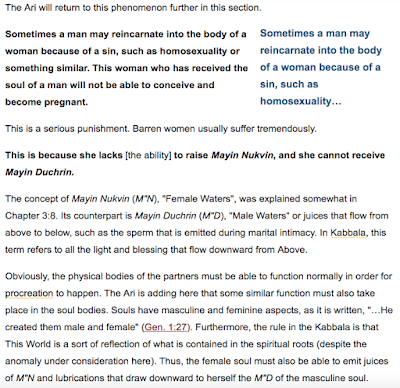 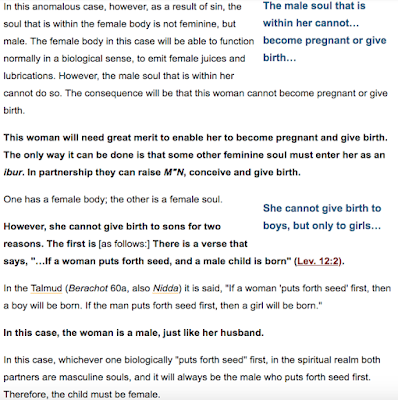 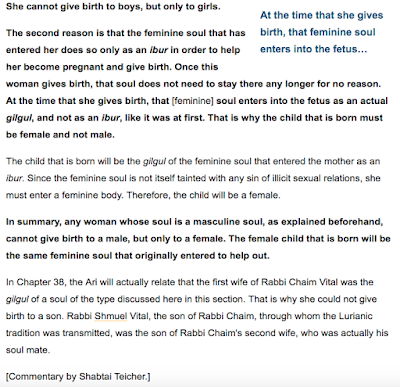 Posted by hereisjorgebergoglio at 3:13 PM