Francis had another shaman as his guest


Angaangaq Lyberth goes to the Vatican 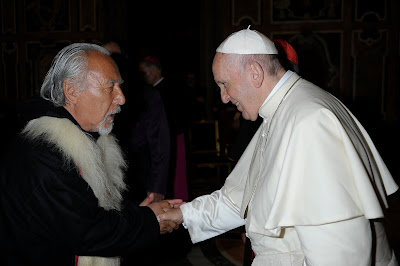 On the Third Year Anniversary of the Pope’s Statement on Climate Change, a big Gathering was being held in the Vatican during the 5 and 6 July this year –

July 05, I was a guest speaker at the 18th Anniversary of Earth Charter in Doorn in Nederland – I left Rome during the afternoon – as I arrived at the Rom Airport I received a note from the Vatican that they have found a space for me to attend the Gathering –

Here are few of the pictures of my meeting and greeting with Pope Francis – Now people are working on that His Holiness the Pope and I will have a personal meeting later this year.

Angaangaq´s Meeting with His Holiness Pope Francis in the Vatican, Ice Wisdom, (4 August 2018). 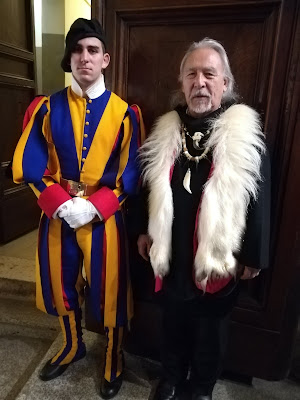 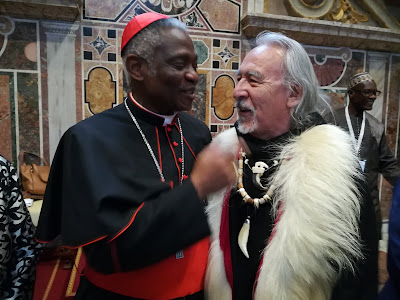 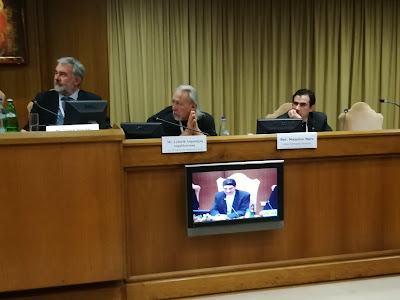 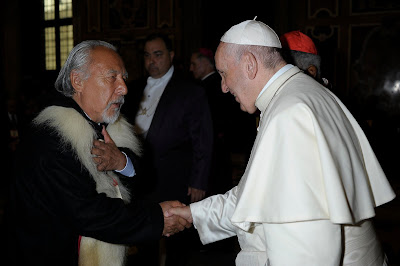 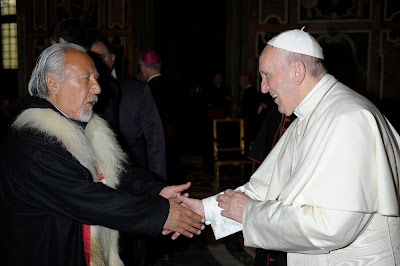 Does Francis like Angaangaq believe that all religion came out of shamanism?

Posted by hereisjorgebergoglio at 10:49 AM