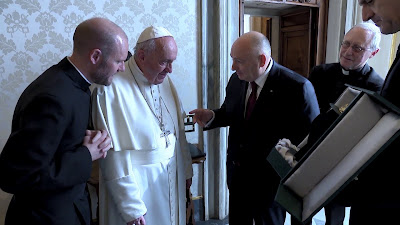 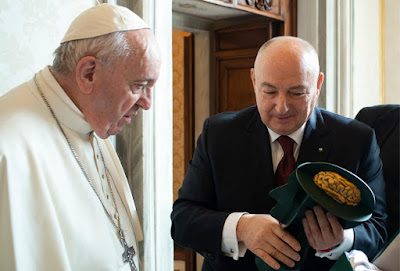 Moshe Kantor gives Francis a ‘brain’.
Posted by hereisjorgebergoglio at 7:58 PM No comments: 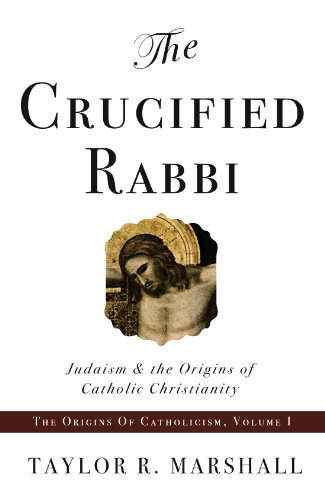 
Bp. Kevin Vann is pro-illegal immigration, has shepherded priests that are supporters of same-sex marriage & women priests, and has swept under the carpet a multitude of sex crimes committed by his prelates. pic.twitter.com/BnsElM1j5O
— Jorge Bergoglio (@HereIsJorge) May 25, 2019


The late Cardinal William Baum was a peritus at Vatican II, a member of the World Council of Churches, Archbishop of Washington, D.C where he covered up a plethora of sex crimes by his prelates, strong supporter of Opus Judei, and is rumored to have been a homosexual. pic.twitter.com/pUtwq08ISv
— Jorge Bergoglio (@HereIsJorge) May 25, 2019


Archbishop John Myers is Opus Judei. He covered up Cardinal McCarrick's sex crimes as well as other prelates. He is known for living high on the hog.https://t.co/9CDzlLseP4 pic.twitter.com/lyLmdMKmqm
— Jorge Bergoglio (@HereIsJorge) May 25, 2019

Bishop Kevin Farrell (now a cardinal) was then-Cardinal Ted McCarrick's roommate for six years. McCarrick is a former papal advisor, infamous disgraced child predator, who was laicized. Farrell is a supporter of LGBT and is intimately connected to Opus Judei. pic.twitter.com/asfEpKzbIq
— Jorge Bergoglio (@HereIsJorge) May 25, 2019


Mark Drogin was a self described "athesist" Jew convert to Novus Ordo, is President of Remnant of Israel. The Mission of Remnant of Israel is to proclaim the Jewish roots of Christianity. His mentor was Orthodox Jew turned 'Catholic', Fr. Arthur Klyber. https://t.co/rWufmJbf6Q pic.twitter.com/5yrVQp3pLM
— Jorge Bergoglio (@HereIsJorge) May 25, 2019


Roy Schoeman was a Jew who was a follower of Rabbi Shlomo Carlebach (Chabad, Schneerson, & Kahane) that had 'god' appear to him which led to his Novus Ordo conversion. He teaches Catholic prophecy is being fulfilled by adopting Talmudic beliefs in church. https://t.co/p3EbFVqBin pic.twitter.com/c0O5v9Aw7t
— Jorge Bergoglio (@HereIsJorge) May 25, 2019

Scott Hahn is a former Presbyterian minister who converted to the Novus Ordo thanks to Opus Judei. pic.twitter.com/Al4luyoExz
— Jorge Bergoglio (@HereIsJorge) May 25, 2019


There are also many connections of people mentioned to the University of Dallas and the Franciscan University of Steubenville.
— Jorge Bergoglio (@HereIsJorge) May 25, 2019 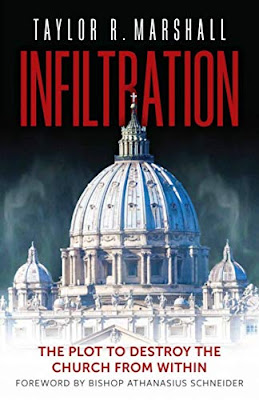 In the Acknowledgement to "Infiltration" Taylor Marshall thanks an occultist (Coulombe), an ecumenist (Schneider), and publishers of Opus Judei books (McKinney & Barger) https://t.co/f1964dcFLo pic.twitter.com/3FoUAWFxYy
— Jorge Bergoglio (@HereIsJorge) May 25, 2019

What is the “Infiltration”?

When an upstart mob pushes out the old mob by ‘taking on corruption.’

Posted by hereisjorgebergoglio at 3:01 PM No comments:

Viganò shows up to pray the Rosary and protest Cardinal Marx in Munich, Germany

First time he has been seen publicly since August 2018

Francis (sort of) apologizes for setting a bad example


“Many times we lose patience; me as well, and I apologize for yesterday’s bad example”


Everybody does it right?