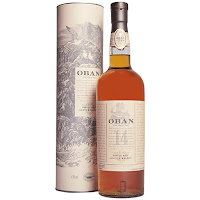 Tony Kearney, the director, whose company Solus Productions made the one-hour observational documentary, Priest School, followed the seminarians over 18 months from 2018.

He said: “We filmed the students meeting the Pope in the Apostolic Palace. One of them was tasked with giving the Pope a bottle of malt, because they know he likes whisky.

“He was really down-to-earth with them all, and when they handed him the bottle, instead of just handing it to his assistant as he normally would with a gift, he held it up and said ‘questa e la vera acqua santa’, which means ‘this is the real holy water’. He guffawed with laughter and it was a real ice-breaker and put everyone at ease.” 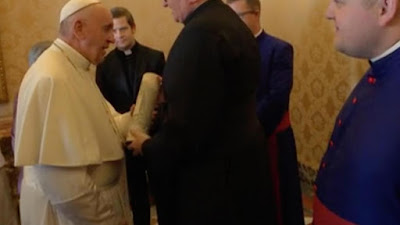 Francis with his bottle of Oban 14.
Posted by hereisjorgebergoglio at 3:56 PM