Jewish Pirates of the Caribbean


(11 minutes & 27 seconds) “It was a Jewish spy who tipped off the British about the Spanish Armada coming, because they [The Jews] hated Spain so much.”

(20 minutes) “The Jews of Brazil resided in Recife, their fortune in the sugar and slave trades, they made-up 30% of the ‘white’ population of Brazil in the 1640s. They were the first slave traders, they brought the slaves from Africa to South America.” 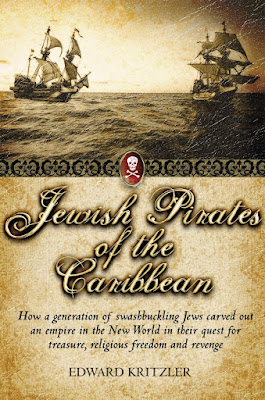 Jewish Pirates of the Caribbean: How a Generation of Swashbuckling Jews Carved Out an Empire in the New World in Their Quest for Treasure, Religious Freedom and Revenge by Edward Kritzler (online) (pdf)


Jewish Pirate Cemetery of the Caribbean

My Brother, Ed Kritzler and his book Jewish Pirates of the Caribbean


(25 minutes & 37 seconds) “and according to the rules of the Synagogue Zur Israel that was set up, he [Moses Cohen Henriques, the Portuguese Sephardic Jewish Dutch pirate] had to donate three percent of his booty to the synagogue”

Posted by hereisjorgebergoglio at 4:28 PM