Bergoglio gets a Siddur which he still uses daily 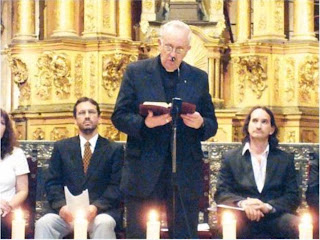 
On 12 November 2012, then Cardinal Jorge Mario Bergoglio co-officiated with B’nai B’rith of Argentina, a Memorial Service for Kristallnacht at the Metropolitan Cathedral in Buenos Aires.

Since 1994 B'nai B'rith organizes this commemoration in different Catholics churches in order to keep alive the memory and remember what at the time was silenced, leading to the Shoah.

But the great idea to do it in the Buenos Aires Cathedral was of the Cardinal Bergoglio.

Boris Kalnicki, president of the Argentina B'nai B’rith, was commissioned to guide the ceremony


Lecture about the relations of the Catholic Church and Judaism in Buenos Aires, 'the city of the pope Francis by Fr. Daniel Alejandro Cutri, The Ecumenical Theological Research Fraternity in Israel, 26 February 2015

Sometime during the evenings festivities, Jorge Bergoglio was given a siddur.

“Rabbi Alejandro Avruj from the conservative synagogue Congregation Emanu-El joined the ceremonies, lighting the menorah with Bergoglio and presenting him with a siddur.” 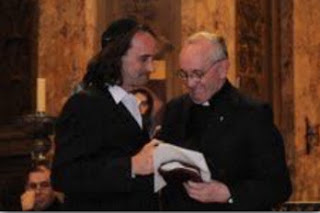 “One of the highlights of the ceremony was the delivery to the Cardinal Bergoglio of a new edition of Siddur (book of daily prayers), as a symbol of those texts that were destroyed on Kristallnacht.”

Lecture about the relations of the Catholic Church and Judaism in Buenos Aires, 'the city of the pope Francis by Fr. Daniel Alejandro Cutri, The Ecumenical Theological Research Fraternity in Israel, 26 February 2015 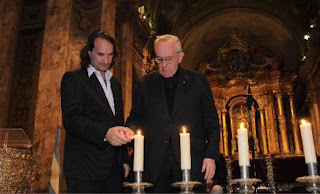 Rabbi Alejandro Avruj guides Cardinal Jorge Mario Bergoglio’s hand in the lighting of the six and final candle in memory of six million.

In this sense, Avruj commented that only two months ago, the Judaica Foundation and the NCI-Emanu El congregation, which has as its origin the German Jews who escaped that night, from Kristallnacht, have just published "a new Sidur, with prayers that have to do with our Shabbat and with what we seek for our children. Precisely, one of the highlights of last night's ceremony was the delivery to Cardinal Bergoglio of a new edition of the Sidur (book of daily prayers), as a symbol of those texts that were destroyed on Kristallnacht.


Rabbi Alejandro Aruvj studied at the "Abraham J. Heschel" Higher Institute of Rabbinical Studies in Buenos Aires, graduated from the Seminario Rabínico Latinoamericano Marshall T. Meyer, is the current president of the Asamblea Rabínica Latinoamericana (Latin American Rabbinical Assembly) which represents the World Masorti Movement, and has been honored by the ADL of B’nai B’rith. 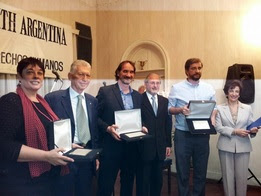 
Rabbi Sergio Bergman who refers to Francis as, “the Great Rabbi Bergoglio” and sees him “as a true rav” endorsed the siddur.

Rabbi Sergio Bergman, “It is an invitation to form and multiply vocations to serve the Jewish community by creating spaces of meaning with a projection as human as it is universal. It is an expression in text of the dialogical experience of expanding the notion of our spiritual power. ” 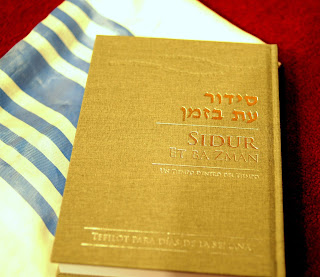 Abraham J. Heschel looks at the sight of Jewish people going for centuries on a pilgrimage to the Western Wall and finds this to be a beautiful image of the meaning of prayer.


“A wall stands between man and God, and at the wall we must pray, searching for a cleft, for a crevice, through which our words can enter and reach God behind the wall.(...) The tragedy is that many of us do not even know how to find the way leading to the wall.”

Prayers at a Wall. Hoping to pass our own sighs through the small crevices.

The Siddur, Israel’s ancient book of prayers, seeks to guide us so that we can discover again the road leading to the Wall.

I am overcome with emotion at this year’s fulfillment of one of our most dear projects –the publication of the first Siddur of our congregation, Siddur Et baZman, a Time within Time.


The compilation, edition and translation of the Siddur texts took several years of work. I was able to find a new approach to all of them, so as to respond to our need for tools and guidance that may help us speak through our walls.

Et baZman, a Time within Time tries to be a friendly and easy-to-read Siddur when it comes to dealing with the ancient texts. When trying to pray with a Siddur, many people find they have to face something distant and alien. Just when all they need is closeness and the beauty of the essential. That is why the Spanish version of Et baZman has been written in a familiar, harmonious, modern and spiritual language. All the prayers appear with the corresponding phonetics for those who find Hebrew an additional barrier. And its design will help follow the religious service.

Its name --Et baZman, a Time within Time, is intended to help us open a door. The door that will help us understand that in order to hold a transparent and intimate conversation faced to the walls that stand between the Mystery and ourselves, we need to set aside some time. And that time must become sacred, within the inevitable passing of time.

Rabbi Avruj wants his “siddur” to guide you to this former trash dump which by kabbalistic magick was transformed into a place where Jews can zivug with the feminine aspect of their hermaphodite God (here, here, here).


Francis must relish having a siddur (Jewish ‘prayer’ book) being that it contains some of his favorite anti-Christian Talmudic prayers/curses in it. Among them are: 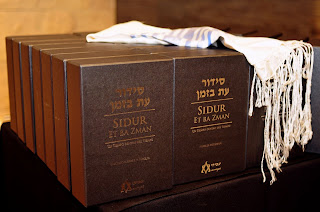 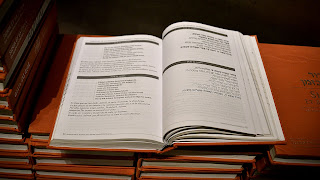 Mark Shriver interviewed Rabbi Alejandro Avruj for his book, Pilgrimage: My Search for the Real Pope Francis, wherein the rabbi recounts the story of Bergoglio and the Siddur he gave him. 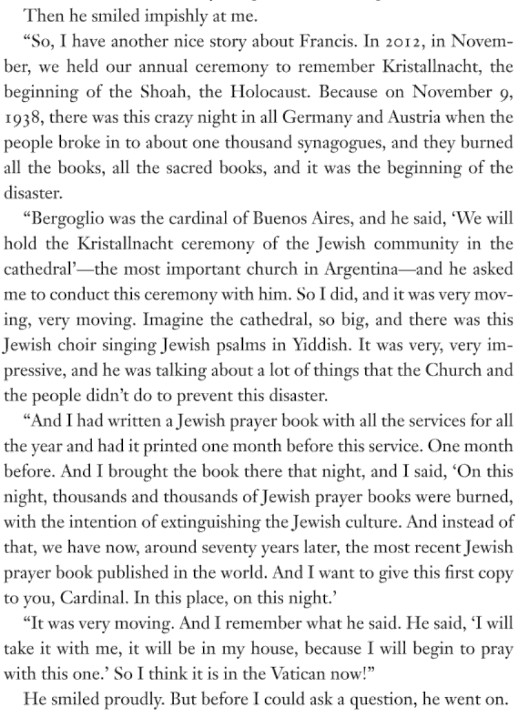 
Bergoglio according to what the rabbi recounted said, “I will take it with me, it will be in my house, because I will begin to pray with this one.”  This is interesting in several aspects. If one reads between the lines, one would assume that Bergoglio was already using a siddur for his daily prayers, as he says “I will begin to pray with this one.” Rabbi Avruj is confidant that the “first copy” siddur he gave to Jorge Bergoglio was taken to the Vatican City State when he relates, “I think it is in the Vatican now!”  We have no reason to doubt Avruj as Francis’ actions back up Rabbi Avruj’s belief. Did Francis not go to the Western Wall in 2014? Recall what Avruj wrote about the purpose of his siddur, “The Siddur, Israel’s ancient book of prayers, seeks to guide us so that we can discover again the road leading to the Wall.” One has to wonder if Francis keeps his siddur resting against the tzedakah box he was given by the ADL and if both are sitting under the framed Babylonian wedding contract (ketubah) gifted to him by the World Jewish Congress’ offshoot, the European Jewish Congress. When one examines Francis’ anti-Catholic behavior since assuming the papal office it should come as no small surprise that his daily prayer book is a siddur which foundation consists of anti-Christian Talmudic curses. 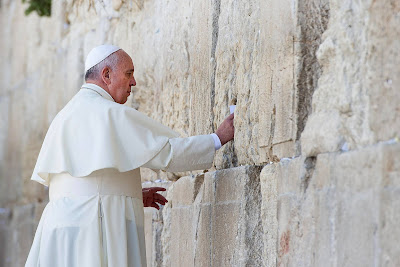 Posted by hereisjorgebergoglio at 10:50 AM