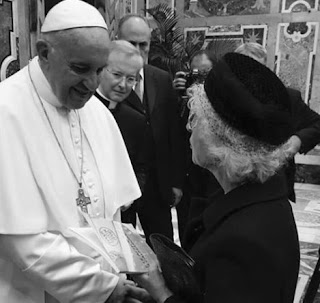 
Francis received yet another book to add to his growing library of Judaica on 3 November 2016. This time it was a book about restoring of Jewish and Talmudic books that had been damaged in their synagogue in the 1966 Arno River flood in Florence, Italy. On hand to present this book to Francis was Sara Cividalli, Florentine councilor of the Union of Italian Jewish Communities. After giving Francis his copy of E le acque si calmarono (And the waters calmed down), the two discussed the meaning of the exhibit of the restored books and the importance of the 50th anniversary of the flood that was to occur the following day. Among the books restored were incunablea (early printed books from 1440 to 1501) and books from the 1500s. One can only imagine all the anti-Catholic literature that was restored, no wonder Francis is smiling in the photos. 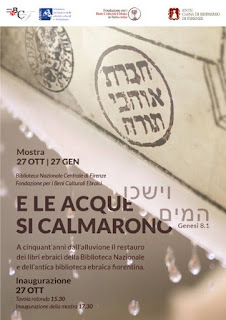 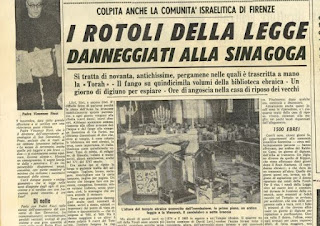 News of the flooded synagogue and books in Italian newspaper. 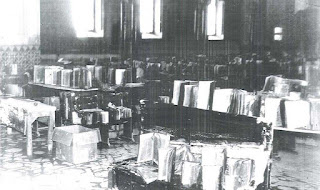 The books drying out in the synagogue after the flood. 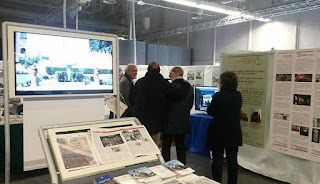 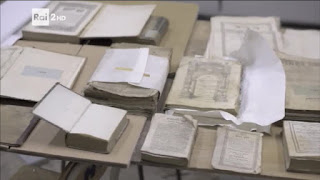 A few of the restored books.

Video on the restoration of the Talmudic books.

Three photos of the exchange from photovat. 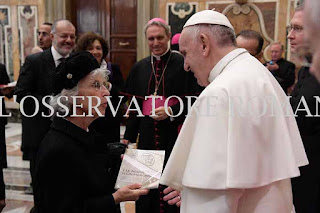 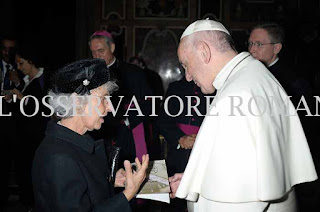 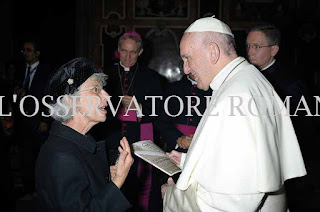 Posted by hereisjorgebergoglio at 4:43 PM