“The presidential elections in November represent an epochal challenge, a biblical challenge, the outcome of which will be decisive not only for the United States of America but for the whole world. It is necessary that all of you Catholics of America are well aware of the role that Providence has deigned to entrust to your President, and that you are aware of the extraordinary battle that He is preparing to fight against the demonic forces of the deep state and against the New World Order. I am at your side with fervent prayer, together with millions of Catholics and with all people of good will throughout the world.”

Trump Presents Netanyahu with Key to the White House 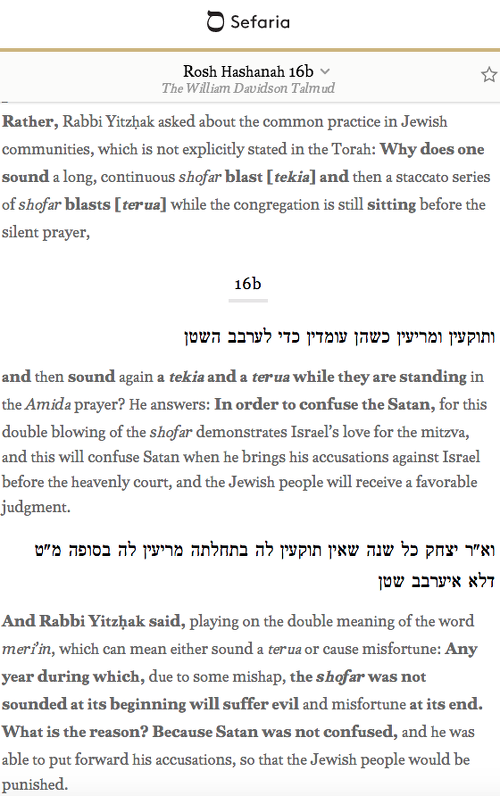 “MINCHA! on the South Lawn”

* Mincha is the afternoon prayer service of Talmudic Jews. 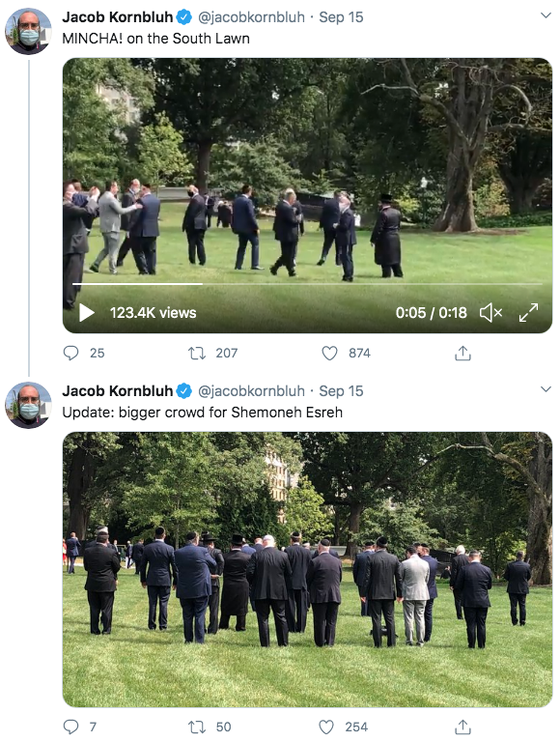 ‘Amidah’ - Birkat Ha’Minim invocation
So what exactly is the ‘Amidah’ prayer?  This invocation is 1927 years old and in the 12th ‘benediction’ the Talmudic Jews curse Christians.  The Talmudists are required to pray this by Halachic law not once, not twice, but three times a day in order to be considered Jewish!

And for Christians let there be no hope, and may all the evil in an instant be destroyed and all thy enemies be cut down swiftly; and the evil ones uproot and break and destroy and humble soon in our days. Blessed are you lord who breaks enemies and humbles sinners. (Birkat HaMinim, "Benediction" #12 of the Shmone Esreh (18 Benedictions) mandated by halacha to be prayed by every Orthodox Judaic male three times daily).

The Amidah prayer in its section twelve (formerly section nineteen) contains the Birkat HaMinim, the curse on Christians ("Ha' or 'la' 'minim"): Kerega karishah v'khol tikvah tehi al ve laminim ("Let there be no hope for the wicked and for Christians"). The curse has since been disguised by telling inquiring gentiles that the text is targeted not at laminim but at lamalshinim ("slanderers") and is aimed at malicious gossips, not Christians. The goyim usually believe this nonsensical cover story. It would be "antisemitic" not to believe it. The truth, however, may be discovered in any uncensored edition of BT Berakhot 28b-29a. The failure to recite this section of the Amidah "prayer" was considered a sure indication that the Judaic who failed to say it was a crypto-Christian. Hence, recitation of the Birkat HaMinim was a litmus test to determine if a Judaic was secretly harboring Christian beliefs. In the past, Judaics who failed this test were subject to the rabbinic penal laws of the cherem, including beating, whipping and in extreme cases, execution. The Birkat HaMinim prayer also consists in the supplication that Christians be "swiftly cut down (m'heriah... yika reitu)... doomed (toveid)... destroyed (ut mahgeir)" and "uprooted (fe'akeir)." Judeo-Churchians refer to this curse as a "blessing" — "the blessing of the Amidah."

The patristic authority Jerome (342-420) complained bitterly, in his commentary to Isaiah, about the Jews’ condemnation of notsrim (believers in Jesus, “the Nazarite”), in the benediction of the daily Amidah known as Birkat ha-Minim: "The Jews . . . after having been invited by the Lord to do penitence . . . up to the present day persevere in blasphemy and three times a day in all their synagogues they anathemize the Christian name."

His complaint echoes even harsher early Christian polemics, such as that of the Church Father Epiphanius (315-403): "Not only do Jewish people have a hatred of their enemies; they even stand up at dawn, at midday, and toward evening, three times a day when they recite their prayers in the synagogue, and curse and anathemize them. Three times a day they say, 'God curse the Nazoreans.' For they harbor an extra grudge against them . . . because, despite their Jewishness, they preach that Jesus is the Christ, the opposite of those who are still Jews, for they have not accepted Jesus."

Rabbi Sholom Mordechai Rubashkin (aka Meth Messiah), a shaliach of the Rebbe Schneerson,  is granted a pardon by Donald Trump on 20 December 2017. He was serving a 27 years sentence at the time. As CEO of Agriprocessors, it was known for issues involving animal treatment, food safety, environmental safety, child labor, and hiring of undocumented immigrants. Rubashkin was charged and convicted of financial fraud, including bank fraud, mail and wire fraud and money laundering. Among other crimes not prosecuted: selling crystal meth and trafficking in slaves.

On 29 July 2019, Donald Trump pardons pious Yid, Ronen Nachmani, who was convicted and sentenced to 20 years for importing chemicals from China, turning them into synthetic marijuana (aka K2, spice, bath salts), and selling them nationwide. 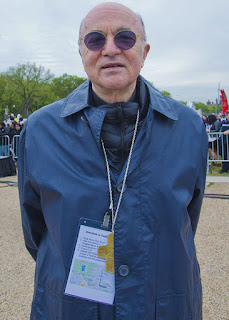 “[Trump] is preparing to fight against the demonic forces of the deep state and against the New World Order.”

Posted by hereisjorgebergoglio at 4:58 PM