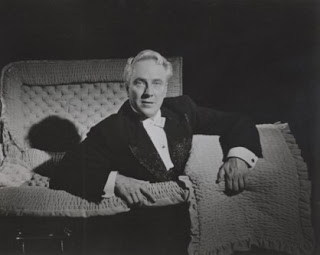 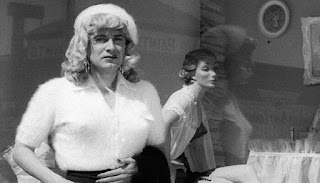 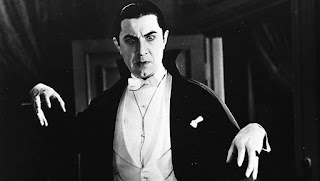 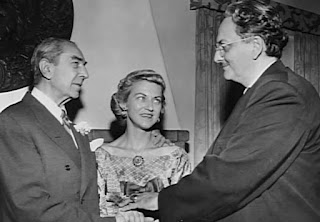 • Uber-occultist Stephan A. Hoeller is a friend of Manly P. Hall and was employed by Hall as a faculty lecturer at the Philosophical Research Society. 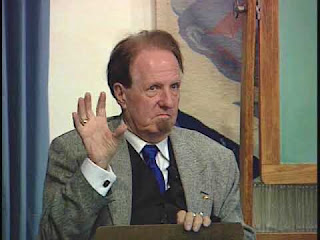 • Stephan A. Hoeller and Charles A. Coulombe perform tarot card divinations inspired by Manly P. Hall in a Theosophical Lodge. 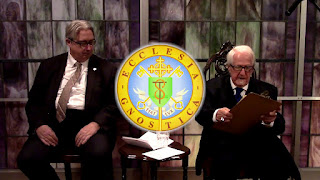 • Charles A. Coulombe founds and runs a Criswell Club whose members go by the moniker Criswellians. Charles also channels Jerome Criswell. And so we are back to where we began. 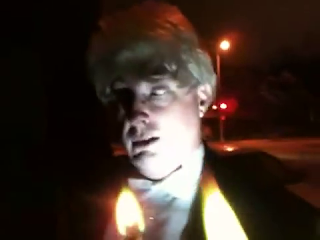 See more on Sir Charles the Feeneyite Knight at The Charles A. Coulombe Arcana.
Posted by hereisjorgebergoglio at 9:21 AM