WJC opens office in the Vatican

Nothing like an elite group of billionaire mafia members who are the heirs of Christ’s executioners opening a branch in the heart of the Vatican. Wonder what they will shove down the throats of pewsitters in addition to: anti-semitism; reviewing Catholic text books; changing Holy Week; noahide laws; victimhood supremacy; vaccines; holocaustianity; hasidism; rabbinic value$; and Israel?

Posted by hereisjorgebergoglio at 11:05 AM No comments: 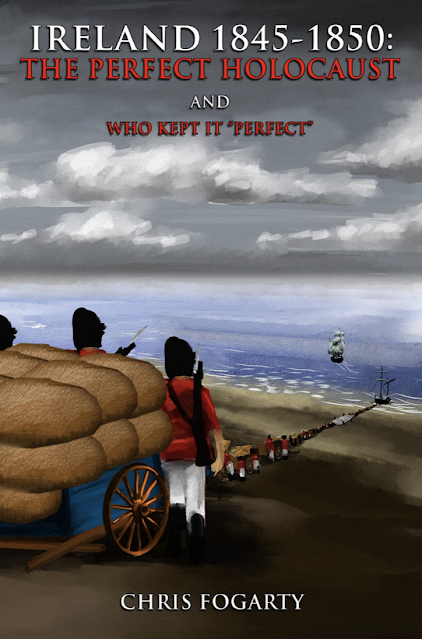 Ireland 1845-1850: The Perfect Holocaust and Who Kept It “Perfect” by Chris Fogarty (order or read online)

Interview with Mr. Fogarty with introduction by Defeat Modernism

Posted by hereisjorgebergoglio at 11:51 AM No comments:

It was all a Sister Act... Suor Cristina now lives as Cristina Scuccia.

Suor Cristina has ditched the veil and now works as a waitress in Spain
She found the religious habit too suffocating so she abandoned it. 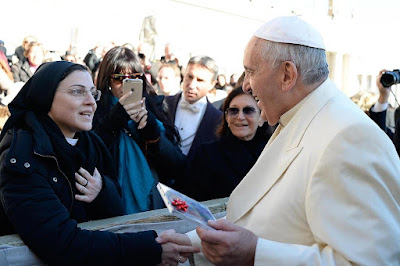 Who am I'm to judge after 15 years of sisterhood?
Who could have seen this coming? 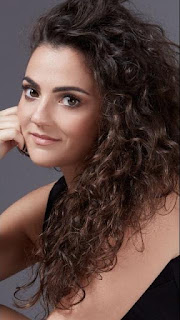 A new nose-ring, what next? A tattoo?
Related Sister Cristina:
Posted by hereisjorgebergoglio at 8:01 AM No comments:

Creature of the Israeli government - AIPAC 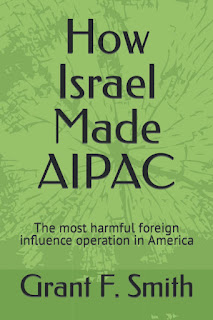 How Israel Made AIPAC: The Most Harmful Foreign Influence Operation in America by Grant F. Smith
Posted by hereisjorgebergoglio at 3:06 PM No comments: 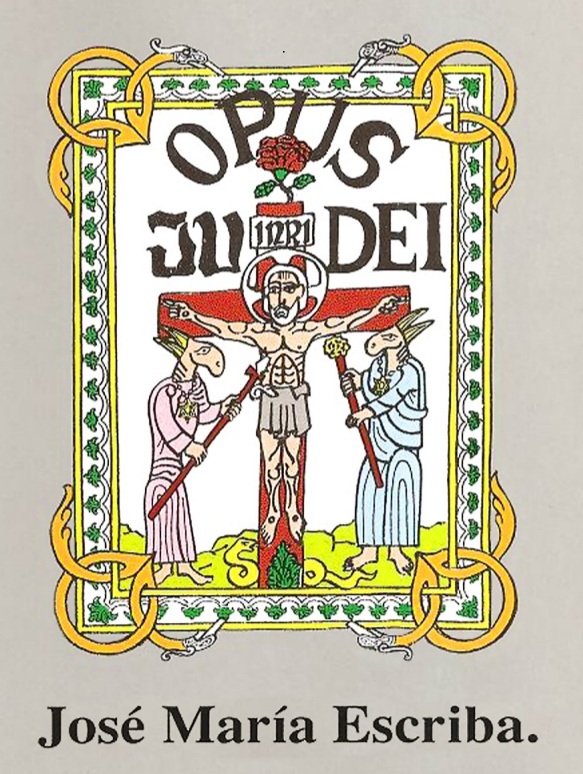 Posted by hereisjorgebergoglio at 6:09 PM No comments:

Excerpt from Charles Coulombe’s speech “Is the Papacy Really Holy?” at the 2019 SBC Conference “The Church’s Four Marks: Reflections on These Indelible Divine Signs” at the Feeneyite Saint Benedict Center in Richmond, New Hampshire.

Charles A. Coulombe, “The truth is that humanly speaking the story of the papacy is in many ways a very sorry one if you want to look at the low points. Where do we start? We start with the first Pope. The first public act of the holiest and best of pontiffs was denying our Lord three times. You know if you get better than that you're doing good.”

This is more than just an error — he has written a book on the papacy, Vicars of Christ: A History of the Popes, and holds himself to be an erudite Catholic historian. When Coulombe gets something so wrong that's so simple, it's easy to brush him off as ignorant. Knowing he divines with tarot cards, goes to a theosophical lodge regularly, hangs out with gnostics, and lies about it all — leads one to conclude this man is straight up evil.

St. Robert Bellarmine writes, “St. Peter, when he denied Christ, had not yet begun to be the Sovereign Pontiff. For it is certain that leadership of the Church was given to him by Christ in John 21, when the lord after his resurrection said to him: Simon, son of John, feed my sheep. Therefore that denial of Peter should not be listed among the errors of Roman Pontiffs.”

The above quote from St. Robert Bellarmine was easy to find and can be found on page 974 of Controversies of the Christian Faith by St. Robert Cardinal Bellarmine, S.J.; translated from the Latin by Kenneth Baker, S.J.; Keep The Faith (2016); On the Sovereign Pontiff, Book IV On the power of the Roman Pontiff in spiritual matters, On the errors that are falsely attributed to Roman Pontiffs...

Thank you to JustACatholic1 for bring this to our attention.

For more on Coulombe see: The Charles A. Coulombe Arcana

Posted by hereisjorgebergoglio at 5:44 PM No comments:

the new evangelization in Portugal

Techno trance music, immodest dress, and Ecclesiastical Latin make a mockery of the ‘Ave Maria’
Mocking Good Friday as he gives a homily to his dog about brotherhood.
Don’t think for one moment that Francis doesn’t know who Guilherme Peixoto (aka DJ Padre Guilherme) is. He had him to the Vatican as a guest on November 9th, 2019 and blessed his DJ-ing headphones (here, here). 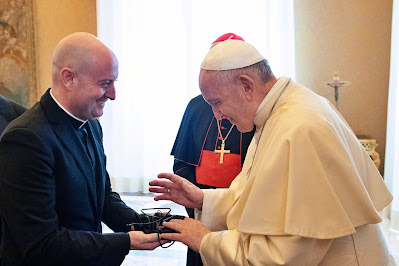 Thank you to BastoAugust for bringing these videos to our attention.
Posted by hereisjorgebergoglio at 3:28 PM No comments: