On 8 November 2010, archbishop of Buenos Aires, Jorge Bergoglio testified  as a witness for 4 hours on crimes committed at a Naval Mechanical School.  Go to 6 minutes in the above video & watch Jorge pick his nose and slyly eat it.
Posted by hereisjorgebergoglio at 10:15 PM No comments:

Email ThisBlogThis!Share to TwitterShare to FacebookShare to Pinterest
Labels: booger 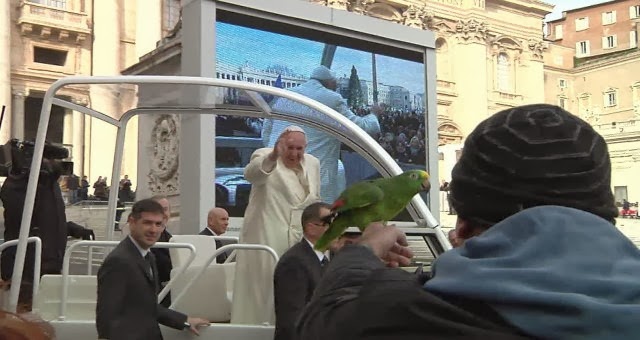 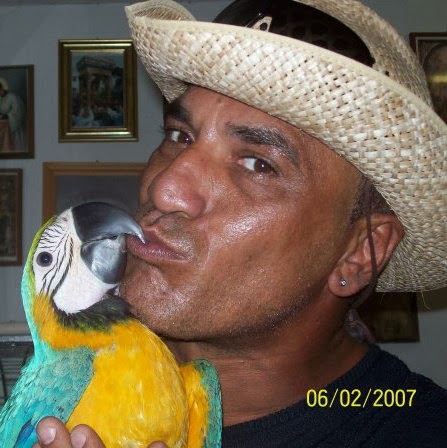 Posted by hereisjorgebergoglio at 9:56 AM No comments: 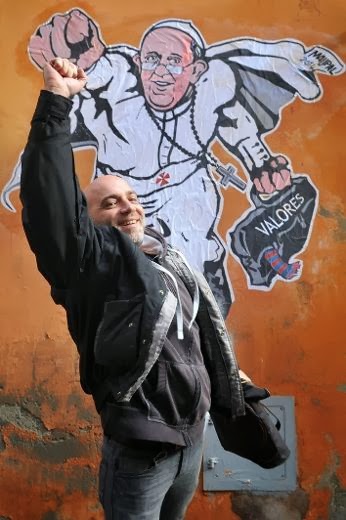 Italian street artist Mauro Pallotta (aka MAUPAL) posing next to his creation of SuperFrancis.  The black satchel Francis is carrying reads "VALORES" which translates into English as "values".  Peaking out of the black briefcase is a scarf with the red & blue colors of Francis' favorite football team, San Lorenzo.  In a video interview Mauro Pallotta says, "everyone needs superheroes," and this is the impetus behind the artwork.  When Vatican Insider talked with Pallotta he had this to say,


“like the Marvel superheroes that are metaphors of Greek mythology. In this case it’s modern mythology we’re talking about. Francis is a superhero and he uses his power for the good of the people. That’s why he’s a very “pop” Pope. In his hand he carries a briefcase with Christian values and a scarf with the colours of the San Lorenzo football team. This makes him more human. He’s human and he’s humble but he’s a superhero"

Several things are of interest about this piece of street art:

Posted by hereisjorgebergoglio at 9:38 AM No comments: 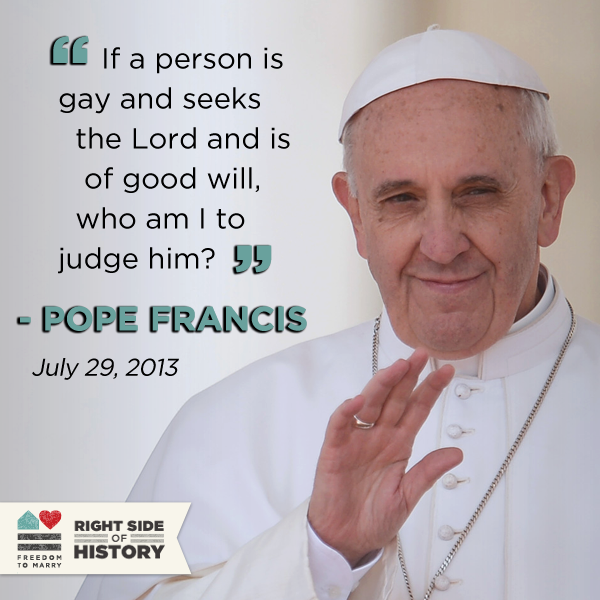 "If someone is gay, who searches for the Lord and has goodwill, who am I to judge?” - Pope Francis

This past Christmas season Don Paolo Tondelli, the curé of Novellara, reflected on  those words and decided to do something about it.  On Christmas Day in the church where the Nativity Scene was displayed appeared two St. Josephs and no Blessed Virgin Mary!  How could a priest albeit of the Novus Ordo even think of doing such a thing?  Imagine if a prelate had said Our Lord had two fathers and no mother back in the middle ages!  The Catholics of the church would have arrested the man.  Such are the poisonous fruits of  the Novus Ordo Missae & the 2nd Vatican Council.  What did Fr. Tondelli have to say about his manger?


"The family is formed by a man and woman but my crib meant to be a provocation on such sensitive a topic being talked about so much these days."

Fr. Tondelli had warned his bishop Massimo Camisasca of his blasphemous and sacrilegious idea before he carried it out.  Bishop Camisasca didn't see it fit to do anything until after the deed had been done.  Fr. Tondelli has a blog which shows signs of his obsession with sexuality, adolescents, psychology and drugs. 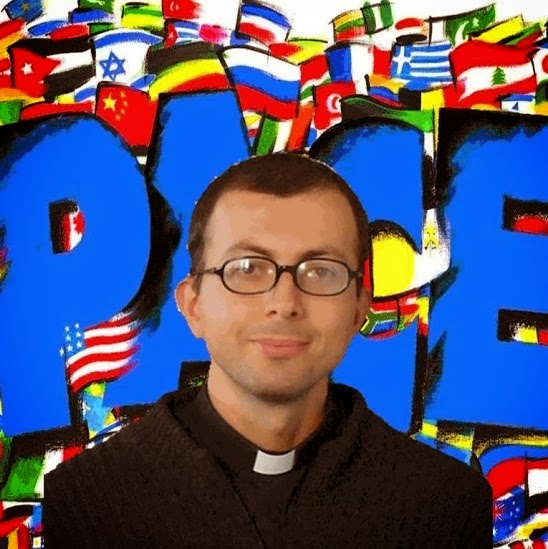 Posted by hereisjorgebergoglio at 8:41 AM No comments:

Posted by hereisjorgebergoglio at 11:36 AM No comments:

In what is fast becoming an extreme case of over-exposure, Francis was on yet another magazine cover today.  Having already been on The New Yorker, Time Magazine, The Advocate, and countless others, today he graces the cover of Rolling Stone magazine and has a featured cover story inside.  The article adds to the myth of humble Francis and insinuates Catholics who attend the Latin Mass or approve of tradition in the church are antisemitic and holocaust deniers. Further it states Fr. Stefano Manelli of the Franciscan Friars Immaculate was "running a cult of personality." Isn't Francis with his pro-homosexual PR firms guilty of this?  Who do we see in every magazine, newscast, and newspaper? The article concludes with an apt comparison of Francis in his answers to the press with slick Willie (Bill Clinton), known for always being honest.
Posted by hereisjorgebergoglio at 8:26 AM No comments:


Jorge had punk-rocker Patti Smith in his V.I.P. area at his general audience with the public at St. Peter’s Square.  She is famous for singing a poem at the beginning of the song Gloria.  The lyrics are as follows:

It is not known what the two discussed but Patti said she, “liked him a lot" and found him "very interesting.”  The blasphemous pop star Madonna has referred to Patti as a major inspiration in her career.  Patti is currently on tour singing and has a museum display, at the Contemporary Arts Center of Cincinnati, USA , which is a tribute to the life and death of the pedophile homosexual Robert Mapplethorpe.

Posted by hereisjorgebergoglio at 2:18 PM No comments:

Lavezzi in the papal chair 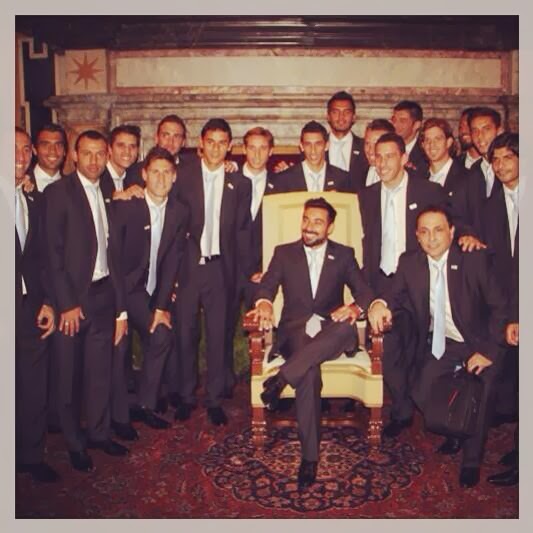 Ezequiel Iván Lavezzi nicknamed 'Poncho' sat in the Pope’s chair surrounded by members of the national soccer team for Argentina.  The team was in town to play the national team from Italy.   Poncho Lavezzi posted the photo to his twitter account demonstrating that if Jorge has no respect for the office then catholics underneath him will not either.  Lavezzi was voted the sexiest soccer player of the Ligue 1 by Tetu a French homosexual magazine.  He is a gay icon of  French soccer and part of the recent global push to have sodomite athletes ‘come out’.
Posted by hereisjorgebergoglio at 9:51 AM No comments:


I was in the elevator and I bumped into him. I said how should I refer to you now? The pope said, “Call me, Jorge, what else?” I started crying and he told me he wanted me to sit in the area set up for his family.


Posted by hereisjorgebergoglio at 9:04 AM No comments: