Francis gives a shout out to a heretic?

This past Friday, 4 April 2014, in a homily at the Domus Sanctæ Marthæ, Francis had some interesting remarks.  Quote from Radio Vatican, Pope Francis: Friday Mass in Santa Marta :

The prophets, said Pope Francis, “are all persecuted or misunderstood,” pushed aside – a situation that does not cease to repeat itself after Christ’s death and resurrection, but continues even in the Church. “When we read the lives of the saints, Pope Francis said, “how many misunderstandings [have there been], how many of the saints have suffered persecution… because they were prophets.”:

"Many thinkers in the Church were persecuted, as well. I think of one, now, at this moment, not so far from us: a man of good will, a prophet indeed, who, in his writings reproached the Church for having lost the way of the Lord. He was summoned in short order, his books were placed on the index [the list of works that were banned or restricted to experts because of their problematic, erroneous and even heretical content], they took away his teaching positions – and thus, this man’s life ended – and it was not so long ago. [Now] time has passed, and today he is Blessed. How is it, though, that he, who yesterday was a heretic, is today a Blessed of the Church? It is because yesterday, those who had power wanted to silence him because they did not like what he was saying. Today the Church, who, thanks be to God knows repent, says, ‘No, this man is good!’. Moreover, he is on the way to sainthood: He is a Blessed.”

“All the people whom the Holy Spirit chooses to tell the truth to the People of God suffer persecution,” said Pope Francis – and Jesus “is precisely the model, the icon.” The Lord took upon Himself “all the persecutions of His people.” The Holy Father went on to note that Christians continue to suffer persecution even today. “I dare say,” he added, “that perhaps there are as many or more martyrs now that in the early days,” because they tell the truth and proclaim Christ Jesus to a worldly society in love with ease and desirous of avoiding problems.”


Who was Francis referring to?  Any guesses?  We here at Call Me Jorge... believe we know whom Francis was thinking of - none other than Antonio Rosmini-Serbati, an interesting character to say the least.  Rosmini was always at the center of some controversy whether, it was the success of his religious order, his political intrigues as prime minister of the Papal States (which saw the loss of them), his theological disputes, or his writings.


His writings Of the five wounds of the Holy Church and The Constitution of Social Justice were condemned in 1849 and placed on the Index Librorum Prohibitorum  only to be "dismissed" shortly before he died in 1855.  To this day there is argument over what exactly "dismissed" meant.  The controversy which surrounded him in life continued on after his death when Leo XIII in 1887 condemned forty of Rosmini's propositions contained in his writings.  John Paul II in his 1998 work Fides et Ratio in paragraph #74 mentions Rosmini as one of the "great Christian theologians."  In 2001 Cardinal Ratzinger under John Paul II wrote the NOTE on the Force of the Doctrinal Decrees Concerning the Thought and Work of Fr Antonio Rosmini Serbati, which summed up (we are paraphrasing here) says, "Leo XIII's condemnations were good for their time but today we are smarter than Leo XIII and understand what Rosmini was trying to really say."  So keen on Rosmini was Ratzinger that in 2007 as Benedict XVI he had him beautified.  Since then, not much was heard about Rosmini until Francis' cryptic remark in his homily.  Interestingly, what Francis left out is that Rosmini submitted to the Holy See's decree which placed his two works on the Index Librorum Prohibitorum and he died piously.  In other words, he retracted his errors!  This is can be read in Denzinger's The Sources of Catholic Dogma under the section Errors of Antonius de Rosmini-Serbati in footnote #2.  The forty errors of Rosmini were contained in works published after his death and are proto-Novus Ordo.  It is little wonder John Paul II, Benedict XVI, and Francis think highly of him.

Below are the condemned forty errors of Rosmini from the book, Denzinger's The Sources of Catholic Dogma. 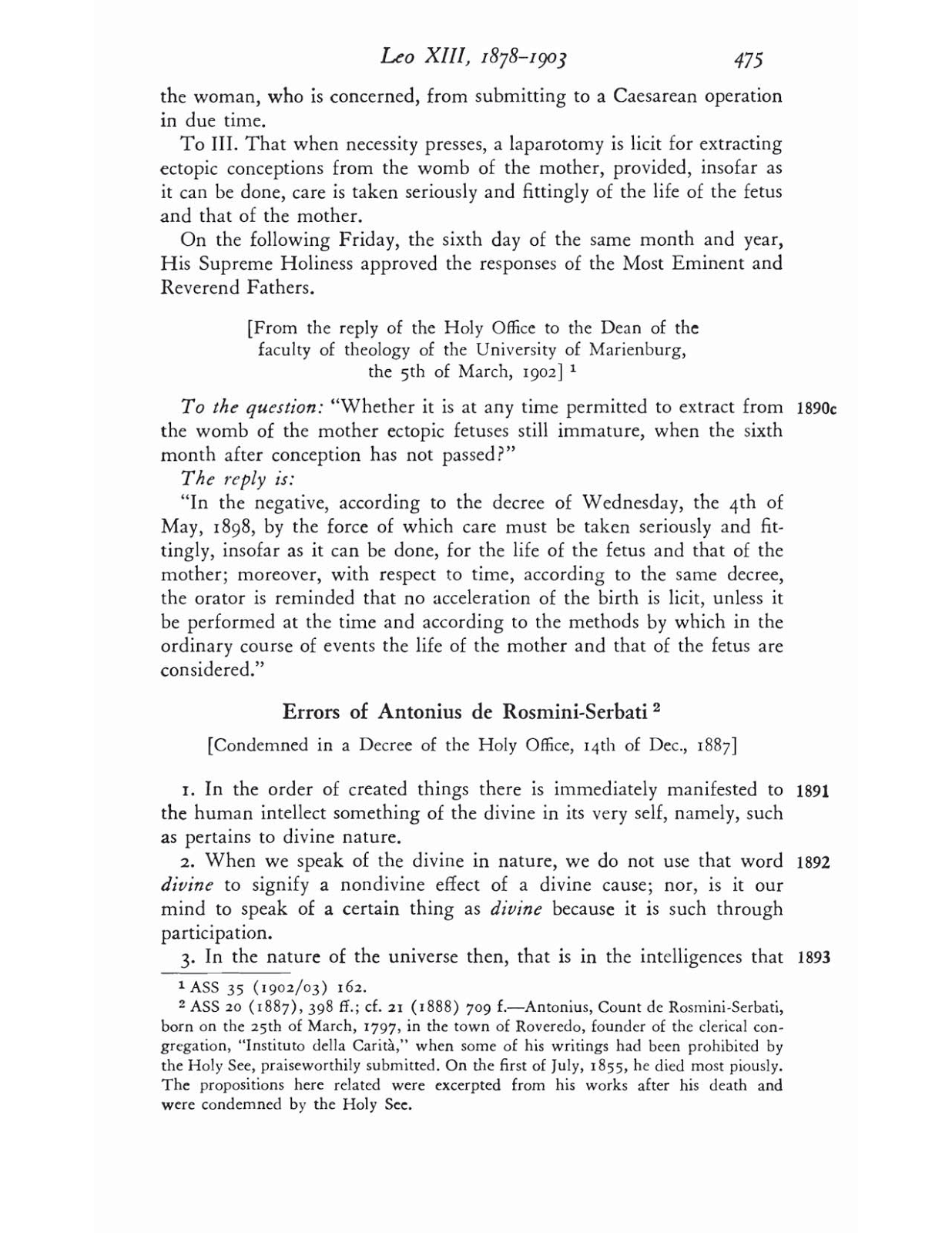 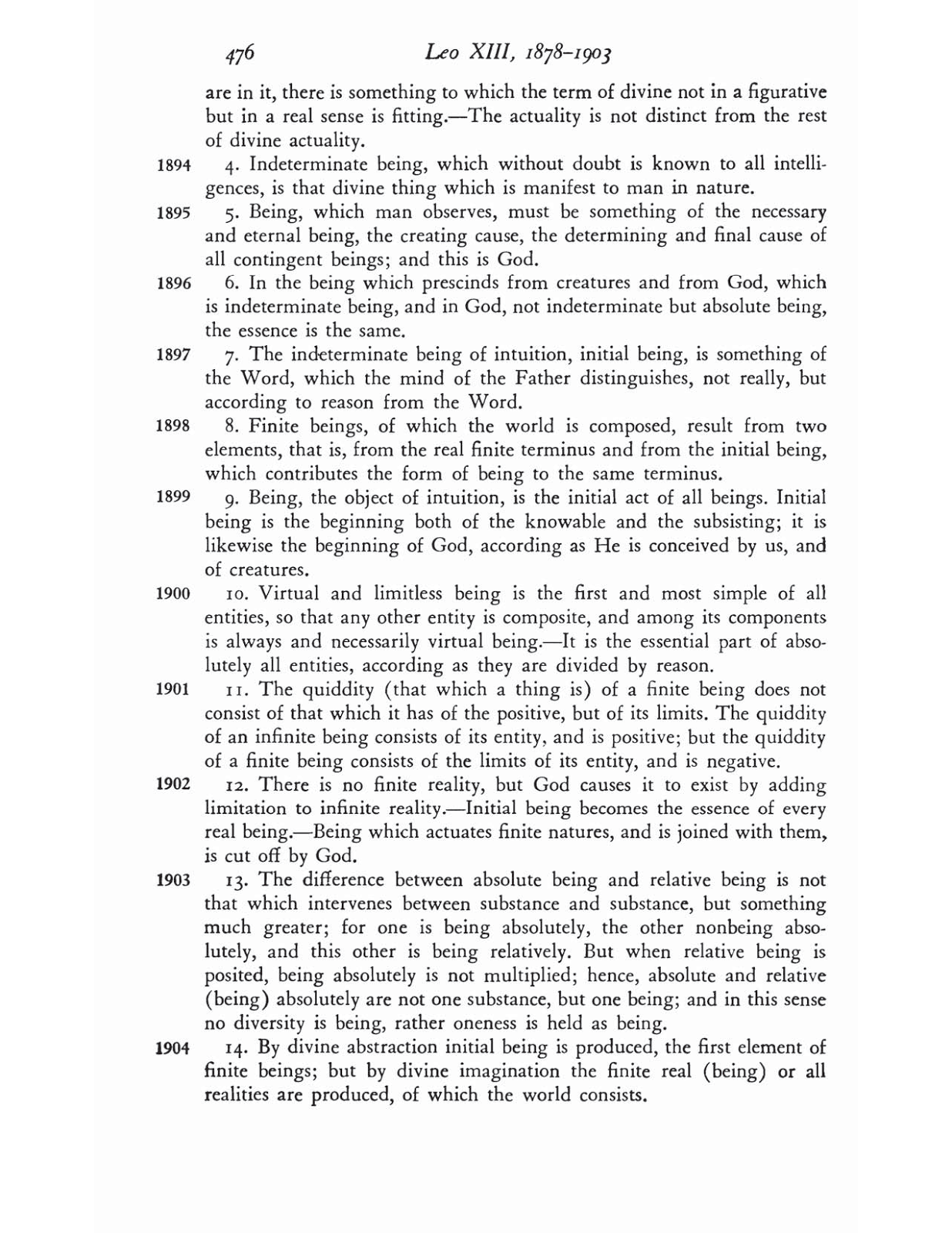 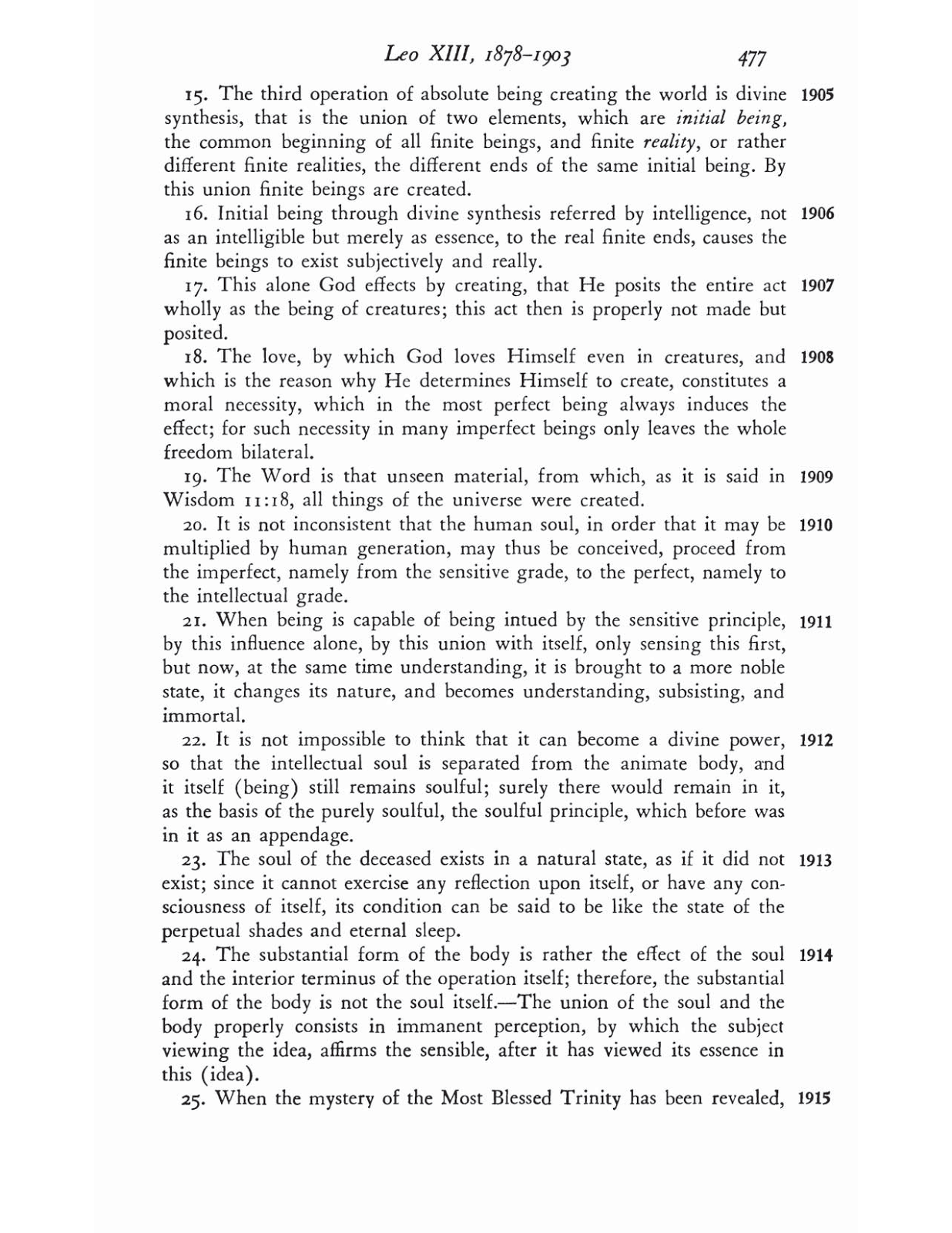 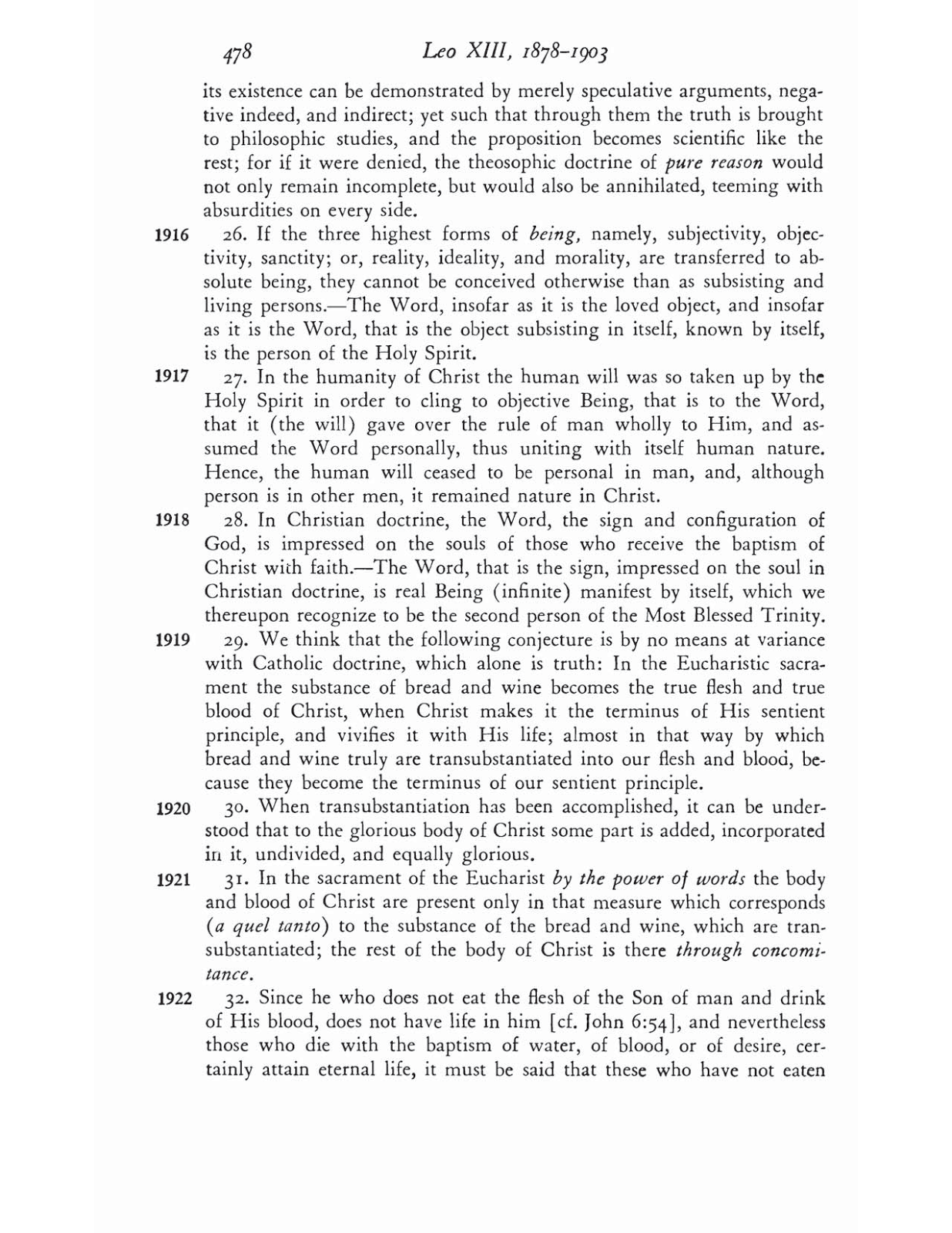 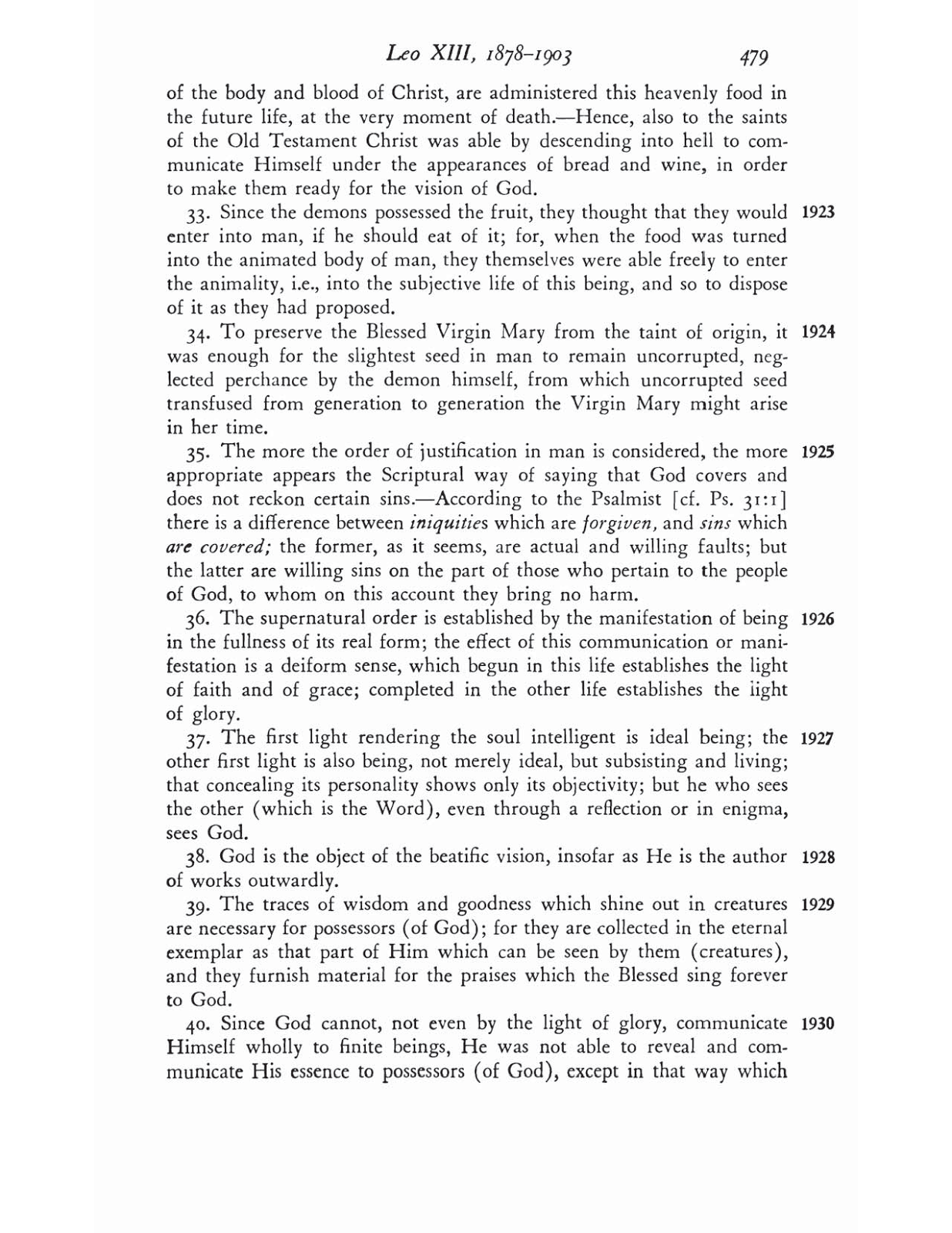 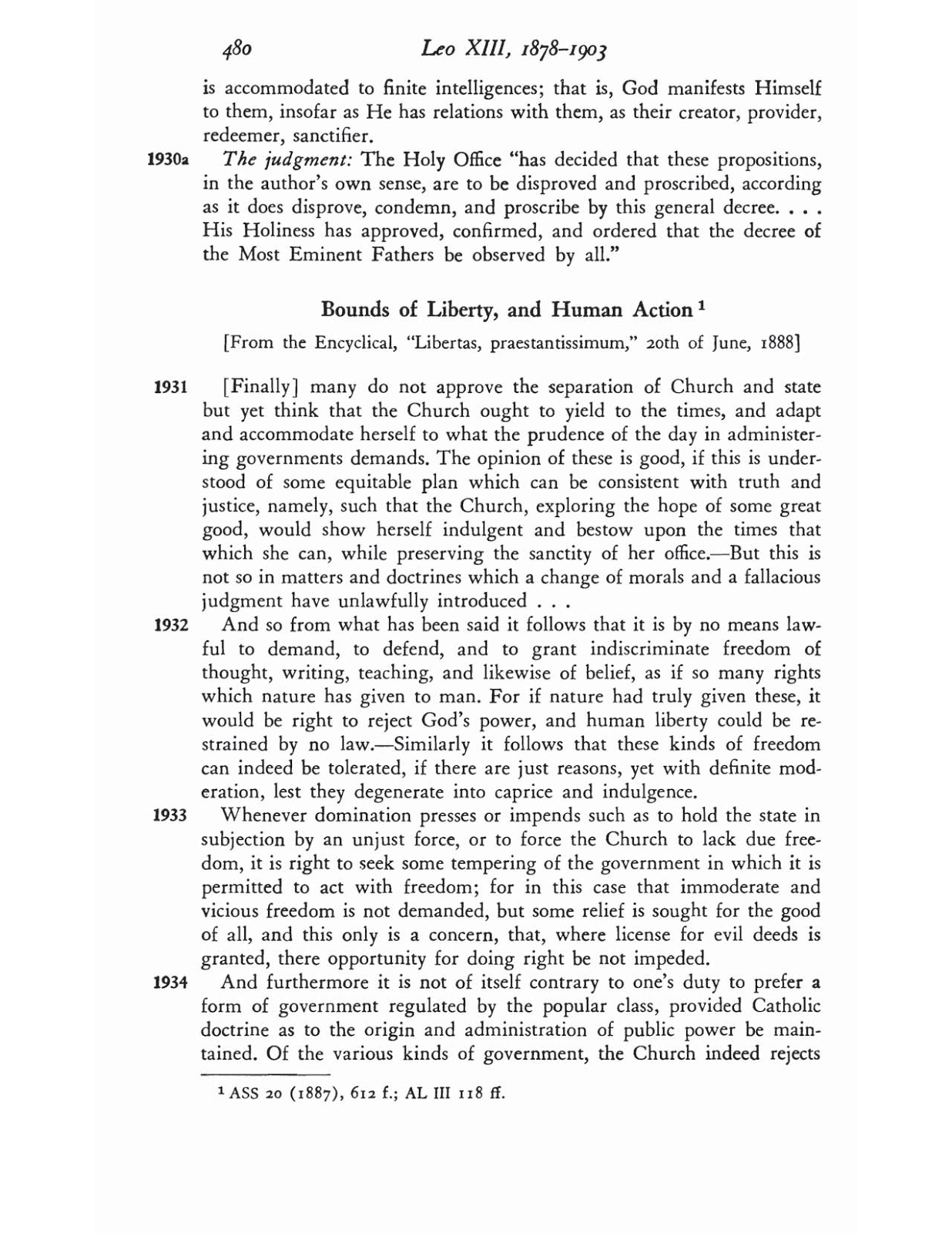 for more information on Rosmini :
Posted by hereisjorgebergoglio at 4:56 PM