The hand kissing starts at 4 minutes and
continues until the video finishes.

So why did Francis kiss the hands of six Jews?  The significance of this number comes from Gematria a system of numerology used by Jews.  Its practitioners are most often but not always steeped in the esoteric Kabbalah.  According to Rabbi Geoffry W. Dennis, in The Encyclopedia of Jewish Myth, Magic, and Mysticism on page 104, gematria "is a complex hermeneutic technique in which numbers are used to reveal messages in texts and thereby derive insight into the order of the universe."  As Rabbi Benjamin Blech relates in the last two pages of his book, The Secret of Hebrew Words,  the word TaShuVU (in English this translates as, "you shall return") is misspelled in the Torah. This has been done for a very important reason by God.  For when one adds up the numerical value of misspelled TaShuVU one gets the year 1948 AD (5708 jewish date). This is the year the state of Israel was founded!  Are you sitting down?  When you take the value of the missing letter, vav,  from the misspelled TaShuVU one comes up with the number six.  So the Rabbi Blech tells us this predicts the Jews shall return to Israel without six!  He then take a further leap of insanity and multiplies this by 1,000,000 to get the 6,000,000 who perished in the holocaust.  This is the religion Francis esteems so much!  We couldn't in our  wildest imaginations make this stuff up!

Once again we see Francis turning papal protocol on its head.  The last time we saw Francis kiss a hand, it belonged to the 93 year old Salesian priest Don Michele De Paolis who believes sodomy is a gift from God and the Church is in error.  (click here to read about Don Michele) At Yad Vashem, Francis kissed the hands of six people of both sexes.  Is he the sovereign of the Holy See or not?  Kissing another person's hand in Church protocol is a gesture of formal submission.  Are these six people somehow living saints or examples to be revered by members of the Novus Ordo church?  Any way we try to spin it, to us at Call Me Jorge... it seems like Francis is groveling towards his Talmudic brethren.  In interview number ? (who knows we've lost track of which interview he is currently granting) Francis said, "But my gestures were not pre-planned, I just do what comes to me spontaneously."  Maybe Francis' inner Jew, recognized a kindred spirit in those six people and spontaneously moved him to action?

So dear reader to recap, Francis kissing the hand has a triple meaning:


And to think, we haven't even gotten around
to what Francis said! 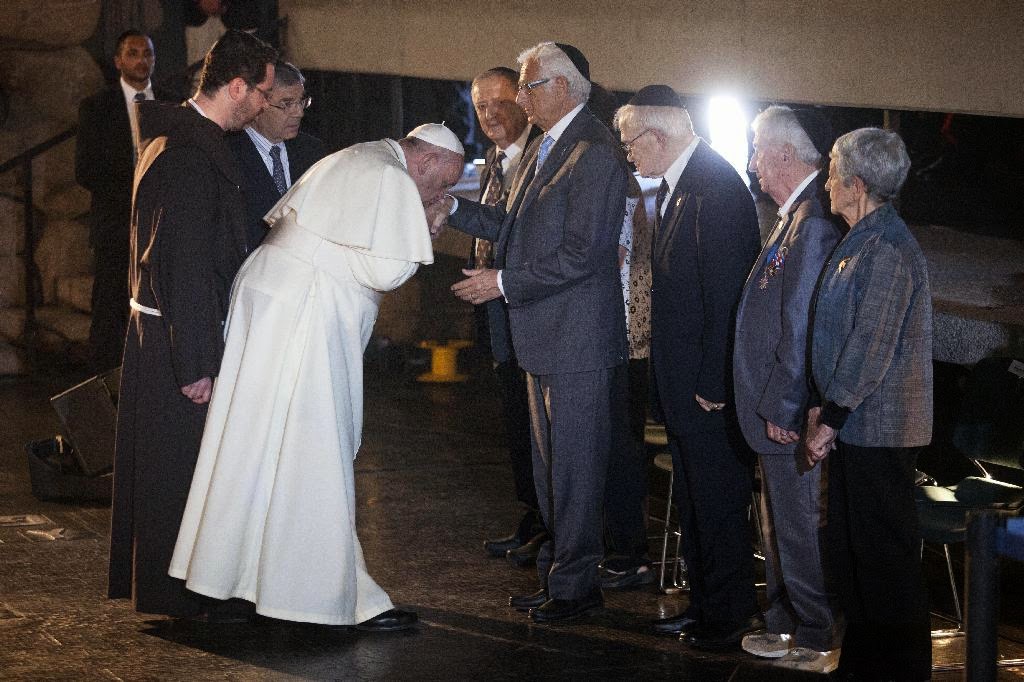 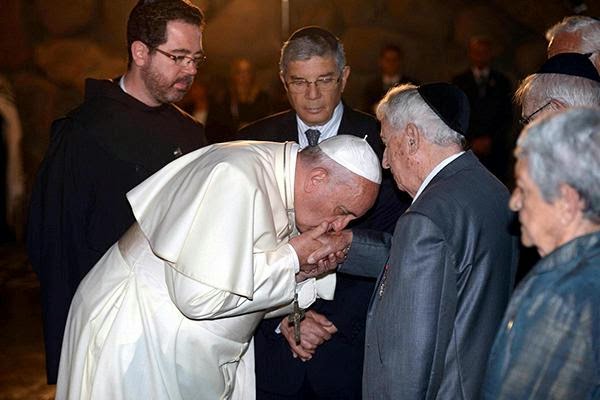 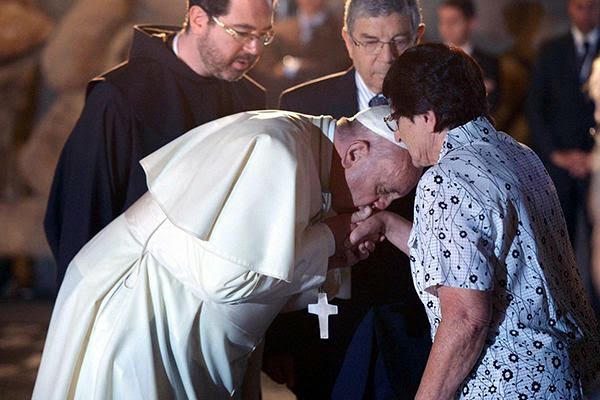 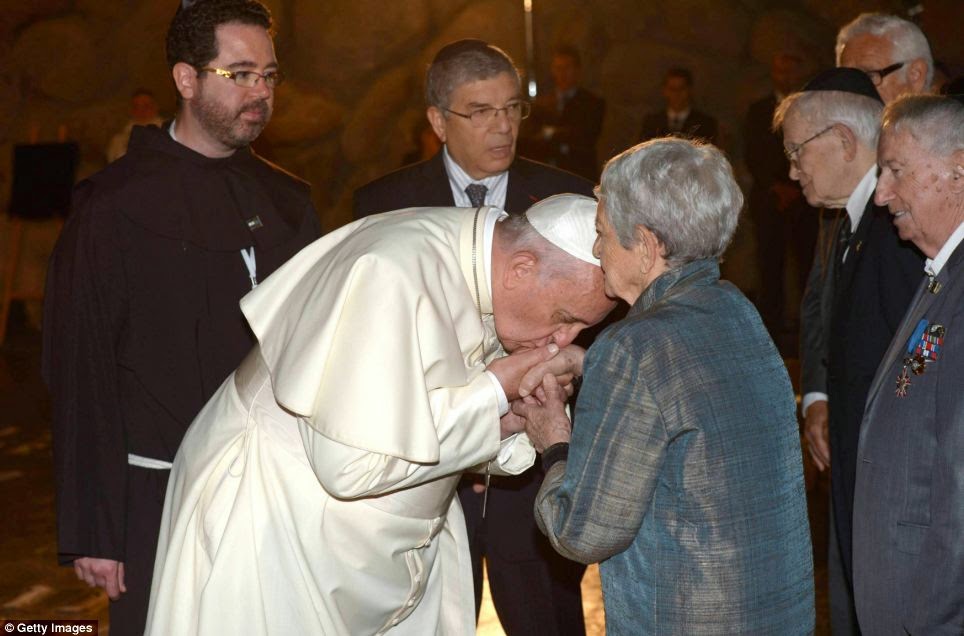 
Posted by hereisjorgebergoglio at 1:43 PM