the triumph of Theodor Herzl 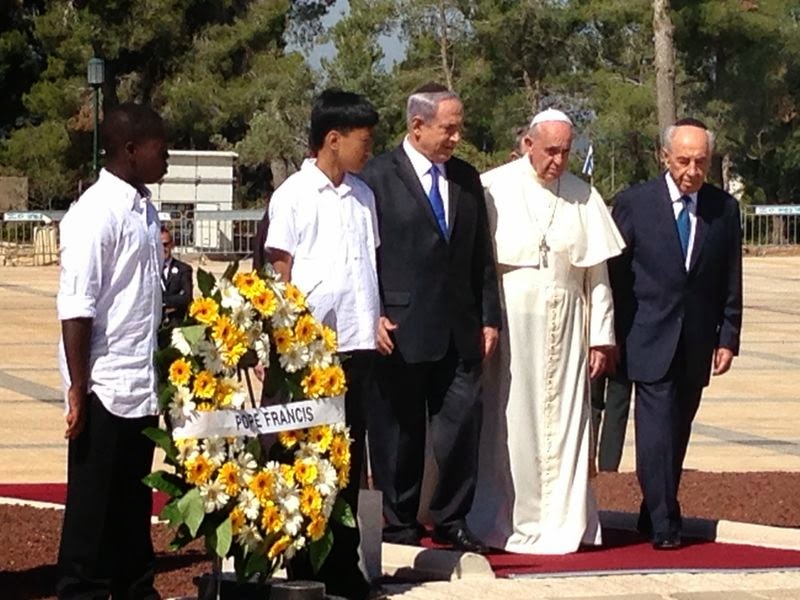 On Monday, May 26, 2014, Pope Francis laid a wreath at the tomb of Theodor Herzl, assisted by two Catholic children, Brian and Gidi, children from the migrant worker communities in Israel. Both children were born in Israel and are Hebrew speaking. 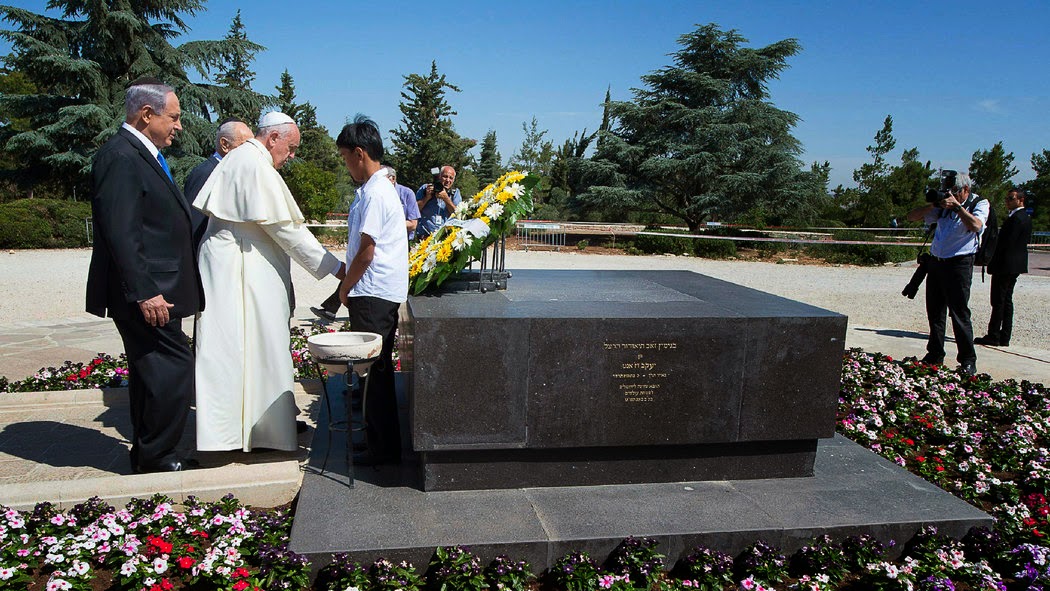 Here is one Israeli's perspective on Francis' visit to the grave of Theodor Herzl and the signal it gives the world as to whether  Pope St. Pius X or Theodor Herzl, the founder of Zionism, was the winner in the idea of a Jewish homeland.  (Click here, to read the article on the Israel Hayom website.)  The underlines & bolds in the article below are ours for emphasis.


Closing a circle
by Uri Heitner

On Jan. 23, 1904, six months before he died, an exhausted Theodor Herzl met with Pope Pius X. The multilingual Herzl tried to gauge whether the pope would support the Zionist movement, and lobbied him in Italian.

But the pope's response was unequivocal -- he was outright against the idea of founding a Jewish home in the Land of Israel, and he opposed in principle the idea of recognizing the Jewish people.

"The Jews have not recognized our Lord, and therefore we cannot recognize the Jewish people," he said.

Despite this stance, Pius was not opposed to Jews immigrating to the Land of Israel.

"We pray for them, that their minds be enlightened ... and so, if you come to Palestine and settle your people there, we shall have churches and priests ready to baptize all of you," he said.

Pius stressed that Jerusalem "must not fall into the hands of the Jews."

"The Jews, who ought to have been the first to acknowledge Jesus Christ, have not done so to this day," he said.

Some 110 years later, Pope Francis is holding an official state visit in Israel, the nation-state of the Jewish people and its capital, Jerusalem. All the trappings of sovereignty are on display during this visit. The pope was scheduled to meet with President Shimon Peres, Prime Minister Benjamin Netanyahu, and the chief rabbis; he was to visit the Yad Vashem Hall of Remembrance and the Western Wall.

But in my view, his visit to Mount Herzl was the crown jewel of the visit, because it meant closure. It has a single overarching meaning: Zionism has triumphed.

The rapprochement between the Holy See and the State of Israel was long and laborious. Pope Paul VI's visit to Israel in 1964, which lasted just 11 hours, was a milestone that bode well for bilateral relations as it allowed de facto recognition of the Jewish state. He refused to meet with Israeli leaders in Jerusalem, as this would have been interpreted as a recognition of Jerusalem as its capital. President Zalman Shazar and Prime Minister Levi Eshkol put their pride to one side and agreed to meet him in Megiddo. Only 30 years later did Israel and the Holy See announce the opening of formal diplomatic relations; it took another six years for a pope to make an official visit.

Israel is often portrayed as a pariah state, an entity whose control over contested territory has turned it into an outcast. But that is a far cry from Israel's real standing on the world stage. In 1964, three years before the Six-Day War, when Jerusalem was still divided and Judea and Samaria were still under Jordanian rule, Israel's image was much worse than it is today. Pope Paul VI's visit and the way he conducted himself during his pilgrimage attest to that.

Pope Francis' visit to Mount Herzl was a tribute to the visionary who foresaw the establishment of the Jewish state. His predecessor refused to make the same gesture. Herzl has won; his vision is being realized. Yes, Israel still faces a delegitimization campaign, some seven decades after its founding (this effort is embraced by some inside Israel, as well,) but its overall standing on the world stage is on the rise. Not for nothing do world leaders keep coming. One almost feels as if there is a constant airlift to Israel. The greatest performers hold concerts here, too. Israel has also enjoyed a boost in its economic ties worldwide. This is the triumph of Zionism. The pope's visit to Mount Herzl attests to that.

Posted by hereisjorgebergoglio at 12:19 AM