...Francis arrives in the Holy Land?

A little less than two hours after Francis arrived in Jordan, the Arava Valley area on the Israeli / Jordanian border had an earthquake with a magnitude of 4.6.  Not a big enough earthquake to kill people but one which was certainly enough to shake them up. 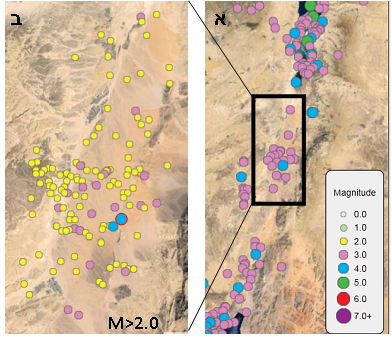 The earthquake of 26 May 2014 is the bigger of the two blue dots in the picture on the left.

It was the biggest earthquake in the area since this chart's data start point in 1984.

Some say this is a coincidence...well we say these coincidences are happening all too often.  They have to be signs.

And dear reader don't forget the fire which took place in Bethlehem soon after Francis left on the EL AL jet to return to Rome.

Posted by hereisjorgebergoglio at 4:22 PM