Francis once again tips his hand showing who is important


On the occasion of the 20th anniversary of the tragedy at the AMIA, I would like to express my solidarity with the Jewish community of Argentina and with all the family members of the victims, be they Jews or Christians.  It is now 20 years since this tragedy, since this lunacy happened. Terrorism is lunacy. Terrorism’s only purpose is to kill. It does not build anything, it only destroys. For this reason, I stand side-by-side with all those who have seen lives cut short, hopes destroyed, and ruin. I have said that Buenos Aires is a city that needs to cry, that still hasn’t cried enough. Even if it is commonplace, I repeat: We need to cry.  We tend to archive things in order not to burden ourselves with history, with suffering, with things that could have been beautiful but weren’t.  And therefore, it costs us a lot to find ways to reach justice, to face the damage this tragedy has inflicted upon society.  Today, together with my solidarity and my prayers for all the victims, comes my desire for justice. May justice be done!  God bless you all, the institutions and the families. And may God give peace to all those who died in this act of lunacy. 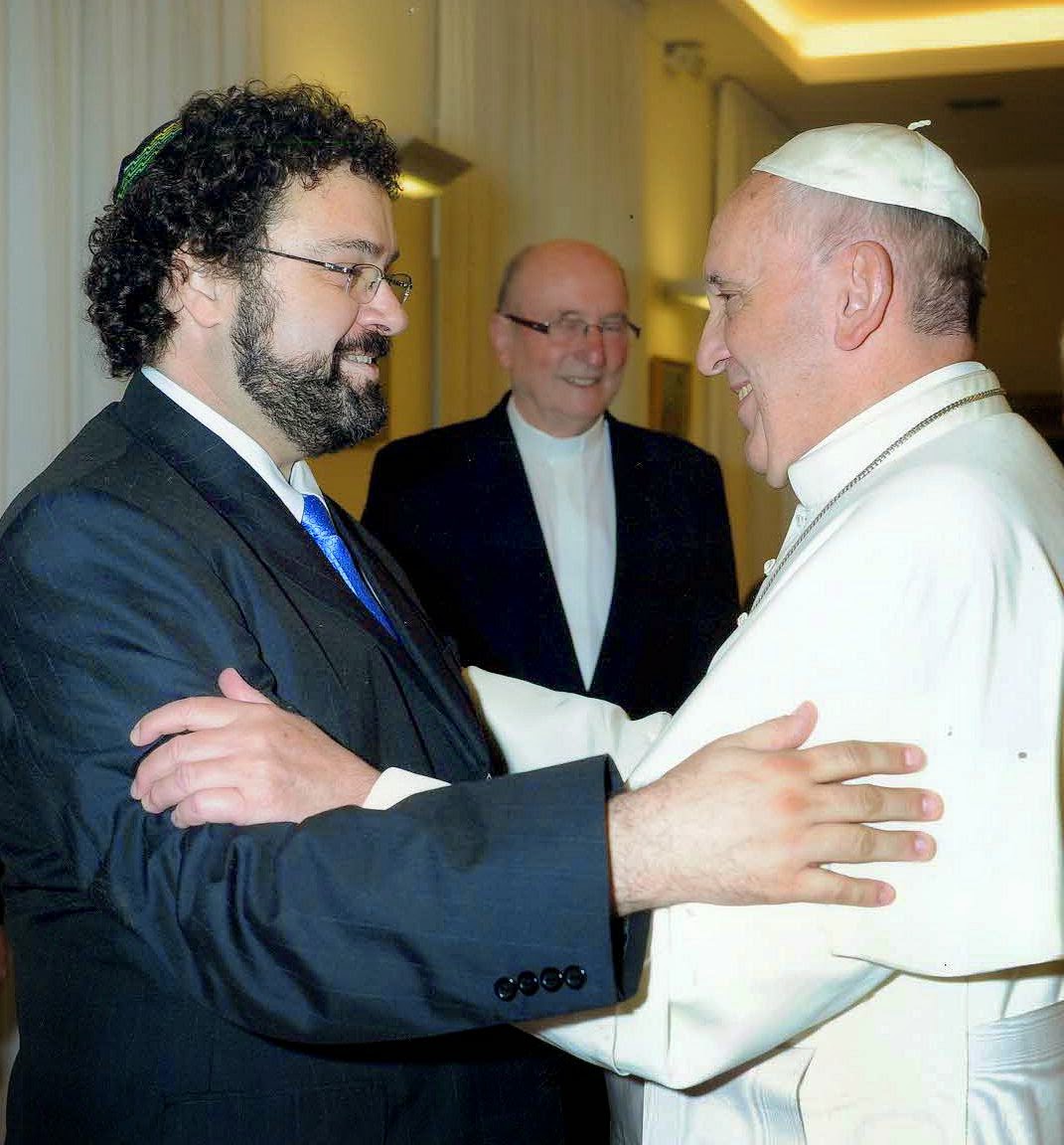 Claudio Epelman, the director of the Latin American Jewish Congress, recorded the video on his cellphone. It was made to be shown at the Friday memorial service to for the 20th anniversary of the AMIA bombing in Buenos Aires. 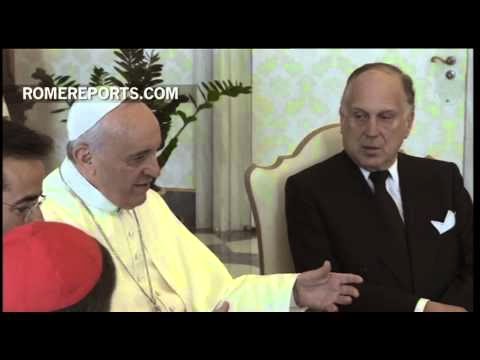 
"This special gesture may be the first time any pope has recorded such a message. We thank Pope Francis for his heartfelt message and want to express to him our profound gratitude that he has chosen to make his opinion known so forthrightly on this sorrowful anniversary. The world needs to hear this message and heed its call for solidarity with the victims and desire for justice.”


"Long ago, Argentina’s judiciary presented evidence that the AMIA bombing was ordered and masterminded by senior officials in the Iranian government of the time, and carried out by Hezbollah operatives. It even presented Interpol with the names of the alleged perpetrators, which in turn issued red alerts calling for their capture, but none has been apprehended or prosecuted. Twenty years on, it’s high time to close this chapter and bring those who committed this act of terror to justice.”

Call Me Jorge... finds it humorous Francis is calling for justice in this bombing as is Ronald Lauder when according to Itzhak Aviran, Israel’s former ambassador to Argentina from 1993 to 2000,


“those who perpetrated the terror attack against the AMIA building have been dispatched to the other world. We (Israel) did that!”

Could all the conspirators please get together and at least get their stories straight?  According to Adrian Salbuchi's, Israel’s False Flagsover Argentina,


Thus, inexistent car bombswere invented out of thin air; Syrian and Iranian “connections” were suitably falsified, as seven weak and corrupt Argentine judges heard these cases over the past two decades.

One judge on the AMIA case – Juan Galeano, since impeached – even allowed the then president of DAIA Ruben Beraja (later jailed for the fraudulent collapse of his bank, Banco Mayo) to bribe a shady car dealer named Carlos Telleldín to the tune of US$ 400,000 so he would falsely accuse a non-existent “Syrian Connection” that would in turn lead to an “Iranian connection…”

The AMIA attack’s car bomb theory was all based on a small scrap of metal carrying a van serial number that was found inthe ground zero rubble by…. a “lucky” Israeli intelligence officer!!  (…it kind of reminds you of Mohamed Atta’s intact passport found on World TradeCentre’s ground zero by the “lucky” FBI, doesn’t it?)

Having written about this recently in, Blast from the Bergoglio past (2004), which showed one of the effects of the bombing was making Holocaustry part of the Novus Ordo diocesan curriculum in Argentina, leads us to wonder what now?  Why this video?  In Francis' quest for peace in the world he is always quick to sympathize with his fellow Talmudists but rarely does he sympathize with their enemies or criticize the Talmudists for the murder of them.  When he does offer sympathy it is in a backhanded manner as the photo below shows. 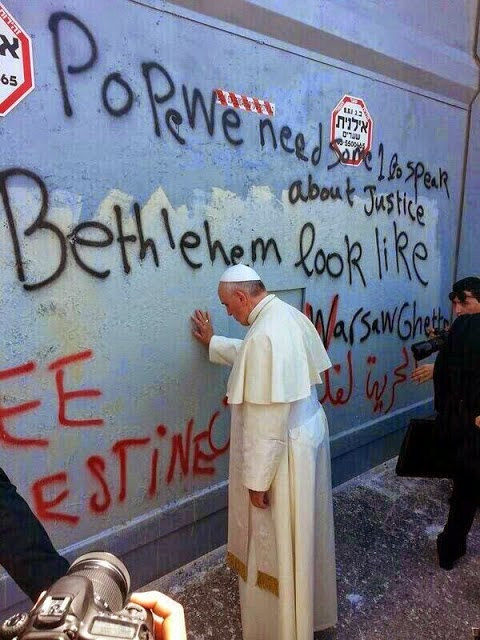 We believe he created this video to further process minds around the world into the rabbinical lie that Talmudists are superior beings and we need to cry for them.  Forget Our Lord, His Passion, and His Crucifixion!  The imagined and real persecutions and slights against the Talmudists are what is important today!  Is Francis making videos for the Christians dying around the world?


For those interested in the false flag event of the AMIA bombing, we have included the English language version of Adrian Salbuchi's excellent talk on it.  Thanks to Maurice Pinay for sending us the links to the videos and providing the photo of Francis at the 'separation wall'.

Posted by hereisjorgebergoglio at 1:24 PM