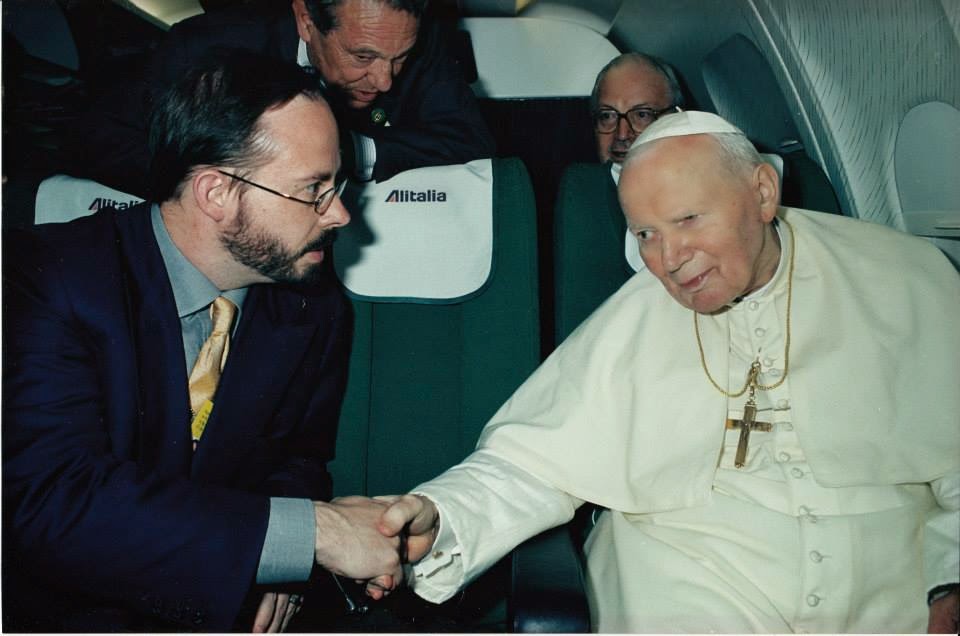 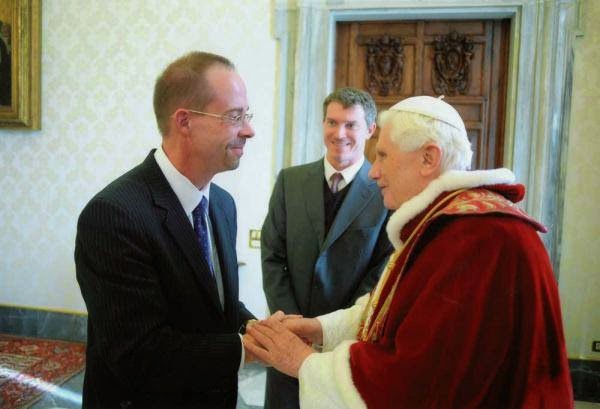 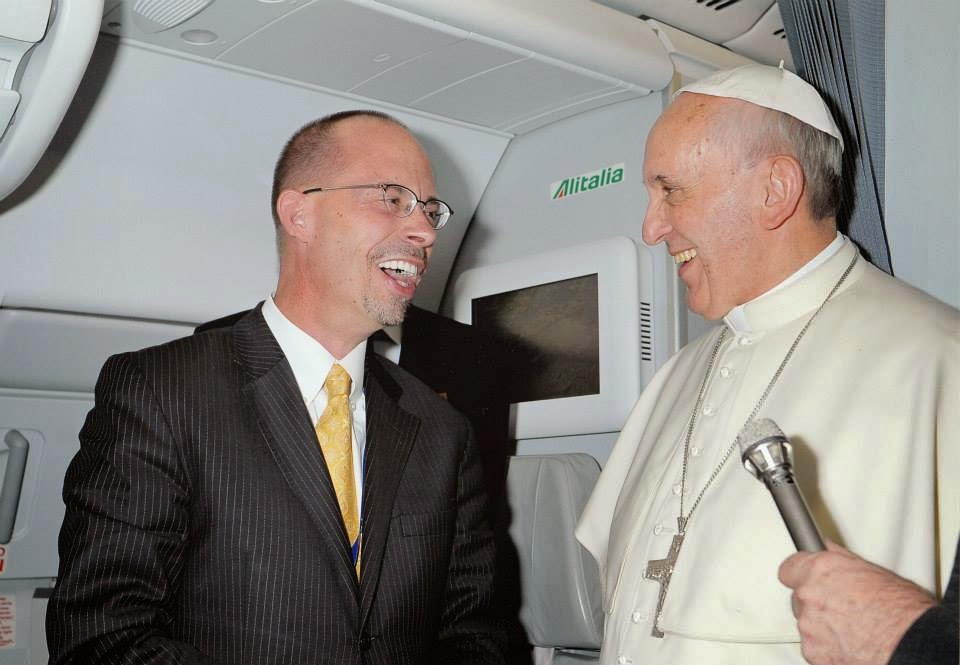 Before we get to John Allen's talk, a little background on the man.  Allen is an insider's insider at the Vatican having covered the beat for 16 years.  He is currently an editor at the Boston Globe where he also writes about religion and Francis.  One can listen to Allen on NPR or watch him on television on CNN where he is the Vatican correspondant.  Allen has written, not one but two biographies of Benedict XVI, a book on New York's laughing cow Cardinal Timothy Dolan, and a puff piece on Opus (Ju)Dei.  Here is where it gets interesting.  John is considered an expert of Catholic/Jewish relations and for the past two years has been the headline speaker at the Anti-Defamation League of B'nai B'rith's National Executive Committee Meeting.  One other thing, John's wife is Shannon Levitt and yes she is a practicing Jew.  Notice on her necklace in the photo below a ✡. 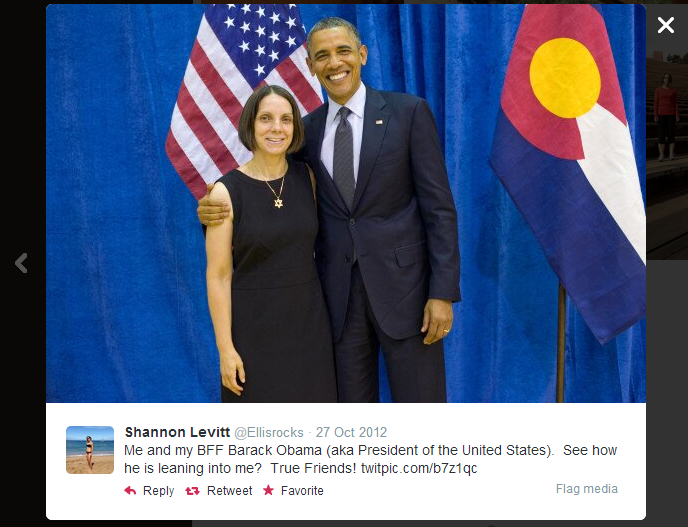 Shannon Levitt a supporter of Obama!

So where is all this leading?  Sometime in September the Boston Globe is going to launch a Francis website.  The topics will be Francis, Catholicism, and the New Evangelization.  Mike Sheehan, CEO of the Boston Globe said,

“Don’t think of this site as the place you go to buy statues you bury in the backyard.  It’s going to be news and analysis of all things Catholic.”


Joining John L. Allen, Jr. at this new website will be; Teresa Hanafin, San Martin, Michael O’Loughlin, and Christina Reinwald.  If we are to speculate, Call Me Jorge... and other Catholic websites have been so effective countering the lies told about Francis in the establishment media that they now need a full time website to tell you what to think about Francis.  We doubt if any of these stories will be covered by them:

If you haven't read the entry, a reader comments on 'FOBs' the Friends of Bergoglio, showing how Allen plays a very important role in framing the language and topics to be discussed about Francis, then  we urge the reader to do so.  Without further ado, here is John L. Allen telling the audience not to panic as Francis is catholic.  The problem is we just haven't ever had such a humble man in the papacy before and it's going to take some time to get used to it.

The Francis Revolution: The Papacy at the One-Year Mark

Posted by hereisjorgebergoglio at 5:24 AM