The man centered religion of Francis, of the Novus Ordo Missae, of the second Vatican Council, and of the New World Order 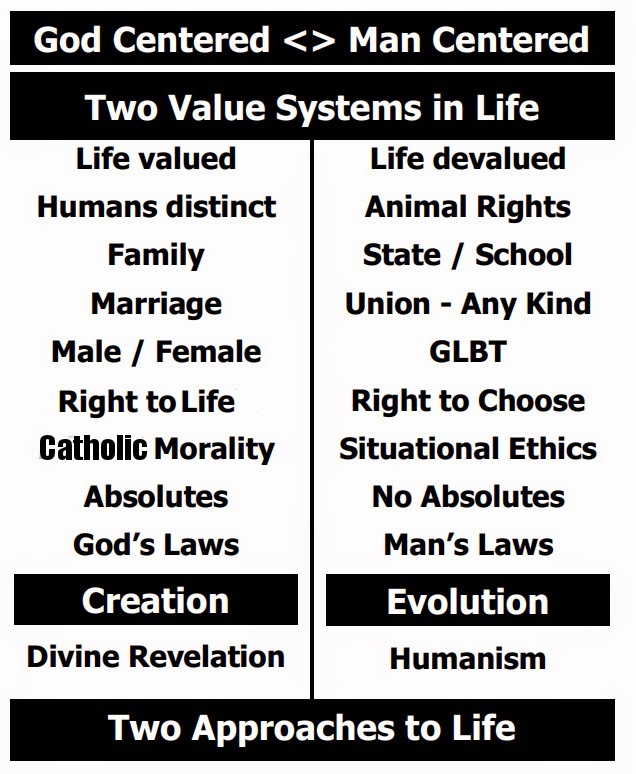 Francis gathered together scholars, business representatives, and people from international organizations (you know those NGOs he is always whining about) to discuss how to better implement the social policies he discussed in his apostolic exhortation Evangelii Gaudium.  Seventy attendees listened to him talk for two days about the "inclusive economy" behind closed doors.  Some of what Francis said in his address has leaked out.


"What is happening to humanity at the moment is what happens when wine becomes brandy: it passes through a phase of distillation, in organizational terms. It is no longer wine, but it is something else: perhaps more useful, more qualified, but it is not wine!"

He said that for mankind, it is the same: "man passes through this transformational phase and ends up – and I am serious – losing his humanity and becoming a tool of the system, a social and economic system, a system where imbalance reigns. When mankind loses his humanity, what happens to us? What occurs is what I would describe in simple terms as a throwaway policy or sociology: what is no longer useful is discarded, because man is not at the centre. And when man is not at the centre, there is something else in his place and man is at the service of this other thing."

"The idea, therefore, is to save mankind, in the sense of restoring him to the centre: to the centre of society, of thought, of reflection. Restoring mankind to the centre. You do good work. You study, reflect, hold conferences for this reason – so that mankind is not discarded."

Why is it everything in the Novus Ordo church is always about man?  Pope Leo XIII in the Encyclical, Tametsi Futura Prospicientibus, point #13, wrote,


The world has heard enough of the so-called "rights of man." Let it hear something of the rights of God.


For example one seees it in their Mass.  What about the Kingship of Christ?  Isn't the Holy Eucharist is the center of Catholic worship?  Is it not the heart of Catholic life?  Why have men erected beautiful cathedrals and adorned them with exquisite sculpture and priceless paintings?  So man could be exalted?  We don't think so!  The most magnificent liturgical ceremonies of the Catholic Church are directed toward honoring the King of kings through the Christ instituted Mass of the Ages, the Tridentine Latin Mass.   Oh we forget, the Novus Ordo Missae is man created, man centered worship.   What else does Francis need to say for people to realize this man is a fraud?

Which is the religion founded by God and pleasing to Him? 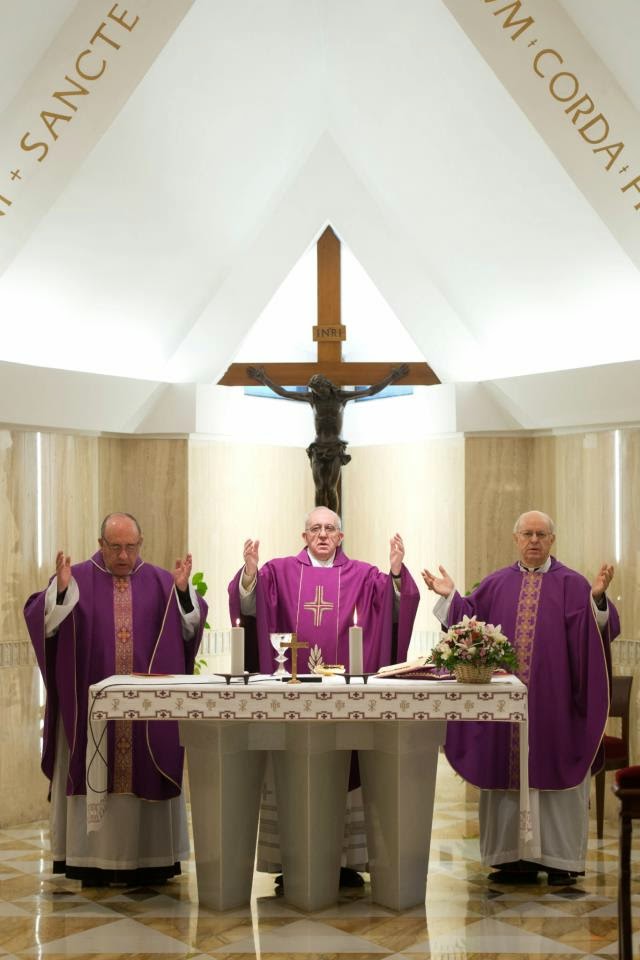 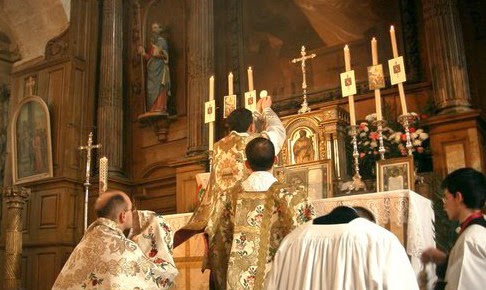 The God instituted Mass of the Ages, Tridentine Latin Mass centered on Christ.

Posted by hereisjorgebergoglio at 11:18 PM