Francis recently met 'privately' with victims of clerical sexual abuse at the Vatican.  This was nothing more than a PR stunt. (see, It's official, it was a PR stunt!)  Francis' record on clerical sex abuse is not good. (see, Francis caught fibbing?  Nope, telling an outright lie!)  That is not what what is of concern to us today, rather it is what he said.  One of the victims, Marie Kane, gave an interview to RTE Radio 1 about the meeting with Francis.  At the very end of the interview (listen to it below) she shared this,

"I'll never get my faith back.  I don't think I'll ever go back, to the church. And actually the pope, I said that to him. And he said,  "You know you don't need, you don't need to be in the church, you are part of the church, you don't physically need to be in it, inside it you know to be part of God's family like."  So little messages like that were really nice, you know. He put thought into what he said to me today.  It wasn't just answers off the cuff. So a very positive experience, for me."

Does that sound like the Vicar of Christ speaking?  Or a heretic? 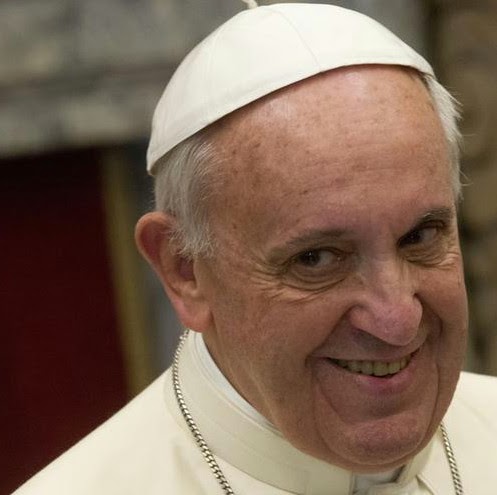 Francis the Noahide modernist was just...

(To listen to full interview, Marie Kane, a survivor of clerical sexual abuse, speaks of her meeting with Pope Francis, on RTE Radio 1 click here. Excerpt starts at 8 min 42 secs.)
Posted by hereisjorgebergoglio at 6:11 AM